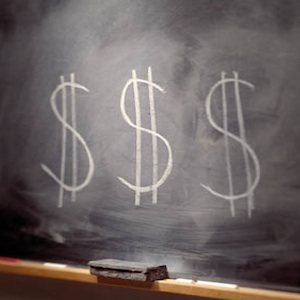 Following the unearthing of massive corruption in two prime government departments of Pakistan — the National Insurance Company Limited (NICL) and the Haj ministry — it’s the Federal Directorate of Education (FDE) that is now rocked by allegations of corruption. While the Haj ministry and the NICL were found to be involved in unprecedented corruption in land and contract deals, the FDE has been accused of making hundreds of illegal appointments of teaching and non-teaching staff, and forging documents and tampering with official records to make money through “fake” reinstatement of sacked employees.

In 1998, the Nawaz Sharif government sacked 640 workers, who had been hired by the Benazir Bhutto regime in the FDE in 1995 and 1996 through an employment bureau, on the grounds that the jobs were given to a select few on the basis of their political affiliation rather than on merit. After returning to power in 2008, the PPP ordered the reinstatement of nearly 18,000 sacked employees from the Oil and Gas Development Company (OGDC), Pakistan Petroleum Limited (PPL), Sui Northern Gas Pipelines (SNGPL), Sui Southern Gas Company (SSGC), Pakistan International Airlines (PIA) and the FDE, and payment of arrears to them for the period when they remained unemployed. Since the arrears amounted to millions in each case, someone in the FDE decided to make his millions by forging National Identity Cards (NICs) and paying arrears to “fake” employees.

Athar Tahir Chaudhary, federal secretary education and principal accounting officer by virtue of his official position, concedes there have been illegalities in the reinstatement of employees in the FDE. However, he maintains that the ministry has already ordered an inquiry into the reinstatement of the 640 sacked employees. But these orders are being viewed merely as a bid to hush up the case. In fact, so far no action has been taken against those who prepared fake documents such as NICs, to reinstate the employees.

Meanwhile, Shaheen Khan, FDE’s director general, in an interview with a Pakistani weekly, contests Chaudhary’s claim that NICs were forged by officials in her department to reinstate “fake” employees. She also denies that an enquiry is underway. “Why should we be questioned by anyone when we are not guilty of any wrongdoing,” counters Khan. However, dozens of letters by the Accountant General Pakistan Revenue (AGPR) to the FDE and the federal education secretary belie Khan’s claims. The correspondence points to a major fraud allegedly involving billions of rupees in 2010 in the reinstatement of sacked employees, and the redesignation and hiring of new staff to the FDE in Shaheen Khan’s tenure.

Around the same time when in-house investigations into allegations of forgery and corruption were underway in 2010, the FDE, despite its existing 11,000 teaching staff and more than 2,500 non-teaching staff, made additional appointments in the hundreds in 2010. Posts that didn’t exist previously were created to accommodate the influential political elite. In many instances bribes worth Rs 200,000-Rs 300,000 were allegedly taken from people in order to employ/reinstate them. The political elite got their candidates accommodated through their touts, who made money for their masters by selling ‘jobs’ to those desperately seeking employment.“FDE officials demanded Rs 50,000 from me for a grade 16 science teacher’s post. I was so desperate for a job, that I borrowed the money to pay for it,” says Shahina Bibi, who holds BSc and BEd degrees. “I was delighted that I was finally getting a job. However, when I approached the FDE official after a couple of weeks, he told me that the rate for the same post had risen to Rs 300,000, which of course I could never afford to pay.”

An official on condition of anonymity says, “I know of many FDE employees who made money off poor job-seekers, but since they have clout, they will never be held accountable.”

Allegedly, the FDE authorities have added their own men to the lists of illegal appointments that were never approved by the competent authority. In fact, the lists were changed thrice. Initially, a list of 407 sacked employees was provided by the FDE to the AGPR, who is tasked with the responsibility of releasing the salaries of government employees. This was followed by another list of 121 different names. After a few days, the FDE sent a third list of 100 sacked employees declaring the first two lists as being invalid. The fact that the FDE presented three different lists at regular intervals is indicative of the huge fraud committed in the reinstatement of sacked employees.

The AGPR asked the federal education secretary to authenticate the two subsequent lists provided by the FDE for reinstatement of sacked employees. The AGPR’s letter of September 29, 2010, read as follows: “As is evident from the FDE’s two lists, names of 121 employees have been removed from the first list, making the entire process fraudulent and dubious… urgent attention from you [is required] to provide the correct information to AGPR for stopping ghost payments to fake sacked employees.” It further stated that the practice of paying bills of erstwhile sacked employees by the school authorities would be discontinued immediately and all such claims would be dealt with at AGPR counters. The AGPR also said, “Tampering with sacked employees’ lists indicates presence of fraud in the finalisation of the cases. You are requested to investigate the issue thoroughly and fix responsibility against those officials who committed the crime.”

The AGPR wrote another letter to the federal secretary education on November 4, 2010, stating: “Earlier, the FDE sent a list of 407 employees for reinstatement who were reinstated and subsequently payment of arrears was made to them, but later the list was changed to 100 sacked employees. Hence, the payment drawn by more than 300 ‘fake’ reinstated employees [should] be recovered and action must be taken against those who sent wrong information intentionally or otherwise to the AGPR.”

The AGPR further refused to entertain the FDE’s request for the release of salaries to the additional staff appointed by them. The AGPR said that the FDE never sought the approval of the competent authority — the education ministry — to hire additional teaching and non-teaching staff. Hence, the entire procedure, from hiring to the FDE request for the disbursement of salaries to these illegal appointees was in violation of the rules and the procedure. “The FDE advertised for 170 posts in the press sans the approval of the competent authority and later on, conceiving the plan as a golden opportunity to offer jobs to its favourites, enhanced the list to 670,” said the AGPR.

The AGPR wrote several letters to the federal education secretary, asking him to investigate the fraud and take action.

Incidentally, the FDE viewed the AGPR’s repeated questioning as a serious threat to its sovereign authority and took the matter to the Prime Minister’s Secretariat for “immediate action.” In fact, they accused AGPR officials of demanding money for releasing the salaries to its employees. The matter took a serious turn with accusations flying back and forth; subsequently, the PM’s Secretariat sent the case to the finance division for investigation. The division investigated the matter and submitted its report to the secretariat, saying, “FDE had violated the rules and offered a select few candidates jobs without the formal approval of the relevant authority.”

Mr Chaudhary, however, continues to deny having any information regarding the fresh appointments; “I cannot believe that the FDE would hire 670 employees against 170 advertised posts.” However, he has promised to probe the issue and take action in case of any violations. Whether he will, remains to be seen.