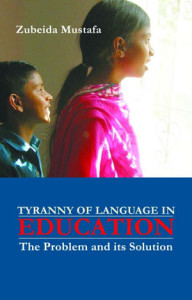 When the Bengali language movement started, leading to the killing of students on February 21, 1952, no one — and certainly not the establishment in West Pakistan — thought that in the second decade of the 21st century, this date would begin to be commemorated by the UN as International Mother’s Language Day. Bengalis have been known to be passionate about their mother tongue. But apart from the passion, perhaps they realised early on that language is an instrument of power and control. Consequently, they rejected vociferously, Governor-General Jinnah’s decision to make ‘only Urdu’ the national language of Pakistan. It’s also worth noting that Sheikh Mujibur Rahman, the founding father of Bangladesh, experienced his first arrest at the hands of Pakistani authorities when, as a student, he led a protest following Jinnah’s ill-conceived public speech in Dhaka.

Well-known journalist and a former senior editor of Dawn, Zubeida Mustafa, studies the linkage between economic and political power and language in considerable depth in her recently published book, Tyranny of Language in Education. Urdu in Pakistan was promoted as a unifying force by the early policy makers, at the expense of the rich diversity the country possesses. As the author notes:

“Man’s speech and language ability have not per se proved to be a challenge for the unity and solidarity of a nation. It is the social and political dimensions of language and its implications for the acquisition of political power that have given rise to phenomena such as linguistic nationalism, linguistic imperialism and linguistic chauvinism. Since ethnic groups also tend to be divided along linguistic lines, ethnic conflicts also have linguistic dimensions.”

Those living in Sindh would certainly agree with the author’s assessment. The province has seen many conflicts related to language, which a deeper analysis would show to have had roots in various ethnic groups’ quest for political power.

Zubeida Mustafa’s study takes the reader from the condition of education in pre-Partition India to present-day Pakistan. In the process, she also corrects the commonly held perception that Thomas Macaulay “advocated the use of English as the medium of instruction in place of the vernacular languages.” She quotes extensively from Macaulay’s Minutes on Education to set the record straight, establishing his support for the promotion of local languages. However, as she notes, referring to The Economist, English acquired its position as the language of power with the rise of the United States as a superpower.

Though written in an understated style, Mustafa makes categorically clear which side of the language divide she’s on. And she succeeds in making a pretty strong case for teaching children in their own mother tongue, at least in the early years of education. The book includes a meticulous record of all recommendations of various education commissions set up by successive governments. The ambivalent attitude shown by policymakers towards the medium of instruction is clear in the flip flop that the recommendations take. If one committee proposed a flexible approach (Nawaz Sharif’s government in 1992), another one (Nawaz Sharif’s second government) overturned it by proposing, for example, reverting to the education policy of 1979 that called for Urdu as the medium of instruction.

In the author’s opinion, the recommendations of the National Education Policy Review Team, set up in 2005 and headed by a former bureaucrat, Javed Hasan Aly, made tremendous efforts to ‘reprioritise various targets in the field of education to ensure a conflict-free society and a knowledge-based economy permitting every individual to realise his or her innate potential fully’. It also recommended that children be taught in their mother tongue for the first three years. However, the then education minister, Javed Ashraf Qazi, did not want his decision of introducing English from the first grade questioned and the good work met the fate of earlier efforts.

Mustafa has done considerable research to back up her position on the correctness of teaching children in their mother tongue. She has studied the works of neuroscientists, psychologists, educationists and linguists as well as the divergent systems prevalent in two European countries — Switzerland and Sweden. She uses her findings effectively to argue for the case for teaching children in the mother tongue in the initial years of learning. From the writings of Maria Montessori to those of Noam Chomsky, the author analyses the role language plays not only in a child’s development, but, in society at large. She also talks to quite a few young teachers to understand the reasons for their preference of one language over another. In almost all cases, there is a natural fluency and lack of inhibition in communicating in the mother tongue. In most cases, even those who had opted for teachers’ training in the English language admitted to having problems in expressing themselves.

Mustafa has also allowed other voices to be heard. There are several personal narratives from people who are equally fluent in both English and Urdu. However, most of the experiences narrated, apart from one, are by people from similar backgrounds. A more diverse and representative recounting of learning of languages would have given the reader a wider perspective. Perhaps, dissenting points of view should also have been given space, although the writer does list five reasons commonly used to justify English-language teaching in developing countries such as Pakistan.

As Zubeida Mustafa concludes in the final chapter, the issue is about equity in a democratic country. The edge that students studying in English-medium schools enjoy over the less privileged needs to be addressed, not by lowering standards, but by giving all a level playing field in the early (and crucial) years of learning. Although much has been written about the need to end a dual system of medium of instruction, Tyranny of Language in Education brings back into focus the need for greater debate — and corrective measures — on the issue.

This book review was originally published in the June 2011 issue of Newsline under the headline, “The Language Divide.”