“Clearly, the role of a housewife by the age of 19 was not a path I was willing to take” – Faiza Mujahid 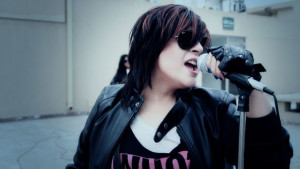 Faiza Mujahid, a renegade musician is rocking the industry with her new single ‘Meri Zindagi,’ released last month. A rockstar with an attitude, Mujahid went into hibernation following the thumping success of her song ‘Bandeya Ho’ from Shoaib Mansoor’s Khuda Ke Liye. But now she is back with a bang with her participation in Mansoor’s new film, Bol.

Q: Where did it all begin? Did you know you would take up music as a profession when you were growing up?   A: Khawar Jawad (producer/composer) and I were worked on a song together in 2005. He wanted me to render the English vocals for ‘Bandeya Ho’ (a track from Khuda Ke Liye). The song was accepted by Shoaib Mansoor and that is how my music journey began. I was always inclined towards singing as it runs in my family, but I never knew that I would consider it as a profession. Q: After your success as a vocalist in Khuda Ke Liye you distanced yourself from Khawar Jawad. Why? A: Khawar and I had very different musical interests. Khawar was always more interested in Sufi music whereas I wanted to explore different genres and not limit myself. However, personally we get along very well. Q: Why the long break after Khuda Ke Liye and the single ‘Kahan Houn Mein?’   A: I considered myself very young at the time and after getting such a huge break there were a lot of expectations from me. While I’ve learnt a lot from this industry in the last five years and matured both as a person and as a musician, I wanted to have complete control over my music. So I decided to maintain my link with music by working as a programming producer at Radio 1 FM 91. Q: Then what compelled you to come back as a music artist? A: I was going through a rough patch, as does everyone in their 20s, when they are making important decisions and discovering where they stand in life. I realised how much I missed making music and I felt this burning desire to make music again. Q: How did your family react to your first single? A: They are all very excited. Q: What hurdles have you faced as an emerging female singer? A: It is hard enough to be a professional musician, let alone a female musician in this society. Hailing from a largely conservative society where a career in music is akin to a life of self-absorption and “debauchery,” I had to break boundaries as a female artist. I am trying to tell young girls to fight for their dignity and social standing in society. Thankfully, I’ve come a long way. Q: You even composed and wrote the lyrics for the recently released ‘Meri Zindagi.’ A: I write and compose my own music because it stems from my own experiences. And I can safely say that most successful artists are respected mainly for their originality. 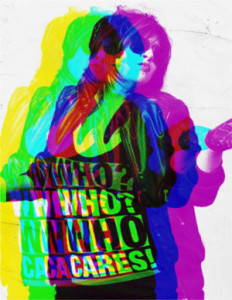 Q: You’ve called ‘Meri Zindagi’ your “coming of age song.” How have you grown or changed? A: Clearly, the subservient role of a woman as a housewife by the age of 19 was not a path I was willing to take. For the most part, my single ‘Meri Zindagi’ was the result of enduring personal hardships, rebelling against the norm, and maturing as a strong-willed individual who hopes she can inspire others to follow suit. I took over the reins of my life and started to focus on my career. It’s been an uphill task because of the barriers I’ve had to face within the music industry, as well as outside, but I’ve emerged more confident and conscious of my abilities, not only as a musician, but as a human being who can touch the lives of many, while in the limelight. Q: The drummer Mehreen Murtaza is a good friend of yours and so is the guitarist Asma Lakhwaira from your new single. Do you plan to form a band with them? A: I sure wish we could, and the proposition still holds! But both Asma and Mehreen excel in their own fields and have commitments that could make it difficult for us to function as a band. Asma is a fashion designer currently studying at the Pakistan Institute of Fashion Design, and Mehreen is a visual artist represented by Grey Noise and is exhibiting globally. She, along with Saad Naeem, have designed my website. She is already affiliated with the music scene as she did the artwork for Mekaal Hasan’s album Saptak. Q: Rayban sunglasses, black leather jacket and cropped hair — a fiercely independent and bold look. Is that the real life you? A: What you’re seeing in the video is who I really am. But people are taken aback some times because I can carry off the role of a shy and demure person equally well. Q: You were the vocalist in the song ‘Hona tha Pyaar’ with Atif Aslam for the upcoming movie Bol? Why are you just doing backing vocals now? A: There were some technical issues, but I count that as a big project in my life because I had the opportunity to work with the two most renowned names in the music industry: Hadiqa Kiyani and Atif Aslam. I love the composition, which is by Atif himself. I’m keeping my fingers crossed and hoping it will be a success like ‘Bandeya Ho.’ Q: Are you planning to record a solo album next?   A: I plan to release my album, single by single! I like to tease my audience. The overall sound of the album is specifically inspired by music of the ’80s and ’90s.

This interview was originally published in the June 2011 edition of Newsline.