Taking stock of the highs and lows of Coke Studio, Season 4, Episode 1. 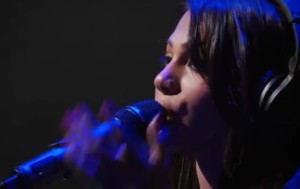 Expectations were high for Season 4 of Coke Studio. The previous season proved to be incredibly popular with ‘Alif Allah Chambey Di Booty’ and its groovy hook lifted by soaring vocals becoming the song of the summer. It would have therefore been reasonable to expect at least a mixed reaction by fans to this season’s debut song. ‘To Kia Hua’ by newcomer Bilal Khan is a tender remembrance of a lost love, or a frustratingly pedestrian take on the stock unrequited love song, depending on how exacting the viewer/listener. It’s inoffensive and mild to a fault, a relative anomaly for a Coke Studio performance. The melody is unremarkable but pleasant enough, and the vocal performance is able, if nothing else. There is nothing wrong with a standard love song, but when performed on a stage usually reserved for transcendent devotional music and brilliant contemporary artists, something that would otherwise escape serious criticism comes off as ponderous and trite in comparison. The instrumentation is crisp as ever, but I felt more could have been done with this one. My opinion, however, is not commonly held: the response to ‘To Kia Hua’ has been tremendous with the YouTube clip garnering half-a-million hits over the course of a few weeks.

The second song of the first episode is ‘Kuch Hai’ by Mizraab. Like the first one, the mood here is once again subdued, but in a more potent manner. The song has a strong verse melody and a decent chorus. The guitar solo is slightly drawn out and the instrumental sections of the song are a little histrionic and do not venture much farther than a simple, ominous melody. The performance is enjoyable if not particularly adventurous, which isn’t necessarily a bad thing. However, seeing how Coke Studio has often been unfettered by concerns of genre and convention, this song could have taken more risks, especially since the composition was strong enough to withstand any reinterpretations.

‘Daanah Pah Daanah’ is a surprising miscalculation. Akhtar Chanal is, like Saeen Zahoor in Season 2, magnetic, and his performance is intense and joyous. However, while bringing together a towering veteran with a mainstream act produced the wonderful ‘Aik Alif’, this time it results in a misfire. Komal Rizvi possesses an agreeable voice and she sings on key, but her pairing with Chanal yields little in the way of chemistry and certainly has none of the revelatory spark of Noori’s performance alongside Saeen Zahoor. ‘Laal meri path’ when rendered in Rizvi’s polite, garden-variety voice possesses none of the roiling passion of its other incarnations. The instrumentation, which is usually excellent, does little to elevate this performance.

Jal’s ‘Ik Aarzu’ is a pleasant, easy listen and plays it just as safe as the first two songs of the episode. The first half of the song, like ‘To Kia Hua’, is a cookie-cutter ballad, with nothing of much interest except a catchy little guitar riff. The ‘Dam Mast Qalandar’ half of the song is a lifeless, predictable appropriation of traditional music that does not know what to do beyond churning out the words and the melodies in practiced voices and mechanical instrumentation. Playing it safe can result in robust, enjoyable songs, but it can also lead to performances that are stale. Similarly, taking chances can pay off gloriously, but at other times can seem aimless and arbitrary. Every performance here is a balancing act, and artists try and fulfil a host of different expectations and, therefore, missteps are to be expected.

The episode ends with the kind of performance that has inducted Coke Studio into the pantheon of staple conversation topics in Pakistan, alongside politics and cricket. In ‘Sighra Aaween Saanwal Yaar’ Sanam Marvi’s powerful vocals are accompanied by brooding, precise instrumentation that hangs back, with any flourishes having been completely earned. To me, the acoustic guitar, drums, bass and host of other instruments almost evoke ‘Hail to the Thief’ era Radiohead. By now, to wow us simply by marrying eastern and western styles is no longer on the agenda: the artists at Coke Studio want, first and foremost, to play great songs. People no longer respond to an ‘aalaap’ delivered over thundering drums and twiddling electric guitar solos. Coke Studio rises to the challenge of catering to a sophisticated audience uninterested in novelty by producing a complex, slow-burning performance that is intelligent and playful.