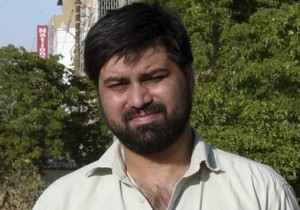 Before Socrates was condemned to death for not believing in the gods recognised by the state and for corrupting the youth, he was asked to suggest his own punishment. He could have chosen exile as an alternative to death. He didn’t. The philosopher suggested a token fine, knowing full well it would be rejected. As such, he was given a sentence of death by poison. In his prison cell after the trial, he asks for the cup of hemlock to be brought to him. One of his disciples tells him there is plenty of time: many others have taken the poison late on their last day. Socrates replied, “It’s reasonable for those you speak of to do those things because they think they gain by doing them; for myself, it’s reasonable not to do them because I think I’ll gain nothing by taking the draught a little later: I’ll only earn my own ridicule by clinging to life. Go on now, do as I ask, and nothing else.” My dear friend and renowned journalist Syed Saleem Shahzad did something similar: always living with honour, courage and clarity of purpose.

My first meeting with Saleem Shahzad was odd. It was around noon a few years ago and I was speaking to Azam Tariq, a spokesman for the TTP, for a story I was working on. During that conversation he received a call from another journalist. The Taliban member insisted on introducing us right there over the phone. It was Saleem Shahzad, and Tariq referred to him politely as “brother.”

Besides being surreal, that encounter was also fitting for it foreshadowed the many ways our professional lives would intersect. Later on in my career, especially as I delved deeply into investigative journalism, my bond and collaboration with Saleem bhai (I also referred to him as brother) progressed. In many of our meetings we exchanged notes, sources and more. Saleem bhai would often tell me: “I will be shot dead and so will you because of the work we do, and then all those who branded us ISI, CIA and all sorts of other names will be calling us martyrs.” And it’s true about the suspicions. Every journalist who I met in private, be they foreign or local, always asked me one question: “What is Syed Saleem Shahzad’s story?” Many in the journalistic community are plagued by serious complexes and competitive streaks and to them Saleem Shahzad had always been “a tool of the ISI” — until of course, he was found dead.

Today, this brave journalist who wrote stories has become someone else’s story. It’s funny how those who branded Saleem bhai an agent of this and that have now come forward, raising their voices for him. To me it is hypocrisy and nothing more. Their criminal silence when Saleem bhai was kidnapped and missing contributed to his death. News channels are normally quick to pick up on anything from theft of a loaf of bread to a minor accident on the motorway, but they ignored the news about Saleem bhai’s disappearance even when there was a vigorous public discussion occurring on Twitter and Human Rights Watch had voiced its concerns. The channels, however, made sure that his death emerged as “breaking news.” But it wasn’t because of sympathy and genuine outrage; it was because of cheap TRPs (television rating points). Saleem bhai who started his career writing stories for the Karachi evening daily The Star, started off as a loner and died as a loner.

Just a few days before he was murdered, Saleem bhai came to visit me for dinner while I was staying at the National Defence University. I wish knew then, what I know today: I would have asked him to leave this country. The problem is, knowing Saleem bhai means knowing that he wouldn’t have. My last meeting with him was congratulatory. We had both published stories after the PNS Mehran attack where we talked about the inside collaboration and the role of Al-Qaeda. Of course, Saleem bhai’s story was much more explosive as he uncovered the possible motive for the attack: a retaliation by Al-Qaeda after talks collapsed between the terrorist group and the Pakistan Navy over the release of naval officers arrested on suspicion of ties to the militant group.

In our long journalism careers, we sometimes found that we had common sources and would step on each other’s toes, just as we did in covering the release of Mullah Baradar. And although I personally did not agree with everything he published, I respected Saleem bhai for his bravery and dedication to reporting: he didn’t shy away from publishing anything.

While I remember Saleem bhai as a jolly and honest person, one who would take my jokes for jokes, words for words and more importantly would always be discreet and keep commitments, the sight of his tortured body now haunts me. I fear for the worst and am concerned about Saleem’s wife, Anita, and their three children, two sons and one daughter. (For those interested in making a donation to Saleem Shahzad’s family, you can do so by visiting Asia Times Online here for details on the “Saleem Fund.”) And although Saleem bhai’s murder has shaken me, leaving this country is not an option. In fact, his tragic death has cemented the will of many journalists and friends to work in Pakistan and carry on his mission despite the enormous risks and threats. The brave Syed Saleem Shahzad would never back down, he would never choose exile, and neither will we.

Farewell my friend, you did well.

Participate in the poll below:

The government has ordered a commission to probe the murder of Saleem Shahzad. On Monday June 20, a Supreme Court Judge (Justice Mian Saqib Nisar) was appointed to head the investigation. The commission will present its findings in a few weeks. And so, Newsline asks the question below: