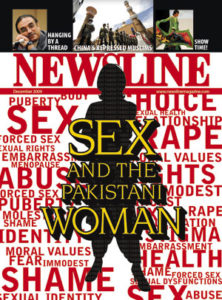 On May 27, tyre market traders stepped out into the middle of M.A. Jinnah Road to protest another brazen incident of extortion victimising one of their peers. According to Dawn, earlier that morning a local proprietor had been approached and threatened: pay three million rupees or die. He had three days to come up with the money. The news travelled fast, and within hours hundreds of people were marching in the street in support of the entrepreneur.

Sadly, extortion is nothing new.

In the April issue of Newsline, Amir Zia reported that there has been a record surge in the daily incidents of crime — ranging from broad daylight mobile and vehicle snatching to extortion and kidnapping for ransom. At the CPLC, “cases now average 4,500 a day, compared with 2,500 in March 2010. Additionally, the less-publicised Sindh Home Minister’s telephone complaint centre has been receiving 50-60 complaints daily on an average — most of these reporting extortion, kidnapping and police excesses.” The CPLC chief says extortion has emerged as the top crime in Karachi.

And it often gets violent. “Political activists-criminals knock at your door demanding donations on the pretext of buying party flags to organise celebrations for a sacred event such as Eid Milad-un-Nabi. If you refuse, there are threats, public beatings, or even a bullet,” reported Zia. “One of the worst of such cases occurred in the Sher Shah Kabari Market last October, when around a dozen shopkeepers lost their lives because they refused to pay extortion money. In recent months, a number of shopkeepers have also been murdered in hit-and-run attacks in busy commercial areas. It’s not surprising then that as the Pakistan People’s Party-led government continues to allow matters to spiral downwards, a climate of fear and insecurity and a general sense of hopelessness prevails among the citizens of Karachi.”

Local traders, like the tyre shop owner mentioned earlier, report their cases to the police. But they too feel hopeless. Police involvement has not made things much better: police often lack the technical expertise to nab the perpetrators of such crimes. Meanwhile, innocent people continue to be harassed and business across the city continues to suffer. And that has a whole range of negative consequences.

Read more about how criminals are holding Karachi at ransom: