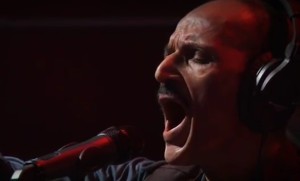 This week’s episode of Coke Studio’s fourth season was destined to receive unreasonable scrutiny due to the superlative second show. This is a good problem to have, since it only arises when standards have been set inconveniently high. However, a reviewer is more comfortable making such a claim than those having to deal with inflated expectations.

Mole’s ‘Baageshri’ would seem like more of a risk if Coke Studio was the unadventurous, sober show its unabashedly corporate name implies. Even so, this is audacious stuff. Mole utilise electronic sounds in their music but manage to sound warm and quirky. ‘Baageshri’ starts off playful yet focused, with a few neat little melodies bouncing around under the wordless vocals. The whole thing very quickly transforms into something unexpectedly oblique. This portion of the performance will widely be described as ‘experimental’, which often denotes indulgent, formless music. Mole, however, do more than simply giving free reign to their id. The rest of the song, while less direct than the opening, is still enjoyable. Even so, I would have preferred if the band had worked more with melodies rather than soundscapes, because judging from their ‘We’re Always Home’ EP, they’re capable of writing solid, original tunes. The fact that Danial Hyatt is Rohail Hyatt’s son might inspire some apprehension, but Mole deserved the limelight, as evidenced by the immensely positive response ‘Baageshri’ has garnered. However, I think they could have done more with the incredible opportunity.

‘Ith Naheen’ starts off with the dark, glowing atmospherics that Coke Studio often employs before fleshing out their songs. This, however, is one of those times when everyone hangs back and the lights stay dim. I would say that Coke Studio’s approach here is a little too familiar to be particularly interesting, but the fact is that it works well. The much maligned Sanam Marvi has already been embraced by her detractors, and this performance too was greeted on YouTube with rambling, ecstatic comments, the kind that perennially confer the titles of ‘divine’, ‘soulful’ and ‘nice’ on Coke Studio songs with a classical bent. This is a good song, and every musical embellishment (especially the keyboard) elevates it. It is not anything terribly exciting or different, but it is undoubtedly enjoyable.

Bilal Khan’s ‘Lamha’ is similar in tone and subject matter (he’s lonely) to his last Coke Studio effort. The difference is a definite improvement in songwriting. The arrangement is important with such a song, since the Coke Studio musicians must not only complement but also actively complete the performances of their newcomer guests. All things considered, the song is enjoyable despite being a little one-note.

Jal’s ‘Panchi’ was a dreamier, less upbeat and ultimately more effective song on their album than in its Coke Studio incarnation. The central melody sounds gratingly chirpy when played on the acoustic guitar the way it is in this performance. The song itself is a good one and works in spite of the reinterpretation. The second half of the performance features the song ‘Tere Ishq Mae Jo Bhi Doob Gaya’. Qurutulain Balouch is a fine singer and earns her keep. However, on the whole, this is the kind of performance that inspires little feeling of any kind.

The final performance of the night is ‘Mundari’ by Ustad Naseer-ud-din Saami. The legendary performers Coke Studio attracts have the skill and presence to do wonderful things without much help. Thankfully, save for one unfortunate performance this season which managed to sabotage a veteran musician (even though the house band was excellent on that occasion), Coke Studio always adds new, compelling dimensions to such esteemed individuals’ craft. The slow, unhurried opening leads into an energetic song: effecting, grand and relentlessly catchy. Ustad Saami’s pained, mellifluous singing, punctuated by beseeching howls, is, unsurprisingly, the song’s greatest asset. And yet the reaction to this performance seems rather mixed, with one reviewer suggesting that “classical songs such as this should either be totally revamped by the house band for younger listeners, or Coke Studio shouldn’t move into the classical realm, which cannot be experimented with.” In addition to the fact that Coke Studio has found many of its major successes with the kind of experimentation this reviewer decries, one of the major strengths of this song was that it unobtrusively brings a western sensibility to a deeply ‘eastern’ song, with nothing superfluous to weigh it down. This is a lean, wiry performance with tremendous vocals, melodies and instrumentation. I understand, however, that some people might find such a performance to be more of the same, but when ‘the same’ denotes excellent, engaging music, I cannot understand why anyone would object to it.

This third episode was enjoyable, but whereas the second show occupies precious space on my iPod, I doubt I’ll be syncing this one (with the exception of ‘Mundari’). The show featured some fine performances, as well as some weaker ones, but I believe the audience is, on the whole, sated and awaiting the next instalment.

Watch and listen to Danish Hyder’s iPod pick below: