“The new legislation aims to encourage children to question and not be indoctrinated”- Naheed Durrani, Former Secretary of Education 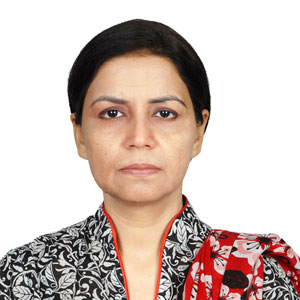 Editor’s Note: This interview was conducted one day after Naheed Durrani was formally transferred from her position as Secretary of Education.

Q: Once the responsibility of textbook development is passed on to the provinces, will that ensure transparency in the publishing and development of textbooks, and do you expect to see an improvement in the standard of textbooks?

A: Yes, it should. If you look at the National Education Policy 2009 (Section 6.3), it already takes a step forward. Earlier, the entire responsibility lay with the textbook boards, and they had a peculiar system of textbook development. Mostly an inward type of an exercise was conducted whereby the boards, based on the broad curriculum, asked different writers to do the script-writing at their own whim and liking. Their own internal committee would then review the manuscripts and subsequently submit them to the federation for an NOC. That is how the system worked for three decades. Because there was no external review and little participation of the private sector or people with technical expertise, the textbooks developed in the last three decades had critical deficiencies, both in content as well as the manner in which the content was presented.

A: The four textbook boards had reservations about the 2009 policy because it took away their monopoly on textbook development. It is very clearly stated that development now has to be done on a competitive basis.

Q: How can you ensure that with the boards as the regulating and monitoring authorities for reviewing and approving manuscripts of public textbooks?

A: Based on that policy, Punjab very reluctantly developed one textbook last year. They called for bids — they had internal issues preparing bidding documents and forming review committees, but then they moved ahead. This time they were claiming (when I was in office) that in the next session they would have books developed by private publishers. In Sindh, we started the process and went about the task of setting up review committees and initiated discussions on the criteria for seeking participation of the private sector in publishing textbooks. We were assisted by the German technical and development conglomerate (GIZ), as well as the European Union and a timeline and work plan was developed for undertaking preparation of new textbooks from Class 1-6 in the first go, for four subjects: English, math, science and social studies.

Q: That is what the boards claim, but private publishers, including OUP, have revealed that they have been submitting manuscripts to the boards, but have received no reply. In fact, they have been asked to give up their print license as a precondition for accepting their manuscripts.

A: The policy does say that the printing license will remain with the textbook boards. At least it opens up the process; it is a big step to allow private publishers to develop the textbooks on a competitive basis. It will definitely yield better results.

Q: Won’t this policy be a disincentive for private publishers because profitability lies in the print license and the publishers might not want to participate?

A: They have participated in the Punjab and they will participate here too. The printing licenses cannot be given to private publishers as it involves millions of textbooks. Sindh at this time has around 4.5 million children in public schools. Consider the different subjects and imagine the magnitude of the task.

Q: Won’t private publishers be more competent considering the repeated failure of the boards to print and distribute textbooks in time?

A: At this point, the education department is trying to concentrate on the quality of textbooks, which is more important. Another important point is that if you compare the 2007 policy to the previous one, it allows for a lot of thinking and there is an attempt to encourage children to question and not be indoctrinated by any type of material. However, it eventually depends on teachers and the management as to how they handle teaching.

Q: So you agree that textbooks, published by the boards so far are substandard in content?

A: Yes. Initially I thought the department had too many tasks that required considerable work in terms of improvements and that we would look at the textbooks slightly later. But when I looked at the textbook quality, I was certainly disturbed. We sent out a whole team and we reached out to GIZ, the EU and even private publishers, including Ameena Saiyid, for a very proactive involvement of all partners.

Q: Saiyid pulled out of the process saying she would like to dissociate herself from the contents of the final draft policy because she feels it will further entrench the monopoly of the textbook boards…

A: But this time we also planned to look at the reservations of publishers and we planned three to four workshops with them.

Q: Do you think the provinces will be able to handle the challenge of reviewing textbooks? Do they have the resources and the expertise?

A: They need a handful of intelligent people. Punjab is already doing it; Khyber Pakhtunkhwa is on board; Sindh was delayed but we took it up, set up review committees, a framework, and developed a work plan.

Q: If each province develops its own textbooks, will students from say KP be able to compete with the students from the Punjab at a national level?

A: In this day and age you have to allow competition. When I was in office and we were developing our framework and setting out our timeline, we kept on looking at textbooks from the KP and Punjab. We were trying to identify things that we could improve. And through our survey, we found that the textbooks from KP could compete with those from the Punjab.

Q: KP has expressed its intent to publish textbooks in the regional language. What do you think the potential repercussions of such a move could be?

A: It has been proven worldwide — Japan, China, France, Iran, Turkey, etc. — that initially children learn much better in their own language and, in fact, in many countries even higher education is imparted in local languages. And students who are taught these texts compete well internationally.

KP’s script is not fully developed and it may take them some time to develop it, so I don’t think they will want to lose time. However, they may introduce a few subjects initially, which should be very welcome. Urdu and English will, however, continue to be important languages in all the provinces as our higher education is in the English language.

A: There are issues, but that requires another discussion. There were disagreements between myself and the minister who formally asked for my transfer.

There are dysfunctional schools where teachers disappear and there are issues in terms of management. The little time that I spent in the department was primarily concentrated on improving the overall school functions. Public sector schools will become irrelevant if we do not contain the rot that has set in over the years. It can’t be a “business as usual” approach.

Q: Is there hope? Will the changes under the 18th Amendment help overcome the hurdles and can we expect to see a change by the next academic year?

A: There is a lot of scope for improvement, but there is a lot of work that needs to be done and the team needs to work overtime. Textbook development is just one component. The way we recruit teachers, the way we train them but, most importantly, the way schools function at the grassroots level and the rapport between the districts, provinces and the federal government are pressing issues that need to be addressed.