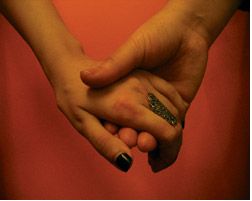 An event in support of lesbian, gay, bisexual and transgender (LGBT) pride was held in Islamabad recently and was hosted by the Deputy Chief of the US Embassy, Richard Hoagland. At its heart, the gathering promoted the idea of allowing people to be who they want to be, recognised the importance of being understood and valued, and advocated basic human rights. However, local Islamic parties and religious groups, such as the Jamaat-e-Islami, claimed that this event was an act of “cultural terrorism” by the Americans. Uproar ensued against homosexuals and America’s support for homosexuality in Pakistan.

Any educated person must see the importance of decrying such intolerant and ignorant protests. Understanding LGBT rights is not only about letting people live the way they want to live – it also represents a certain necessary degree of change in the mentality of the people in Pakistan. This awareness can help us build a society that is more tolerant and accepting. We need to learn the “live-and-let-live” way of life. We need to learn that people’s sexual lives are private. And as part of this, we must accept the medical evidence that homosexuality is neither an illness nor something that can be treated. It is biologically determined.

As much as some people like to protest against homosexuality, they must realise they can’t make it disappear. Why force people to lead double lives? Prejudice and paranoia drive people to lie to their families, to be ashamed of who they are and become depressed. Some people physically punish themselves.

Generally in Pakistan, people attack homosexuality because it goes against their religious beliefs. However, this is no excuse to go around bashing people for feeling a certain way. In fact, doesn’t religion preach the ideas of peace and tolerance? So while homosexuality is not looked at in a positive light from the religious point of view, that does not give people the right to treat homosexuals as if they are not an equal part of our society. If different races can be accepted, then different sexualities can be accepted too. The very act of intolerance is not encouraged by religion. Homophobia seems not just philosophically inconsistent with the idea of a peaceful religion and a loving God but also is a clear source of severe pain and suffering for gay people everywhere.

Some of the real-world prejudice gay people face was highlighted when a young man anonymously spoke out in a recent blog post in The Express Tribune. It was a bold move to broach such a personal and controversial topic in such a public forum, knowing just how intolerant and insensitive Pakistani society is about homosexuality. As expected, the post stirred up a storm of crude remarks and criticism, many of which exemplify the ways that gay-bashing can cause serious harm. One commenter stated this:

“Homosexuality can be treated by proper therapy, [sic] I recommend you check it online. Research concludes that this is not genetic or inherent, and in many cases has been treated. I’m sorry about the way you feel considering your religious inclination. It must be hell.”

Suggesting ‘anti-gay’ or ‘reform’ therapy might be vaguely well intentioned, but it pushes the idea that there is something ‘wrong’ with gay people and they must ‘change’ it. This exacerbates their feelings of guilt. Meanwhile, such treatment usually leads to self-loathing and repression, which in turn have inspired tragedies ranging from depression to suicide.

There are also comments suggesting that the young man should get married to a woman and lead a double life. A typical post reads:

“The bitter truth [sic] my friend is that a gay person’s life is one of the most lonely and miserable ever. You will slowly see your friends and family making the transition into married life and you will be left alone. The bright side is that most women in Pakistan are not sexually aware, [sic] their idea of an intimate relationship has very less [sic] to do with bedroom activities. So you won’t have to really be into it and they won’t know the difference. The other bright side is that spending a night with a guy will never attract any attention so you can very easily continue your activities with these ‘close friends’.”

Once more, the reaction essentially suggests deceit. This young gay man is being asked to outwardly conform to society by lying to his family and cheating on his wife. He will never know a life of honesty and respect. Sweeping homosexuality under the rug is a solution proposed by those who see it as part of the filth that belongs there. Meanwhile, LGBT individuals and their families are expected to suffer paranoia, wonder who to trust and never be completely fulfilled.

It’s sad how people think they have the right to decide other people’s lives for them. We all need to let those who are gay be true to themselves — in peace. They harm no one. Even if you don’t accept homosexuality, you must learn to live with it: learn to live with the truth that there are people around us who have different perspectives and a different way of life — it may be as different as communism and capitalism, but it is still a way of life.