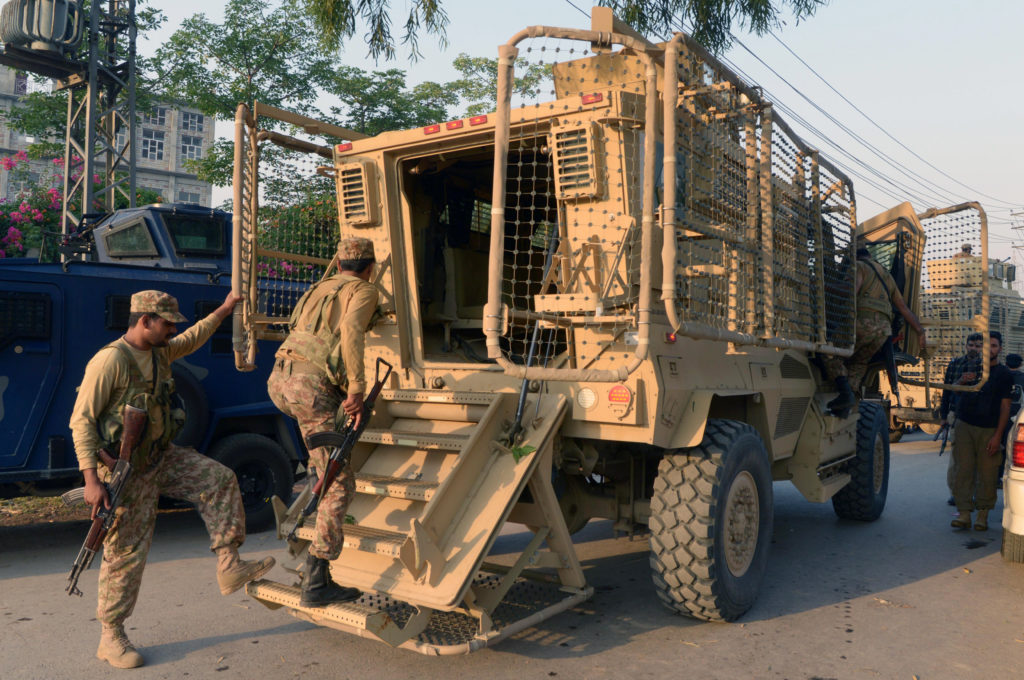 The hunt for stability: Pakistan’s armed forces conducting a search operation against militants in Peshawar, in June, 2017.

As Pakistan observed the third anniversary of the Army Public School Peshawar (APS) attacks of December 2014, school buildings in posh areas of the nation’s cities continued to be guarded by private security personnel.

Despite pushing back with great success against terrorism, the security situation in the country is still perilous and the vulnerabilities are there for all to see.

Nonetheless, the country’s achievements in the battle against terrorism should not be underestimated. Following the APS tragedy, operation Zarb-e-Azb was expedited across the country, with the deployment of 30,000 troops. Within a surprisingly short span of time, the militants were defeated in North Waziristan, once a much feared no-go area. The operation forced the TTP to flee to Afghanistan and brought a sharp reduction in violence.

In a recently published report, the Center for Research and Security Studies (CRSS) says that violence-related fatalities in Pakistan have dropped drastically — by 45 per cent — between 2015 and 2016, and 66 per cent between 2014 and 2016, across Pakistan and the decline in terror-related incidents has continued in 2017.

However, despite the drop in violence-related fatalities, if we compare the first quarter of 2017 with that of 2016, the percentage of civilian fatalities has risen from 31 per cent to 47 per cent.

Sporadic incidents of terrorism make it clear that the menace has yet to be eradicated. While Operations Zarb-e-Azb and Raddul Fasaad have achieved tremendous success in fighting terrorism, they could not be expanded to eliminate the safe havens of the TTP and its affiliates in Afghanistan.

While counter-terror measures within Pakistan have produced measurable results, terrorists still lurk in the cities and rural areas, waiting for the opportunity to renew their attacks in an effort to destabilise Pakistan.

February 2017 witnessed a bloody week in Pakistan, when the TTP, Jamaat-ul-Ahrar, and Islamic State (IS) killed 112 people and injured hundreds more in separate attacks in eastern, northwestern, southwestern and southern Pakistan. In Sehwan Sharif alone, 88 people were killed in the suicide attack that week. This was the first instance since December 2014 in which Pakistan witnessed such high casualties. 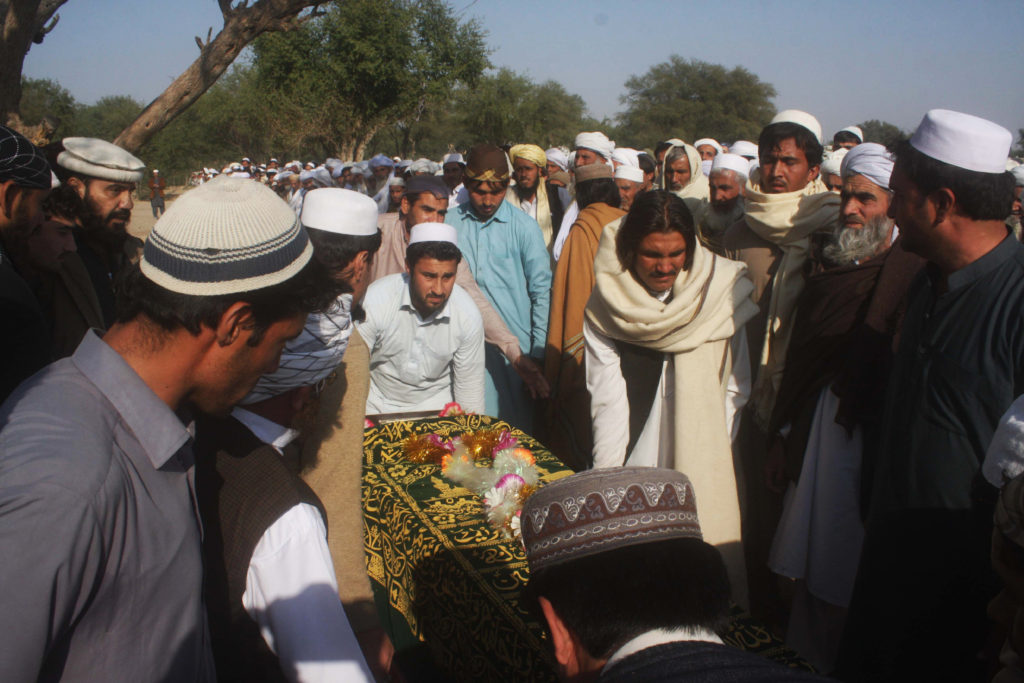 Funeral of a victim of the Agricultural Training Institute attack.

Attacks targeting minorities and security forces in Quetta, and North Waziristan, in the last two months, as well as the attack on Peshawar’s Agriculture Training Institute in December 2017, are just a few examples of the terrorists’ resolve to bleed Pakistan.

A well-thought foreign policy — garnering regional support, including that of India — would prove crucial in the elimination of terrorism. Islamabad would have to address the concerns of regional and extra-regional players in its quest for peace, as no country can win the war on terror alone. It is in the interests of India, Afghanistan, Iran and China to establish stability in South Asia, and Pakistan must forge alliances in order to win its own war.

However, it will take more than foreign policy overtures to turn the tide. Internally, NAP’s policy on proscribed organisations is not clear-cut and execution of the plan leaves much to be desired. It provides remedies, but several banned outfits are still operating
after registering under different names. Representatives of these outfits continue to collect funds in far-flung areas, as well as some cities. The National Counter-Terrorism Authority (NACTA) was established with a lack of resources and coordination. The political will to launch an operation against certain elements in Punjab is still absent.

In the absence of well-thought-out policies, the country is likely to face new threats after eliminating the existing ones. Growing sectarian violence in the country is an evidence of extremism thriving in Pakistani society. The case of attacks against the Hazara community is just one example of its prevalence.

The recent siege of Islamabad over the issue of an amendment in the 2017 election bill is another example. Many were aware of the threats made against the state, through loudspeakers of various mosques to press for the protestors’ demands. When an unarmed police force could not prevail against armed and violent demonstrators in the Faizabad dharna, the government caved in, with the encouragement and full support of the establishment.

The purported mainstreaming of militants is another ominous development. The extremist Tehrik-e-Labbaik Ya RasoolAllah (TLY) and Milli Muslim League (MML) made significant gains in by-elections held in Peshawar and Lahore. It is feared that the growing influence of the extremists would compel major parties to make alliances with elements that could further radicalise a fragmented polity.