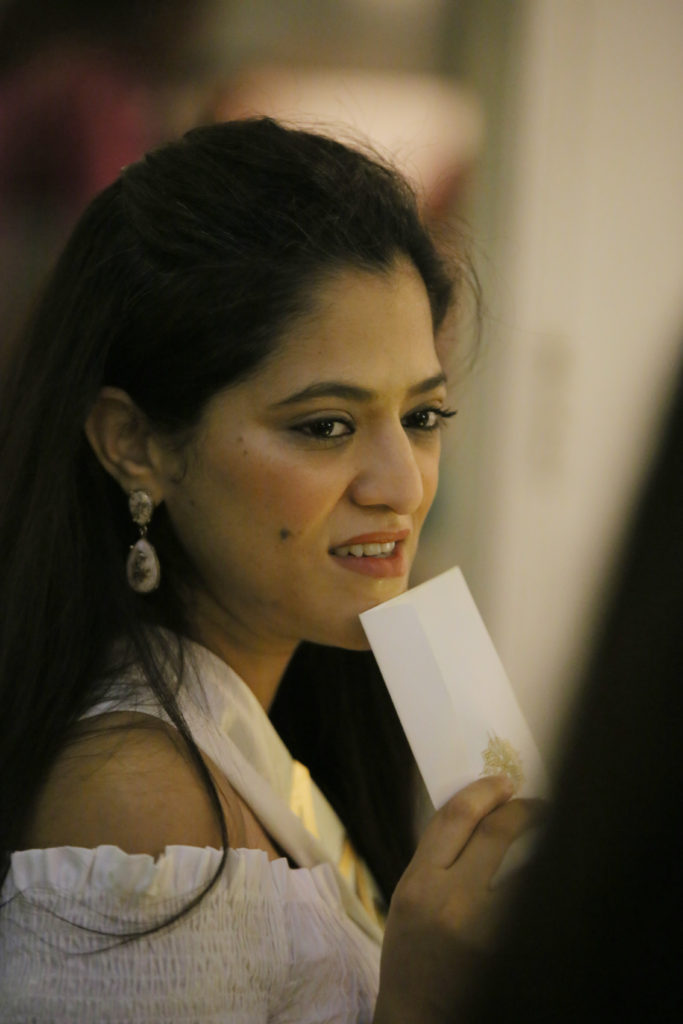 Only a person with a driving passion for theatre could produce a string of hugely popular musicals and stage plays in an industry that can barely stand on its own feet. Nida Butt has done exactly that for over a decade, under circumstances that are not exactly conducive for Pakistan’s fledgling theatre industry.

Theatre enthusiasts familiar with Nida Butt’s impressive body of work would be surprised to learn that she has specialised in Human Rights Law. But the actor in her was raring to go. During her college years at the University of Warwick and the University College London, while studying for her LLB and LLM, she immersed herself in stage and dance performances. On her return to Pakistan, she briefly worked in corporate law before switching to advocacy and research work for Aahung, a Karachi-based NGO, where she spent over a year.

Nida was bitten by the theatre bug after playing a few small roles in assorted plays, and she decided to pursue her primary passion — the musicals — full time. She debuted with her first theatrical production, The Producers, in 2006, and has not looked back since. Her Made for Stage Productions came to life thereafter, and almost every year she has produced a musical or a play. The list includes Chicago, Mama Mia, Pillow Man, Carnage, Karachi the Musical, East is East, two runs of Grease, and the most recent, The 39 Steps. And she also directed the entire show of HUM Style Awards in 2016.

Nida prides herself on the fact that her Made for Stage Productions is the only company to perform musicals, live — a fact that takes at least six months at the pre-production stage and intensive rehearsals. However, time flies, says Nida, when juggling different aspects of a production, including preparing a band to play as many as 20 songs and training the vocalists to sing them with perfection, choreographing dances to those songs and mounting elaborate sets. Nida describes their production of Karachi the Musical as a “truly unique directorial experience” and unlike any other work they have done in the past. As an original, it took them almost a year to complete, since everything had to be created from scratch, including the 12 original songs her husband had composed.

Nida speaks of the new talent she has discovered while preparing for her plays, many of whom have gained recognition and moved on to become musicians, singers, and actors in film and on television. She believes that theatre is the truest art form and serves as a springboard for talent.

A thorough professional, Nida, who is expecting her first child, oversaw the rehearsals for her most recent play, The 39 Steps, for two months, along with her programme director and husband, Hamza Jaafri, who is an accomplished music director/composer and arts educationist. Together, the two make a formidable creative team.

In 2010, Nida came together with Hamza to launch a summer camp on the premises of her father’s old office. The enthusiastic response from the teenagers upon completion of the summer camp convinced them to continue with the idea and they founded the Music, Acting and Dance (MAD) School. The following year, they got married and together, have run the school and all the shows in-between ever since. As a non-profit organisation, the MAD school, through donor-funded projects, offers three to four free multi-disciplinary arts programmes to teenagers from marginalised communities in a 6 to 8 months course in which they learn singing, dance, acting, music (guitar), drama, etc.

Nida has observed an upward trend in the sale of tickets in Karachi, and also an increase in the frequency of theatre in the last 10 years. Despite NAPA’s contribution in this regard, which is government-funded, the only other companies “who manage to squeeze out a theatre show” are her Made for Stage Productions every year or two and a couple of other companies. “Theatre is hard work — it’s hard to fill seats, hard to sell tickets, unless it’s a hit show and the show sells itself,” she says.

Nida’s frustration is directed at the oppressive 25 per cent excise tax imposed on all potential revenues from the theatre industry, making any venture financially unviable for a producer. There is a dire need for the government to extend to theatre the same tax exemption that is granted to cinema. In addition it should offer subsidised rates, as governments do the world over, to nurture the arts and entertainment so that all segments of society can experience and enjoy it. Lack of sufficient venues designed for theatre plays, the high cost of rental space and equipment, and an infrastructure devoid of any improvements, has only added to the problems.

Which is why, Nida explains, it is the price rather than the language that determines the type of audience the theatre draws. To be financially viable, the minimum price of a theatre ticket is priced high, by default, thus excluding a significant segment of the population, usually the Urdu-speaking. This does not negate the fact that there is a market for both. She gave the example of several other theatre groups that had sprung up after the success of her musical Chicago, but fizzled out after incurring financial losses.

With a baby due in January 2018, Nida plans to take it easy for most of the next year. She often thinks of producing a musical for stage, based on the local historic love stories, and travel with it abroad. Convinced it would be a great cultural export, Nida believes it would showcase the immense talent and rich quality of music from Pakistan to foreign audiences. And while she will probably never stop producing plays, she believes that in due course she will be making films. In fact, she has already been asked to direct a couple. Meanwhile she waits for another idea to fall in love with.