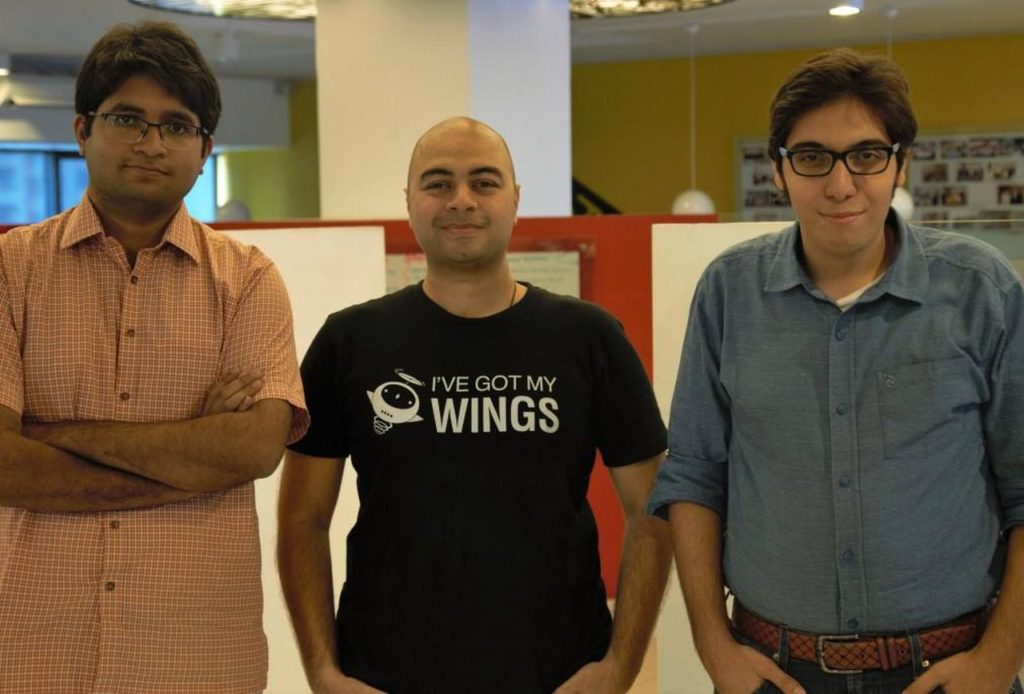 An estimated 96 per cent of the children with disabilities in Pakistan are out of school, and have no access to any kind of educational services, let alone specialised schools or teachers. However, a new innovation called the WonderTree, by a team of young entrepreneurs, has brought a ray of hope for parents of children with special needs. With proper support, it could go a long way towards filling the wide gap in educational facilities for special children in the country.

It all began in 2015 when Muhammad Usman noticed his elder brother, born with special needs, enthusiastically playing a video game on his PlayStation. It spurred him on to design games specifically to aid special children. He teamed up with two close friends Muhammad Waqas and Ahmed Bukhari — all three still university students — to develop the idea. They joined the Nest I/O incubator in Karachi, which nurtures start-ups. Under Nest I/O mentorship and guidance, they brainstormed and fashioned a prototype of what would become a platform for running special educational video games, that would double as therapy as well. They streamlined it in a manner that even parents could easily use it to teach their special children at home.

In less than three years, they had successfully developed a platform for educational videos using augmented reality (technology that layers computer-generated enhancements atop existing reality to make it more meaningful). It also functioned as a cost-effective therapy for special children or persons who needed help in building their functional, cognitive and motor skills.

Waqas, an advertising and marketing specialist, gave up his flourishing digital marketing business, to set up the WonderTree. With his expertise in marketing and brand building, he took over as the CEO while Usman, who was managing the hard core programming of the project, became the CTO. Their third colleague, Bukhari, moved on to other interests in 2017.

For educational and medical expertise, the two enterprising entrepreneurs approached psychologists, therapists, special schools and teachers, who are now part of their advisory board. They tested the WonderTree platform with various partners in Karachi, starting with Rangoonwala Special School and later, with Special Olympics Pakistan, who found it very useful for the education and development of Special Athletes. For scientific medical advise, they are collaborating with a professor at the Institute of Behavioural Psychology.

Currently, the games that have been developed are intended to improve basic skills, such as hand co-ordination, basic alphabets, and reflex actions for mental ages between 4 to 12 years old. These games also have an in-built reporting feature that helps measure capacity and tracks progress in real time, producing a report each time a child plays a game. They are best suited for children with a mild to moderate level of mental disabilities caused by autism, Down’s Syndrome, cerebral palsy, ADD, etc.

The initial feedback from the games deployed in three special schools in Karachi has been tremendous, with the attention span of the special children on whom it was tested, increasing by 50 to 70 per cent. The video games they created, based on augmented reality, allowed the children to see themselves playing the game, thereby motivating them to accomplish tasks, besides giving them a sense of achievement and independence. Presently the teachers use these games as an incentive for good behaviour, enabling children with cognitive or motor disabilities to become more active members of society.

It was extremely challenging to get people to trust and believe in the usefulness of a Pakistani innovation like the WonderTree. Initially the enterprise sustained itself through grants and winning cash awards. In June 2016, WonderTree won the third position out of 1072 global startups in The GIST (Global Innovation through Science and Technology) Competition held at the Stanford University. The same year, they won the [email protected] Awards 2016 and a gold at the 16th APICTA (Asia-Pacific ICT Alliance) Awards in Taipei. In 2017, they also won an award given by Shell Tameer.

WonderTree is now an established name that is recognised by special schools and medical institutions. As their interactive educational video games continue to be tested and improved with the feedback from teachers and other experts from numerous special schools and institutions they are collaborating with, their business has also started to pick up. Recently, Dr Ziauddin Hospital has become one of their clients and they are in talks with other hospitals like Aga Khan. WonderTree is, perhaps, one of the few innovations of its kind, and has only recently acquired two international clients in Croatia and Kazakhstan.

Their ultimate goal is to introduce customised teaching methods and formulate special educational curriculums and therapy exercises for their target group, that would hopefully become part of Pakistan’s educational infrastructure.

The WonderTree technology only requires a kinect v2 sensor, a television and a laptop. But, ideally, Waqas wants to make the games more affordable for everyone so that they can be deployed even in villages, where special education for children or persons with disabilities is a remote notion. The hope is that the more their business grows, the more affordable and cost-effective the WonderTree video games would become.