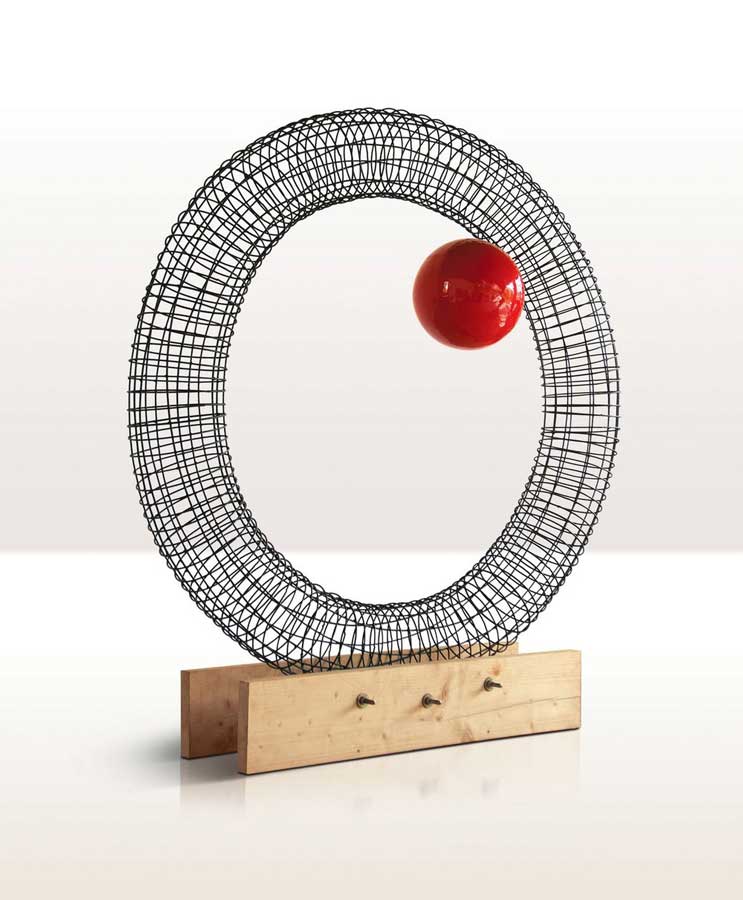 Viewing Imran Mir’s grand retrospective in the galleries of the Mohatta Palace Museum is not unlike being privileged with a front row seat within the artist’s pre-frontal cortex. The cerebral tenor of his work is its salient characteristic and it unifies his drawings, paintings and sculptures.

The incontestable power of the line has been foregrounded in the title of the retrospective: Alchemist of Line. Indeed, the line in Mir’s work is the basic building block of transformation that is inherent across the many genres his work encompasses. The line extends into diverse geometric forms that illustrate the energy of the universe. Whereas geometry was intrinsic to religious art such as the sacred geometry encoded in mandalas or the tessellations in Islamic tile patterns, Imran Mir’s geometrical expressions are linked to the modern Einsteinian consciousness of a universe where space and time are understood as a continuum. Mir has stilled time in order to emphasise structures and their spatial relationships.

Imran Mir (1950-2014) grouped his prodigious output of work into sequential series which he termed as ‘Papers on Modern Art.’ The 12th grouping was the final compilation. The curators of Alchemist of Line (Nasreen Askari, Durriya Kazi, Nighat Mir, Aziz Sohail, Somayeh Bardai and Zoila Solomon) have arranged the works thematically rather than chronologically, borrowing from several Papers on Modern Art. Their aesthetically-considered layout across five rooms on the upper level of the Museum, are grouped under the titles: ’Perfect Imperfect,’ ‘Kinetics,’ ‘Reality and Illusion’ and ‘Tracing the Line.’ The tiled flooring of Mohatta Palace resonates well with the nature of the work displayed within the halls. 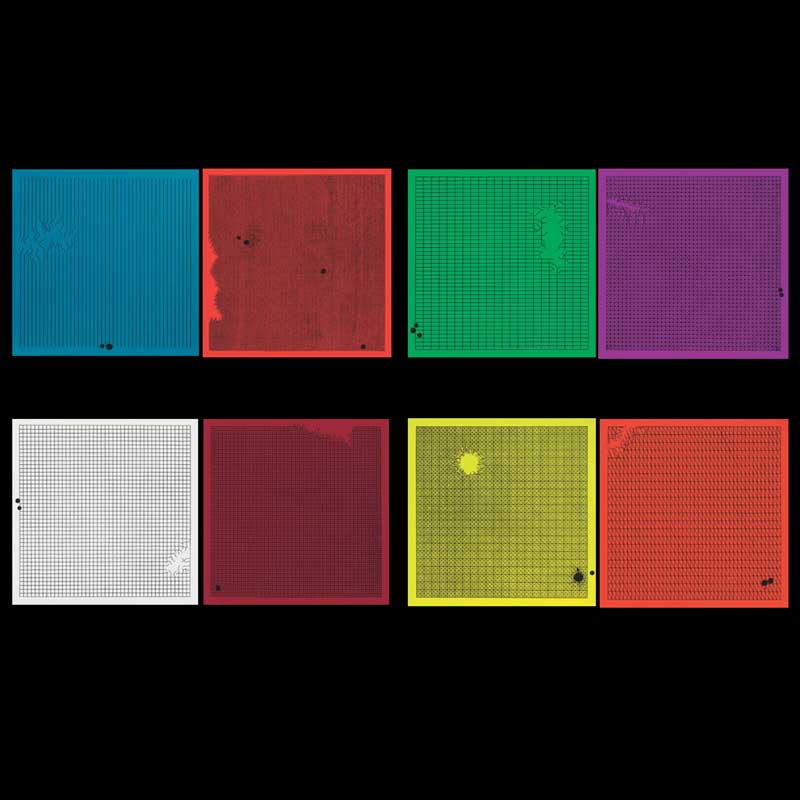 As one ascends the marble stairs to the first floor of Mohatta Palace, a monumental painting spans the width of the landing. The painting is more than just our first introduction to the world of pattern and shape that lies within the rooms; it is a gateway into a universe. Deep black space is hemmed by a red band along the base. A white wireframe torus floats delicately in the foreground. It shares the cosmic black space with nine red dots, arranged in a curved sequence.

The torus form is doughnut-shaped. It recurs at many scales in patterns created by nature, such as the energy vortex emitted by the earth, a whirlpool, smoke rings, etc. Mir’s exploration of shape and form opens up an energy map of structures of the universe. He has explored these shapes as flat forms in painting and as three-dimensional forms in sculpture.

A sculpture of a wire frame torus stands upright. Attached to the inner ring of its delicate filigree structure is a red sphere. The contrast between perforated and solid forms creates a dynamic interrelationship.

Mir’s designs demonstrate the transformation of energy from one form into another, of non-material phenomena represented by solids.

Take the whimsical assemblage placed on the floor in the section titled ‘Kinetics.’ A vintage maritime air pump, used for pumping air into underwater divers’ suits, is converted into an acoustic instrument of sorts. A funnel extends from the pump and — here they are again! — six solid wooden spheres stretch out from the mouth of the funnel. They increase progressively in size, suggesting perhaps the rising decibels of sound that have been transformed from vibration to solid. 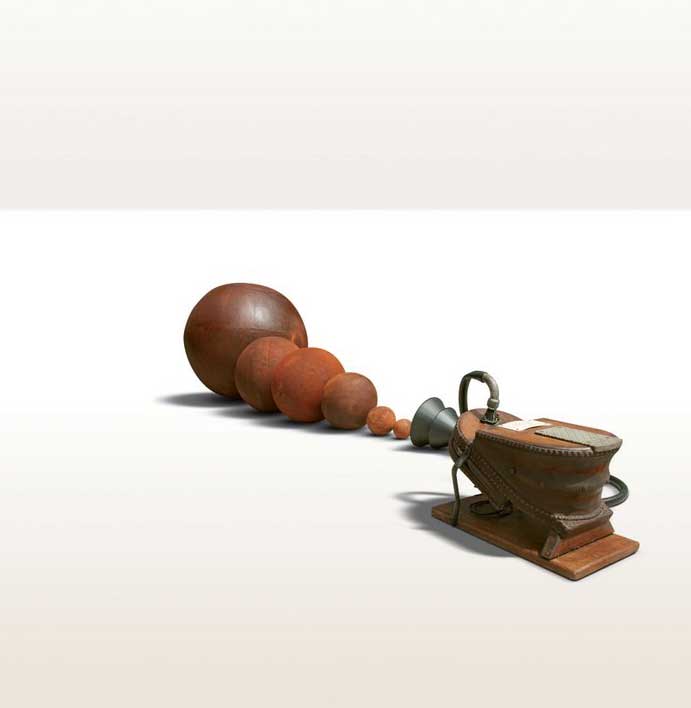 Topological structures were an intrinsic part of Imran Mir’s sculptural visions. In painting, his hand that guided the line from simplicity to complexity, was a precise one. A set of eight square canvases have grids painted over a coloured background. Within each grid, the regularity of squares and right angles is disrupted with a small break. A curved line or a squiggle breaks the regularity like a small subversion; one may read a radical idea emerging out of conventional thinking into the disruption, or even the inception of organic form out of mineral matter.

Imran Mir moved seamlessly from hand-painted works in acrylic to computer drawings that are part of his 12th Paper on Modern Art. The final space in the retrospective of Imran Mir’s oeuvre is given to his work in advertising. Some of the best-recognised brands in the country had their logos designed by him. For the viewer, moving from the rarefied works of abstraction to concerns of consumerism is disorienting. It is akin to emerging from the altered reality of a cinema hall into the bright light of everyday life. The alchemy, however, endures of what was Imran Mir’s unique mental choreography between perception, cognition and imagery.