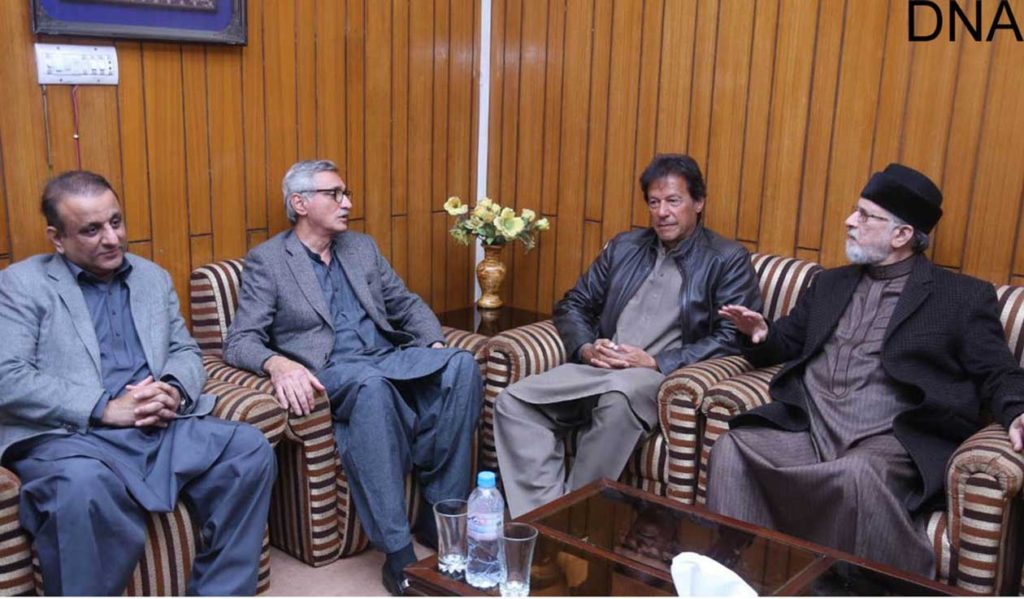 While Tareen was disqualified for life on grounds of dishonesty under Article 62(1)(f) of the Constitution and Section 99 of the Representation of People Act (ROPA), Khan was cleared off all charges, including declaration of the offshore Niazi Services Ltd in the 2013 election nomination papers and the money trail for the Bani Gala property.

The Pakistan Muslim League-Nawaz (PML-N) leadership interpreted the verdict as a manifestation of the double standards of the apex court, with the party president and ousted prime minister Nawaz Sharif reiterating his stance in the address delivered to the PML-N social media convention, on December 26.

“Their laadla (blue-eyed boy) has been excused even though he confessed to his crime,’’ complained Nawaz. “Thankfully, they didn’t declare his (illegal) assets to be mine as well.”

Echoing the party chief’s words, PML-N leader Daniyal Aziz maintains that the Tareen verdict was just an excuse to save Imran Khan.

“Imran Khan has already confessed to gambling. He said that he paid off party loans by gambling. That admission alone should be enough to disqualify him under Article 62(1)(f),” says Aziz.

However, the Imran-Tareen verdict comes at a time when the PML-N leadership is in jeopardy in Punjab. As a result, the party is focused more on countering the political alliances shaping up in Lahore.

On December 5, following the Lahore High Court’s (LHC) orders, the Punjab government publicised Justice Baqar Najafi’s report on the inquiry into the 2014 Model Town incident, where 14 workers of the Pakistan Awami Tehrik (PAT) were killed and 90 injured.

With the PAT bracing for a lockdown of Lahore — if Punjab Chief Miniser Shahbaz Sharif and Law Minister Rana Sanaullah don’t step down — the PTI has firmly joined hands with the PAT, bidding to recreate the 2014 Islamabad sit-ins — in Lahore this time.

Imran Khan formally announced his position in a joint press conference with PAT Chief Tahir-ul-Qadri on December 26, saying that the PTI will “stand by whatever decision the PAT takes.”

“The decision is simple: we want Shehbaz Sharif and Rana Sanaullah to step down to ensure that a transparent inquiry into the Model Town massacre can take place,” says PAT spokesperson, Noor Ullah Siddiqui. 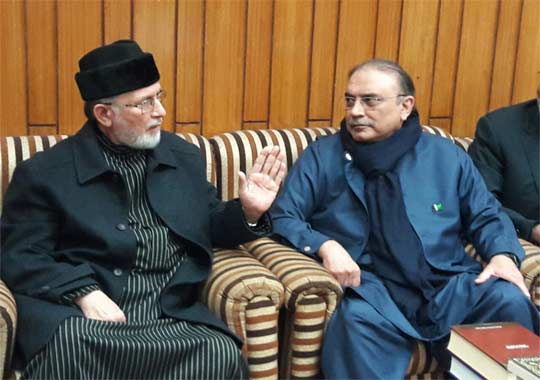 “And we are happy that the PTI leadership is with us in this mission. We have decided to stage a sit-in in front of the Chief Minister House if the resignation doesn’t come,” he adds.

Siddiqui confirms that the PTI leadership has been in touch with Tahir-ul-Qadri since the day he returned to Lahore. “Especially since the Baqar Najafi report was publicised, but even more so after the Supreme Court verdicts on Imran Khan and Jahangir Tareen,” he adds.

In the aftermath of the verdict, a delegation led by Shah Mehmood Qureshi, met with Tahir-ul-Qadri, to discuss all possibilities of alliances. Meanwhile, Imran Khan was in touch with Qadri over the phone, throughout the last two weeks of December.

And so, while the PTI’s immediate reaction to Jahangir Tareen’s disqualification has been to nominate his son, Ali Khan Tareen, for the upcoming by-election in NA-154 Lodhran, and reiterating that they would review the decision against the former general secretary of the party, the PTI leadership’s focus now is in Lahore, and its alliance with the PAT.

“Yes, we go back with the PAT a long way, especially if you consider our collaboration in the 2014 dharnas. But the reason we are standing with the PAT in Lahore now, is more than just politics,” maintains PTI spokesperson Fawad Chaudhry. “The protest over the Model Town incident is a humanitarian cause, which has united the entire nation against this brutal, murderous, dictatorial PML-N government,” he adds.

Chaudhry claims that Jehangir Tareen’s decision to step down as the party’s secretary general, at a time when the ruling party has passed an electoral amendment to ensure that Nawaz Sharif remains the PML-N president, also reaffirms the PTI’s moral high ground. “Our fight is based on principles,” says Chaudhry. “It is against the financially corrupt and the morally corrupt — who are looting the nation and damaging the country.”

While the PTI and PAT are joining hands once again, the fact that the PPP is also on board has slashed a few question marks over the political permutations and combinations. But PTI insiders confirm that Imran Khan is willing to be a part of this anti-PML-N coalition, even if it means tolerating Asif Ali Zardari.

“For Khan sahab, Zardari is the lesser evil now, and the PML-N, a bigger one,” says a PTI leader. “So if that means fighting for the bigger cause, so be it.”