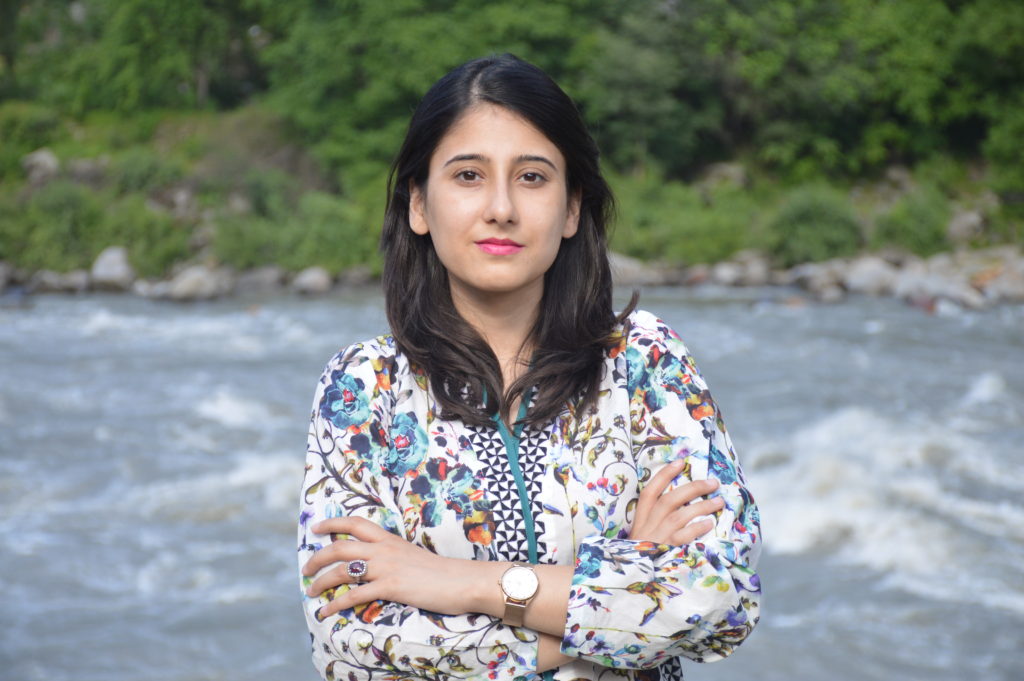 Researcher, educationist, development professional, author and therapist specialising in trauma healing — Anam Zakaria wears several hats. After graduating in social development from McGill University, she returned to Pakistan. Not sure of how to apply her degree, her natural interest in history, anthropology and sociology led her to take up a job with the Citizens Archive of Pakistan (CAP), a non-profit organisation which is dedicated to cultural and historical preservation, in 2010. She headed the organisation’s Lahore office and ran two very interesting projects — the Oral History Project (OHP) and Exchange for Change.

For OHP, Anam stepped out regularly to interview survivors of the 1947 Partition, documenting their memories, and the accompanying trauma they underwent. During her interviews of migrants from India, Anam discerned hitherto unfamiliar narratives of the Partition, such as their deep sense of nostalgia and longing to return. Additionally, from a wide spectrum of Partition survivors, she came across those who not only spoke of the ordeal and bloodshed, but also instances of being rescued by the other community.

Through 600 CAP interviews, Anam discovered some uncomfortable truths. The manner in which Partition history is being taught through textbooks and mainstream discourse, barely leaves room for any other narrative. The creation of Pakistan is always portrayed as being an unavoidable cutting of the umbilical cord from Hindu India, with its accompanying bloodshed and violence. Unlike in India, it is not necessarily viewed as a liberation from the British.

In Exchange for Change, the second programme, Anam basically connected Indian and Pakistani schoolchildren through letters and photographs. In classrooms for children aged nine, 10, 11, however, Anam found deep-seated prejudices against Hindus, a word which has become synonymous with Indians, especially since most Pakistanis have never met a Hindu or an Indian.

For these children, the idea of nationality and religious identity was intertwined and she found an absolute disconnect between the Partition generation and the children she was talking to. “They found it very strange that Shahrukh could be both a Muslim and an Indian as well. And many times, they would even refuse to write a letter or talk to their counterparts in India because of a sense of superiority.”

Narratives of four generations gleaned from both her CAP projects led her to pen her first book Footprints of Partition, in which Anam views the Partition not as a static event, but as an ongoing journey. In May 2017, Anam won the Karachi Literature Festival German Peace Prize for her book.

Anam’s second book, she says, happened mainly by chance. On a visit to Neelam Valley she got talking to Kashmiris living near the Line of Control (LoC) and heard stories of an entire generation that grew up in the 1990s, in the shadow of mortar shelling. She learnt of countless children being born and bred in bunkers, unschooled and uneducated. She decided her second book, which she started writing in 2014, would cover this aspect of Azad Kashmir. With Burhan Wani’s killing in 2016, Anam found it quite a tricky book to write, Kashmir being a sensitive subject for both countries.

The book which is being published by HarperCollins, India, is set to launch in May 2018. It explores the impact of the Kashmir conflict on Azad Kashmir, from 1947 to the present times. It relies heavily on the oral histories of women and children living by the LoC, and of refugees who crossed over in the 1990s, either for militant training or were seeking refuge from the crackdowns by the Indian state.

One aspect Anam was particularly keen on sharing was the plight of women, who have suffered the most in the conflict as the men had left for the big cities in search of jobs. The trauma had pushed these women to come together to lend each other support, and be at the forefront of the peace movement in Neelam Valley.

Given her academic credentials, being a therapist may appear like an entirely different career path, but for Anam it all comes together. While it can be extremely therapeutic for people to talk about their deep-seated trauma, she explained, it could also trigger the trauma.It pushed Anam to train in Psychotherapy and Counselling from Therapy Works, a CPCAB UK-accredited programme and now she has a regular practice in Islamabad, where she lives with her author-husband, Haroon Khalid.

While continuing to run her practice as well as teach Sociology, Development, and Global Perspectives to O and A Level students, she is now researching for her third book on Bangladesh — to explore Pakistan’s silences and discomfort on the creation of Bangladesh, events that led to it, and how both countries dealt with this tragic chapter of history.