Dr Hamid Khan Achakzai is an elected member of the Balochistan Assembly PB-11 and Minister for Planning and Development (P&D) in the coalition government. A medical graduate from Dow Medical University Karachi, Dr Achakzai served in Malta and the United Kingdom (UK) before entering politics. He is the younger brother of Mehmood Khan Achakzai, Pakhtunkhwa Milli Awami Party (PkMAP) Chairman, Muhammad Khan Achakzai, the Governor of Balochistan, and son of the Pashtun nationalist stalwart, Abdus Samad Khan Achakzai. Talking to Newsline, Achakzai discusses the significance of the alliance between Pashtun and Baloch nationalists, and the performance of the coalition government. 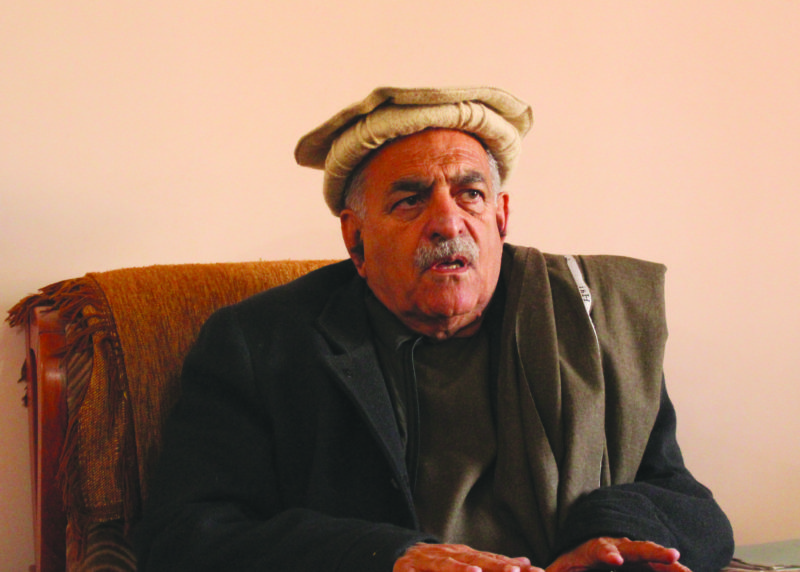 Why should your electorate vote for you once again?

PkMAP believes in a federation with equal rights for all the federating units, and all other ethnic groups living in Pakistan, especially the Pashtuns. We stand for democracy, supremacy of the parliament over all the institutions, including the armed forces and the intelligence agencies. And to achieve these goals and come to power we have to contest elections. That is the agenda we will take to the people.

In 2013, you came to power for the first time on the basis of this agenda and formed a coalition government with Baloch nationalists. How do you rate your performance?

I think that by forming a coalition government with Baloch nationalists and sharing power with them, they got a Chief Minister of their own choice; we got the office of the Governor. By having a successful term in office, we have proved our detractors wrong: we can work together with our fellow Baloch in the province. It has been established now that the province belongs to both, Baloch and Pashtuns, who live together peacefully.

How did the partnership with the Baloch nationalists work when it came to allocating resources?

When we formed the government, we decided that we would share the resources on an equal basis. As the 100 dams project of the federal government is in the third phase, we allocated an equal number of dams to be built in the Baloch and the Pashtun areas.

Apart from the 100 dams project, we are building hundreds of dams – small check dams for storing rainwater and to sustain underground water levels. We cannot give clean drinking water even to Quetta, so we are building 100 check dams around Quetta. The Burj Aziz Khan Survey has been carried out. If it is ever implemented, it will meet 50-60 per cent of Quetta’s water requirement.

Roads and flyovers are considered a measure of development nowadays. What are you doing towards that end?

You have seen Quetta city. The
previous government took five years to build one flyover. When we came to power in 2013, the Saryab road bridge was a federal project, but we financed it to complete it on time. The
federal government reimbursed us much later. The other flyover we built was completed in a period of eight to 10 months.

The intercity road infrastructure has been improved. Before, you had to stay for a night on the way to Gwadar, now it takes 8 to 10 hours to reach there, the same applies to Karachi.

The security situation on the main highways has improved a lot. But, the law enforcement agencies (LEAs) take credit for that.

We had the worst law and order situation: containers and trucks would be looted and torched. You couldn’t travel to Chaman from Quetta due to the fear of robbery and a high probability of accidents. Now it takes three hours from Quetta. As far as taking credit goes, the same LEAs were there in the previous term as well. The difference is that we’ve taken political ownership, which has resulted in the improvement.

Your party (PkMAP) had the Education portfolio. How was your performance in that department?

We took the education budget from three to four per cent to 24 per cent, and established three medical colleges, one medical university and three universities in Loralai, Khuzdar and Turbat. We also opened university campuses in Khuzdar and Zhob, and are now trying to establish universities in Qilla Saifullah and Qilla Abdullah. To promote Pashto and Balochi literature, we increased the budget of the Pashto Academy and the Baloch Academy from 1 million each to 100 million, and plan to bring it to 500 million each.

Before we took over, universities were affected by lawlessness and political unrest. The University of Balochistan held its convocation after a gap of 10 years. Now it is being held every year. The Balochistan University of Information Technology, Engineering and Management Sciences (BUITEMS) had 3000 students; now it has 12,000 enrolled students and 34 departments. Similarly, Lasbela University and others have improved a lot.

There is a belief that provinces are incapable of implementing the 18th Amendment and following it up with legislation at the provincial level?

We are second after Punjab in following up with legislation post the 18th Amendment. Punjab has amended 91 laws, while we have amended 74. We haven’t left out a single aspect, whether it’s education, local languages, narcotics, terrorism, child labour, human rights issues and other aspects of legislation. Previously, the Balochistan Assembly had no formal history of the proper functioning of parliamentary standing committees. We, made the parliamentary committees functional, and improved performance through feedback. In the Pakistan Institute of Legislative Development and Transparency (PILDAT) survey, we were on top for the first two years of our term.

How has the 18th Amendment benefited Balochistan?

The National Finance Commission (NFC) award has benefited us. Prior to this, Balochistan would rely on borrowings from the banks. Now we are self-sufficient. The development budget for constituencies has been increased from 5 million to 250 millions each (for all legislators).

Why hasn’t your performance been projected in the media? The PkMAP leadership seems to focus more on national issues and foreign policy, but does not talk about the performance of the provincial government.

Nationalists and progressive forces always have a problematic relationship with the mainstream media, which is either controlled or is politically biased. We will not get a positive media portrayal because we talk about peaceful coexistence with neighbouring countries and non-interference in each other’s affairs. And if you do this, you will be portrayed negatively. n