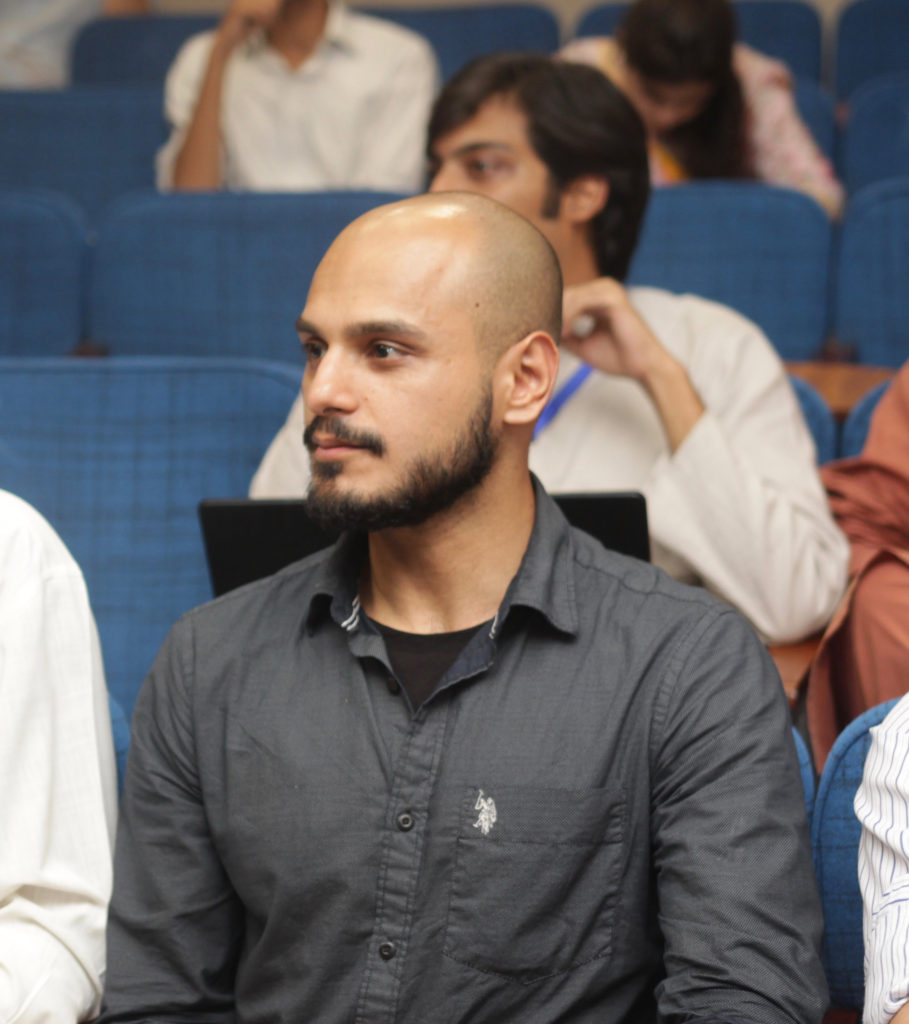 The History Project, an innovative educational project created in 2013, was borne out of a camp in Maine, US, organised in 2004 for youngsters by Seeds for Peace — a conflict-resolution organisation that was operating in Pakistan. Then only 14, Qasim Aslam, over a three-week period, was exposed to nationalities from all over the world and his notion of a rigid right and a rigid wrong was shaken. He was introduced to the possibility of two competing narratives which could both be right in their own respect.

The experience left him with a powerful impression of diversity and a reconciliation on different perspectives, and he wanted to share the experience with thousands of Pakistani and Indian children. After graduating from the Lahore University of Management Sciences, he worked full time in the corporate sector, but later decided to establish his own business. He returned to the idea that had taken root in Maine alongside his business that had also started to take off.

As co-founder and managing director, Aslam remained a constant in The History Project, and several others supported and contributed to the endeavour from time to time. The project’s first book, Rethinking History, which was initiated in 2013, juxtaposed differing historical narratives of India and Pakistan, and youth from select schools on both sides of the border were asked to question the ‘facts’ pertaining to their history and draw conclusions later.

In a society riven with countless differences, what perturbed Aslam the most was that there was little or no concept of teaching schoolchildren any civic sense, including the basics of how to interact with other human beings, how to treat another person, or someone from the minority community, or someone with a different opinion or ideology. This, he strongly believes, is the root cause of the intolerance in Pakistan that is emanating from classrooms and that we are decades behind in recognising the significance of this core value.

The challenge was how to do introduce this basic value in a pragmatic manner, so that schools would be encouraged to include it their school curriculum, in addition to the other subjects students were required to study.

The History Project has been rebranded and is now called The History Project — Beyond The Classroom (BTC) education, with a two-fold model. What differentiates it from others is that it is interactive. At no point do the trainers give any statements or lectures to the students, on which sect or religion is good or bad. Instead, they run a series of activities. For instance, a classroom of 30 students is divided into two groups of 27 students on one side and three on the other. They are asked to compete in an actual soccer match, or a tug-of-war or cricket, and the atmosphere that ensues when 27 students come charging at the three frustrated students serves as a lesson for these youngsters in their formative years, to understand the concept of marginalisation. It is then explained to them that despite the fact that the rules of engagement and the constitution are the same for everyone in the country, yet the situation faced by the minorities is not the same. Following which, students themselves come up with examples of marginalisation.

In another interactive classroom activity, half the classroom is given balloons and the other half, pins, with only one instruction — that the ones left with a red balloon intact at the end of one minute is the winner. Invariably, the students with pins charge at the ones with balloons, bursting them left and right. With no balloon left intact, they are questioned as to why they did that. The children naturally respond by saying that the trainers asked them to. The instruction is repeated, forcing them to think that instead of reacting the way they did, they could just as easily have shared the balloons with their other classmates, making them all winners.

Through these exercises, the students are made to understand the concept of empathy, develop independent critical thinking and taught to exist in a plural society.

Over a five-week course, students are taught concepts of co-existence in a society where everyone is entitled to have an opinion, without being threatened by those who have a different point of view. It leaves a very powerful impression in their minds, which they then share with their parents with whom trainers hold debriefing sessions. Over 3,000 students have been introduced to the BTC programme in 58 schools in five cities and over 100 teachers have received the training.

Currently, the BTC is in the process of updating their curriculum for mid-level schools and developing programmes for senior and junior schools. The next step is to scale up this project and engage with large institutional partners, such as Beacon House and The Citizens Foundation.

Very recently, the BTC signed a MoU with the Choices Department at Brown University in the US to launch a teachers-training course in Pakistan. Over the next 12-18 months, the aim is to promote a teachers-training culture in Pakistan and design a course with Brown University Certification that would be recognised by all educational institutions. The training would empower teachers to transform their classrooms into more student-centric centres that are empathetic, open, safe and fun.

“If our programme can change even one kid in every classroom, and they understand these lessons well enough to be able to talk to their family, friends and neighbours, then we will define it as a success,” concludes Aslam.