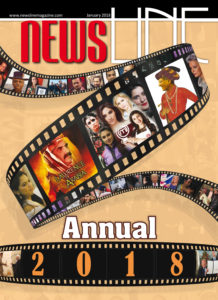 One steps into 2018 with fear, with trepidation, with pessimism. As the forces of darkness pick up speed, gather momentum and garner the backing of the most powerful in the land, there is a sinking feeling.

The Faizabad dharna of the Tehreek-e-Labbaik Ya Rasool Allah (TLY) last November, that held the country’s capital hostage for three weeks, was a watershed moment in the country’s history. It served as a grim reminder of the support extremist forces enjoy in the echelons of power. And how this nexus could tilt the balance in their favour in Elections 2018 and change the course of this country. Which, in turn, could lead to further isolation of Pakistan in the global community.

2017 ended on a tragic note — a suicide bomber targeted a church in Quetta when a Christmas programme was in progress, killing 11 and wounding more than 60 people, making for disturbing headlines across the globe.

And the new year began on an ominous note for Pakistan, with a threatening tweet from the President of the USA. He accused Pakistan of being a liar, of playing double games and failing to tackle extremism, despite receiving USD 33 billion in aid in the last 15 years. He followed it up by suspending at least USD 900 million of military aid to Pakistan.

And as if on cue, the Securities and Exchange Commission of Pakistan swung into action and ordered a ban on all charity donations to Jamaatud Dawa (JuD), a religious organisation that figures on the UN Security Council’s Sanctions Committee list for its alleged role in the Mumbai massacres.

What message does this sudden action send to the world at large? That the Pakistani establishment moves only when under threat. Incidentally, the JuD chief, who has a bounty on his head, is a free man yet again, as the prosecution failed to provide any evidence against him.

The ambivalent policy followed by the powers-that-be vis-a-vis extremist groups has caused us enough grief. But they continue on the same track, regardless. The National Action Plan appears to be dead and buried. Every once in a while, the politicians pay lip-service to it.

Ironically, while militants and extremist groups get away with murder and mayhem and end up with sweetheart deals courtesy the establishment, bloggers and social activists, who have taken to social media to vent their grievances against the establishment’s skewed policies, are being picked up and “disappeared” without a trace.

The state, it appears, is determined to crush all dissenters who stray away from the official narrative. The space for liberals is shrinking by the day.

But those in the driving seat are not unduly concerned. For the last one year, they have only concerned themselves with retaining their own political space.

Incidentally, was the Sharif brothers’ recent trip to Saudi Arabia intended to secure their thrones through the good offices of their royal benefactors? What transpired is not transparent. But the deposed prime minister has returned home with a renewed air of confidence. He is threatening to spill the beans on everyone — that could mean other politicians, the army and the judiciary.

More to the point, can a country teetering on the brink afford it?