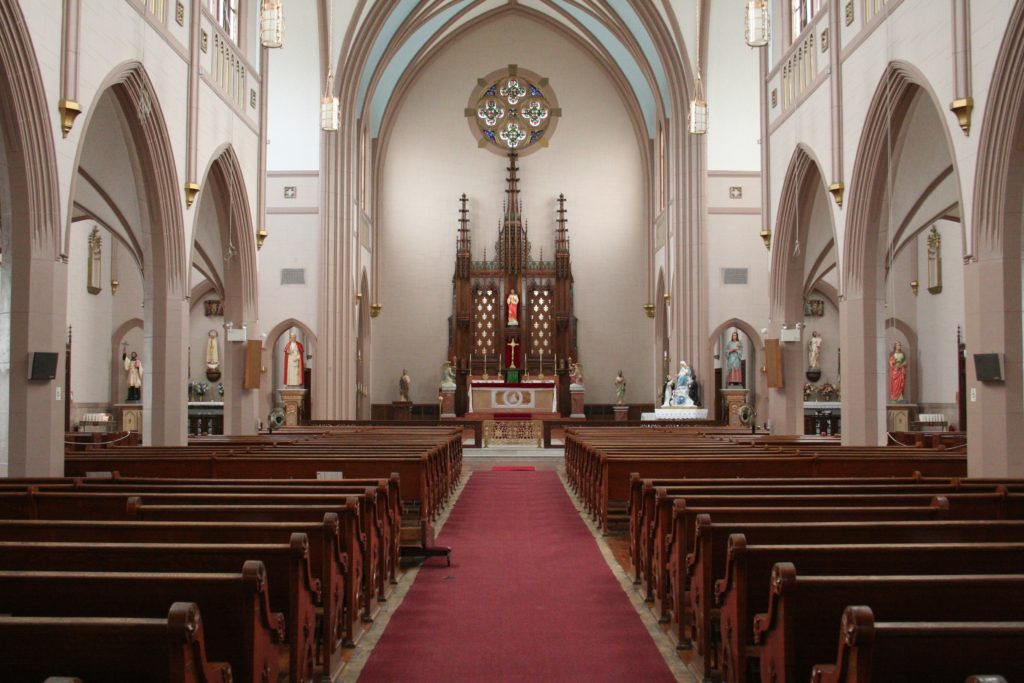 Just a week before Christmas day, another terrorist attack struck a church in Quetta. The shootout, followed by a suicide blast, was perpetrated by the Islamic State (IS), on a church full of worshippers It sent shock waves through the Christian community of Pakistan. Thereafter, they would celebrate the birth of Christ in fear.

On December 17, around midday, when a Christmas programme for children was underway, four terrorists attacked the Bethel Memorial Methodist Church. The edifice was built in 1935, on Zarghoon Road in Quetta, the capital of Balochistan — the most militarised province in the country.

The attackers killed 11 Christians — men, women and children — and wounded more than 60 others.

At the time of the attack, nearly 400 worshippers were present in the church. First, the church’s security guard, George Masih, was killed. The other security personnel at the church reacted immediately, and this resulted in intense firing from both sides.

Two terrorists managed to escape, one was killed, and the other tried to enter the church hall. As he could not manage to get in, he quickly detonated his suicide vest, which was filled with explosives, and blew himself up near the main door of the church. It was here that the attack caused the most casualties. Many of the injured people were taken to the Civil Hospital, the medical facility nearest to the church.

The IS’s regional affiliate, known as IS in Khorasan, a much-feared terrorist group, claimed responsibility through its Aamaq News service. However, the agency did not give any further details. 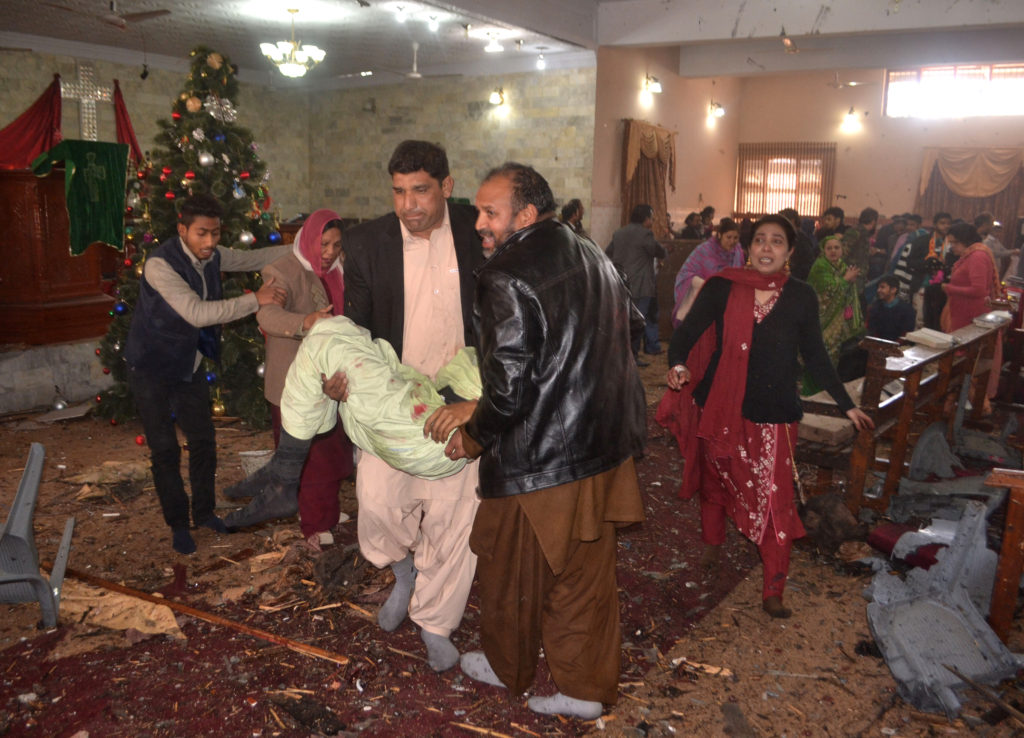 Mir Sarfraz Bugti, Home Minister of Balochistan, contended that the terrorists wanted to take hostages inside the church, but they could not succeed because of the quick intervention of the security forces.

Quetta has witnessed repeated attacks on religious minorities, including the Hazara community, with little protection provided by the government. Now, there is an overwhelming feeling of insecurity among Christians.

Christians make up a tiny minority of the local population and run several educational and health institutions, which serve all communities, regardless of faith and ethnicity. The attack on the church caused approximately over a million rupees worth of damage.

Khalil George, a Christian PML-N MNA from Quetta, demanded greater security from the government and necessary funds to ensure protection for the churches. He also asked the government to allocate Rs 30 million each as compensation for the families of the victims and Rs 10 million for every wounded person.

According to media reports, terrorists were planning to attack more churches. The Counter Terrorism Department (CTD) arrested three terrorists — Naveed, Shahid, and Arshad — from Muzaffargarh, in southern Punjab, on December 22. All three belonged to IS and were originally from Toba Tek Singh, Sahiwal and Okara. According to Awas Ahmed, DPO Muzaffargarh, these terrorists wanted to conduct attacks on Christmas day.

The recent attack on a church happened a day after the nation observed the third anniversary of the Army Public School attack in Peshawar, the capital of Khyber Pakhtunkhwa (KP).

The state repeatedly claims that the backbone of the terrorists has been broken through operations. One question, however, remains unanswered: how are terrorists still able to conduct attacks in major cities and supposedly secure areas?

This exposes the flaws in the security policy, despite the ongoing military operation. Rather than answering fundamental questions, the state is only focused on praising security personnel, who stopped the terrorists and prevented a greater loss of life.

According to a Dawn editorial titled ‘Church Tragedy in Quetta,’ “The state appears to be caught in a defensive crouch, lashing out at real and perceived external enemies, but unable to bring greater coherence and organisation to the fight against militancy.” In addition, the state always denies the presence of IS in the country, while in recent years, the organisation has claimed responsibility for several bloody attacks.

The current trend of militancy shows that the state’s policies are inconsistent and unable to address this menace.

Naturally, militancy cannot be curtailed by appeasing some terrorist groups in the guise of national security. Militancy will continue to flourish as long as preachers who incite violence and promote hate speech, are tolerated by the state, as was witnessed weeks ago during the Faizabad protests, in Islamabad.

Hate speech breeds radicalisation, militancy and terrorism, and strengthens a mindset devoid of enlightenment. After visiting the church as well as the injured in Quetta’s hospitals, Christian and Muslim members of the Interfaith Advisory Commission (IAC), mainly from Punjab, called upon the government to address the root causes of intolerance and extremism.

Christians, the second-largest minority of the country, make up only two per cent of the total population. About 80 per cent live in Punjab — most of them marginalised and in low-paying jobs.

The Quetta attack spread horror across this besieged community, which was in a festive mode owing to the Christmas season. The assault raised concerns over the security of the Christian minority, which is always an easy target. “Despite its repeated claims, the state has badly failed in protecting minorities,” Javaid Nazir, a Christian social worker, told Newsline.

A Daily Times editorial, titled ‘Quetta Bleeds Again,’ pointed out, “The groups that incite violence against minority communities are, unfortunately, not only given space by the government, but seem to enjoy a greater power than the state institutions.” 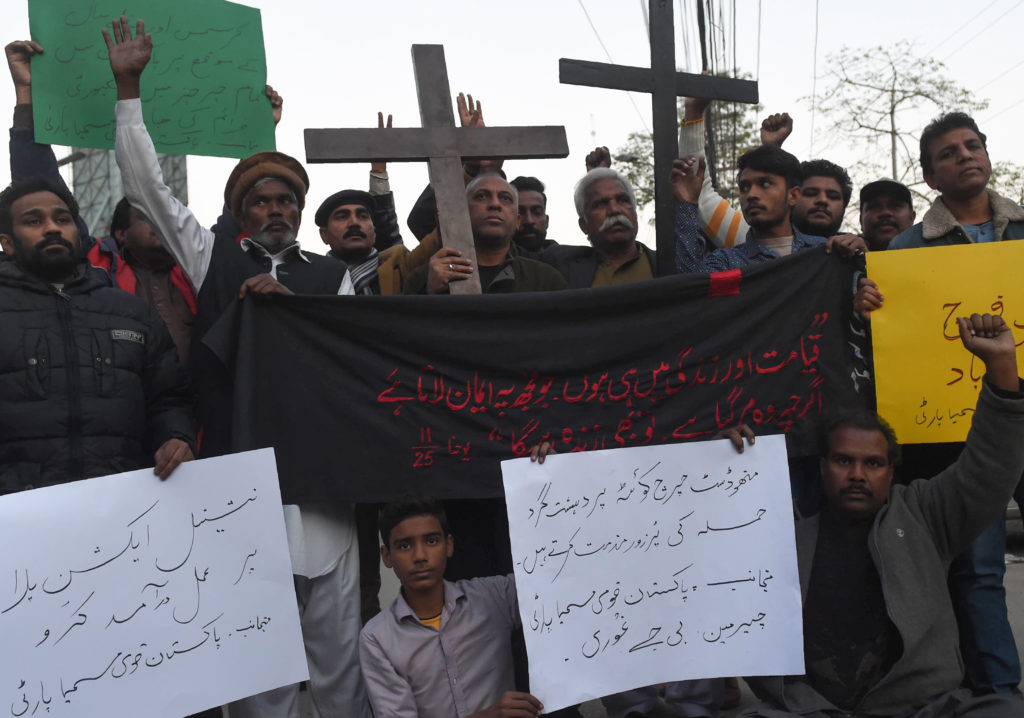 The Christian community and its places of worship all over Pakistan, have been targeted frequently by terrorists, since 2001. On October 28, 2001, Christian worshippers were attacked inside Saint Dominic’s Church in Bahawalpur, by six assailants belonging to the Lashkar-e-Jhangvi (LeJ), an Islamic sectarian organisation. They killed a Muslim guard of the church and 17 Christians, and injured more than a dozen parishioners.

In 2002, terrorists attacked a church in Islamabad, killing five people and injuring many. In September 2013, when the federal government was in talks with various Taliban factions, a twin suicide bombing at the All Saints Church in Peshawar, resulted in 127 casualties. It was the deadliest attack ever against Christians in Pakistan.

On March 14, 2015, 21 people were killed and more than 80 injured in suicide attacks by the Taliban on two churches in Youhanabad, a dense Christian neighbourhood in Lahore.

In a suicide attack on March 27, 2016 (Easter Sunday) at Gulshan-e-Iqbal Park in Lahore, the capital of Punjab province and the second-largest city of Pakistan, at least 74 people, both Christian and Muslim, were killed. Over 370 people were injured, including 29 children.

On September 2, 2016, a Christian colony on the outskirts of Peshawar came under attack in the early hours of the morning, by militants of the TTP-Ahrar faction. Terrorists entered the locality after killing one and injuring two civilian security guards. A prompt response by the army, Frontier Corps and police averted the terrorists’ plan, and all four attackers were killed.

Pakistan has suffered increasingly from terrorism since 2001, but Pakistani authorities have largely ignored the activities of some sectarian, militant and terrorist groups.

Until now, at least 60,000 people have lost their lives at the hands of terrorists.

In a familiar pattern, after every major attack, the government pledges to fight terrorism and ensures the nation that security risks are at the lowest level. Moreover, it blames the neighbouring countries for the troubles.

This time, as usual, the government shifted the blame on Afghanistan, accusing it of having safe havens for militants.

However, blaming others cannot solve our problems. The state must address the root causes. Hence, there is a bigger need to look inward to address the issues of radicalisation, extremism and terrorism.

Regrettably, some Christian leaders who want to please the authorities, follow the same narrative. They totally ignore the fundamental questions and try to divert attention from the main issues. They ignore the fact that Pakistan’s minority communities not only face danger from militants and terrorists, but often also from their fellow citizens, who consider them inferior.

In many incidents, local Muslim mobs of thousands of people attacked Christian houses, churches and institutions in Shantinagar, Sangla Hill, Gojra, Lahore and in many other cities and villages.

A major factor behind these attacks is the continuous hatred and intolerance against minorities, promoted by some state and non-state actors. The state must stop turning a blind eye to their activities and hold them accountable.