Sanaullah Baloch, a member of the central committee of the Balochistan National Party- Mengal (BNP-M), former senator (2003-2008) and member National Assembly (1997-1999), has returned to Pakistan to campaign for the upcoming elections, after serving in the United Nations Development Programme (UNDP) as Chief Technical Adviser in Sierra Leone (2013-2017) and Somalia.

During his stay abroad, he contested elections from PB-46 (Kharan) and lost to the Pakistan Muslim League-Quaid (PML-Q) candidate. A fierce critic of the Balochistan coalition government, his party, the BNP-M, has emerged as a strong contender for the next polls. Should it come into power, Sanaullah Baloch would be holding a key portfolio. Newsline interviewed him just a day after former president PPP Balochistan, Lashkari Raisani, brother of ex-CM Nawab Aslam Raisani, and an ex-senator himself, announced he had joined the BNP-M. 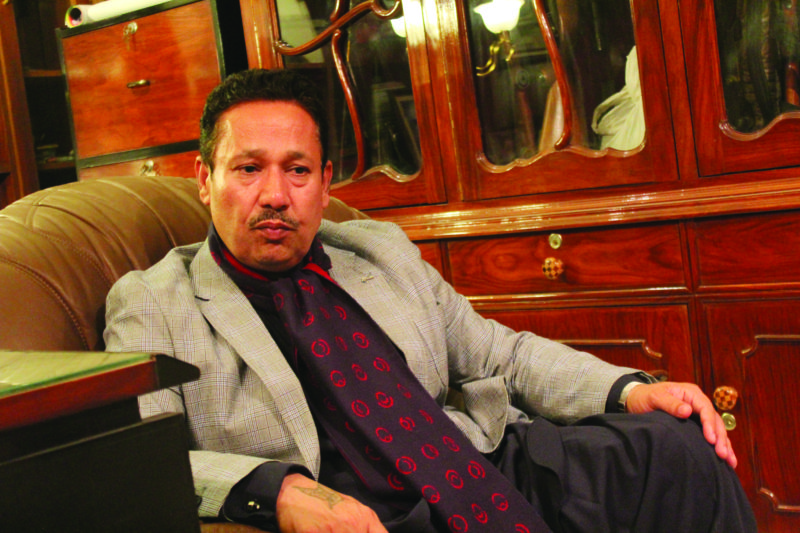 I think people have realised the need for an organised political force. Unfortunately, in Balochistan, it’s individuals and small interests groups who are empowered and not political forces. These groups don’t have any ideology, any plan or policy. Balochistan has suffered at the hands of these interest groups.

In 2008, you resigned from the Senate with an emotional speech presenting the grievances of the Baloch people and the province. What was the thinking behind that decision?

My decision was a reaction to the circumstances that emerged in 2006 after the murder of Nawab Akbar Bugti, and the unrest that followed. I tried to put some viable and practical solutions before the house regarding the unrest in Balochistan. I proposed that Balochistan should be given its just share, control over its own resources, and preferential treatment in allocating financial resources to it. Also, I reiterated my stance over abolishing the concurrent list, and giving provincial autonomy.

Now you are back and in active politics. How would you compare the circumstances with 2008 when you resigned?

In 2010, when the PPP-led coalition government passed the 18th Amendment, Balochistan was given a financial cushion, its financial woes were addressed, and flexibility was shown for further legislation. That is why, in the 2013 general elections, we participated wholeheartedly in the elections. I contested from Kharan, but lost by a small margin; you know how elections are manipulated here, most of our candidates were defeated by creating a difference of a few hundred votes. But we are determined to contest the next poll. The situation can be improved, since there is political, financial, and legislative space. What is lacking is visionary leadership that understands the challenges in education, health, infrastructure, employment, and the energy sector, and can deal with the administrative collapse in the province.

What about the political unrest in Balochistan?

That is another challenge; the province has people with extreme political positions. This issue can be dealt with by starting a conflict resolution process, which unfortunately, has not been initiated. People were not made aware of the increased space at the political, financial and legislative level post the 18th Amendment.

The political elites that were brought into power failed to capitalise on these gains, and have not transferred its advantages to the people. They have just enriched themselves. You know 68 per cent of Balochistan’s resources are wasted due to financial irregularities.

Rs. 80 billion a year is available in the development budget. Balochistan has 34 districts; even with one billion a year per district we could develop Balochistan to the level of any developed territory of Pakistan. But the political elite, through corruption and mismanagement, have aggravated the situation further. The development budget is not spent on education, health and public utilities. Financial resources are not spent in generating energy, so how can industries be established, employment be generated, and the agriculture sector be improved?

You say that Balochistan has not benefited from the 18th Amendment, but the provincial government claims they have made 74 out 101 laws that were required for its implementation.

In my view their performance in this aspect is very disappointing. The previous government (during the PPP tenure) complained they got little time for legislation and implementation, and perhaps there was lack of capacity as well. However, the present government was formed by two major nationalist parties in the province, and, despite our reservations over the election process, we gave them full space. There were no strikes, no agitation, and still they failed to deliver. They haven’t taken a single big initiative which could help the province stand on its own feet. For example, half the province has electricity only for six to seven hours a day.

Balochistan has three power generation projects, all in the private sector, who sell electricity at higher rates. It has a development budget of 70-80 billion rupees, gas resources, yet the govenrment has not added a single megawatt of electricity through their own resources. Before the 18th Amendment you couldn’t take these steps. The irony is that Balochistan was in the forefront for the struggle for provincial autonomy. But when it came to taking advantage when the battle was won, Balochistan got left far behind, thanks to the political elite here who haven’t understood the scope of these advantages.

The BNP-M has always asserted that only those who are favoured by the establishment can come to power in Balochistan. For them, security is the priority. How do you propose to tackle the issue?

The establishment is a major stakeholder, not only in Balochistan but the whole country. They have security concerns owing to Balochistan’s geostrategic location. However, security concerns do not collide with peoples’ interests, their desire for development and access to their own resources. They have to understand that political forces need to be given space and a synergy could be built by aligning these interests. Regarding your question relating to space for us, let the people decide. Just allow a free and transparent electoral process.

You talk about corruption and financial mismanagement, but in the Balochistan context, in recent years, several army officers, and an IG of the Frontier Corps faced corruption charges and action was taken against him and others. Also Balochistan, due to its border with Afghanistan and Iran, serves as a doorway to informal trade, smuggling etc. How would you deal with this?

We realise that different people have benefited from the security situation in Balochistan and these people would want the status quo to be maintained. These people might be present, both in the security institutions, and among the political elite. But when a dialogue and process on Balochistan is initiated, these problems will be addressed and the issue of informal trade through our borders will be resolved.

How would you address issues related to the China Pakistan Economic Corridor (CPEC), the Saindak Project, the Reko Diq project, and the Afghanistan Pakistan Transit Trade Agreement (APTTA)?

I have taken the Saindak project case to the high courts as regulations were violated in the extension of the project. Though Islamabad cannot be absolved of responsibility, I hold the provincial government responsible also, since the federal government wanted the provincial government to take it over, but the latter didn’t show interest. I think the ruling parties had not done their homework for dealing with these issues. When you are incompetent, others will take advantage, whether it’s the federal government, or the Chinese firms. When you cannot safeguard your own interests and sell out your resources at cheap prices, why would others care? In Balochistan, the PML-N was part of the provincial government but didn’t negotiate properly. For instance, Balochistan will not get a single megawatt from the power projects in CPEC. If you don’t have electricity, how will you build economic zones?

You talk of political reconciliation and conflict resolution. The present government tried to initiate a dialogue with the warring nationalist groups, but ended up incurring the wrath of these groups. How would you deal with it?

Our first and foremost agenda is to stop the bloodshed in Balochistan. For conflict resolution, you have to restore people’s confidence and make them feel part of the process. We have a comprehensive plan to deal with these issues, and a tested reconciliation process that has been applied in different countries. There are people, our well-wishers, who would help us in ending the bloodshed.

How was your experience working with the UNDP in African countries. Would that knowledge help you?

The situation has changed; now Africa has lesser conflicts than Asia. It has some of the most modern constitutions in the world which have addressed the aspirations of the people. There is hardly any region in Africa which is behind Balochistan in different indicators such as the poverty and child mortality indices.

What I have learned from the African experience is that if people are given political space, and state institutions stop manipulating the system and don’t back violent and corrupt practices, the situation will improve.

The conditions in the Balochistan of today can be compared to those prevalent in Africa 15 years back.