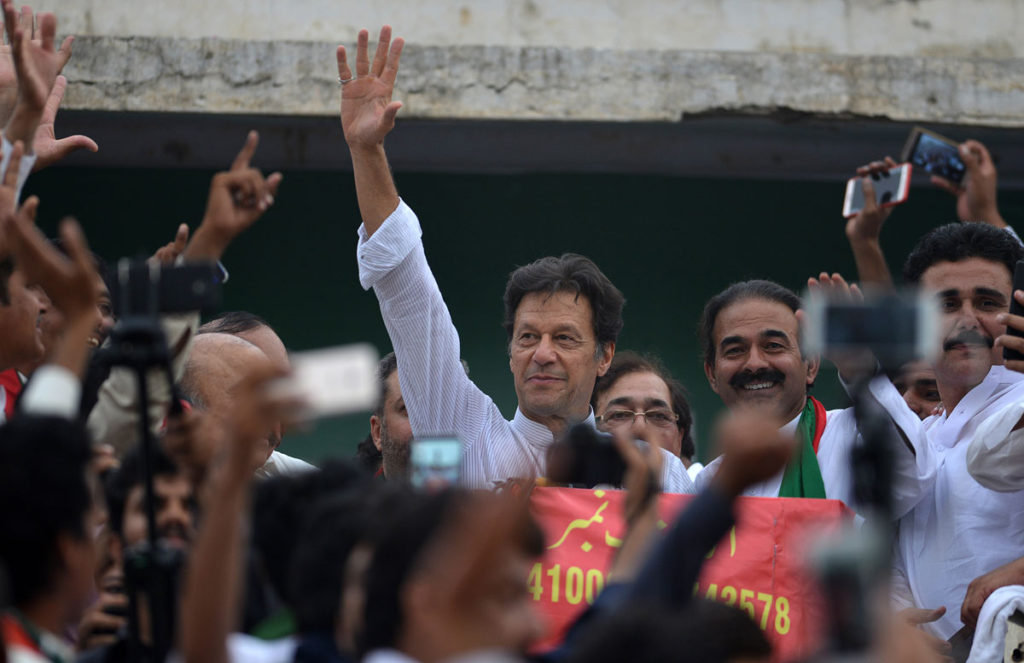 Of the 272 directly elected National Assembly seats, 141 will be contested in Punjab. This is why winning the province is synonymous with ruling the country.

All pre-election predictions point towards a one-on-one battle between the Pakistan Muslim League-Nawaz (PML-N), which formed the outgoing Punjab and federal governments, and the Pakistan Tehreek-i-Insaf (PTI), the party that has run them the closest in the country’s most populous province over the past five years.

While the PTI could only bag 28 seats in the 2013 general elections — compared to the PML-N’s 126 — only six of these came from Punjab. However, with the Pakistan People’s Party (PPP) being dismantled in the province — the party held a meagre eight Punjab Assembly seats, and four from Punjab in the National Assembly — the anti-PML-N vote has increasingly been diverted to the PTI. This has been reflected in the by-elections throughout Punjab in the last five years.

The most high-profile of these was the then NA-120 (now NA-125) by-election of September 2017, on the seat vacated by former prime minister Nawaz Sharif, following his ouster. The fact that this was, like the 2013 elections, a PML-N-PTI one-two finish, was typical of how the vast majority of by-elections in Punjab have panned out. That the margin of the PML-N win had been reduced from 40,000 to 14,000 votes in four years, is being cited as evidence of the PTI gaining ground in the province.

However, when it comes to winning elections, PML-N has been the dominant force. In addition to overwhelming triumphs in the 2015 local bodies selections, the party won 16 National Assembly and 27 provincial assembly seats in the by-elections between 2013 and September 2017. The PTI came in second, with six and nine seats respectively.

Even so, there were major wins for PTI in the province, including Aamir Dogar’s victory over former party president, Javed Hashmi, in Multan and Jahangir Tareen’s defeat of PML-N’s Siddique Baloch by over 35,000 votes, in Lodhran. 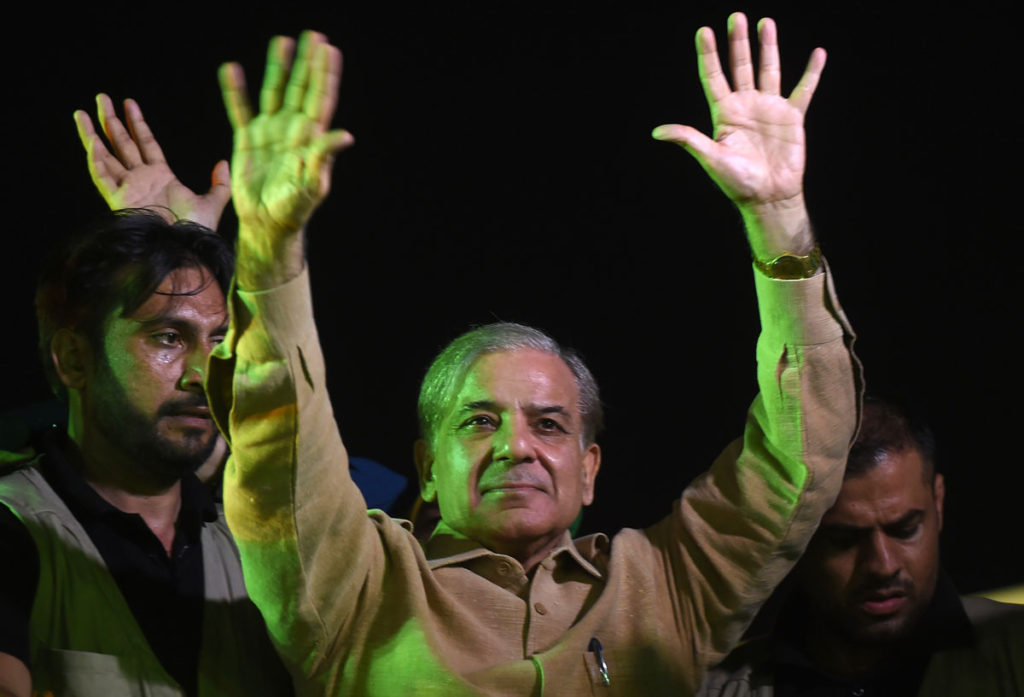 However, the general consensus is that the ruling party has the upper hand in the by-elections, considering its control of the administrative machinery.

“In the [Okara] by-election, my son Khurram Jehangir won,” says former PPP Punjab President Manzoor Wattoo, “despite the PML-N government being in the centre and in Punjab.” According to him, this was a “huge” development, because “who votes for anyone outside the ruling party in by-elections?” — and that too for a party like the PPP, which had no one in central Punjab.

Wattoo, however, has parted ways with the PPP after a decade, and will be contesting the elections independently this year. In 2008, he won two National Assembly seats as an independent candidate and then joined the PPP.

“I don’t want to speak ill of the PPP — I have fond memories with them,” he continues. “But the ground realities forced me to take this step.”

Zaeem Qadri, a former PML-N spokesperson, is another person who left his party after having been denied a ticket. His situation epitomises the internal struggles of the PML-N.

“I cannot polish Hamza Shehbaz’s boots,” Qadri told the media in an explosive press conference on June 21, the day he announced his departure from the party. “Bring on your employees, boot-polishers and masseurs; my election is against you Hamza Shehbaz,” bellowed the now independent candidate.

A Nawaz Sharif loyalist, he was overlooked by Shehbaz Sharif and Hamza Shehbaz in their attempts to rubberstamp their influence on the PML-N, sources close to Qadri say.

“Despite this, even if Nawaz Sharif calls him today, he’ll go back to the PML-N,” says a close aide of Qadri’s. “However, Shehbaz Sharif and Hamza [Shehbaz] see him as someone who challenges their authority and would’ve caused a problem in the future.”

Party insiders also confirm that with Nawaz’s ouster, Shehbaz’s influence in the party is increasing.

“The divisions between the two camps are obvious,” says a PML-N worker. “Hamza Shehbaz didn’t even campaign for [the then] NA-120 elections. The upcoming elections are as much a competition about ruling the country as they are about ruling the PML-N.”

However, the consensus within the PML-N is that the various lobbies, factions and dissenting groups should be kept united till the elections — failing which the party can suffer serious electoral setbacks. This is also being cited as a the prime reason why the PML-N isn’t nominating candidates to contest against Chaudhary Nisar Ali Khan, with the hope of wooing him back after the elections. 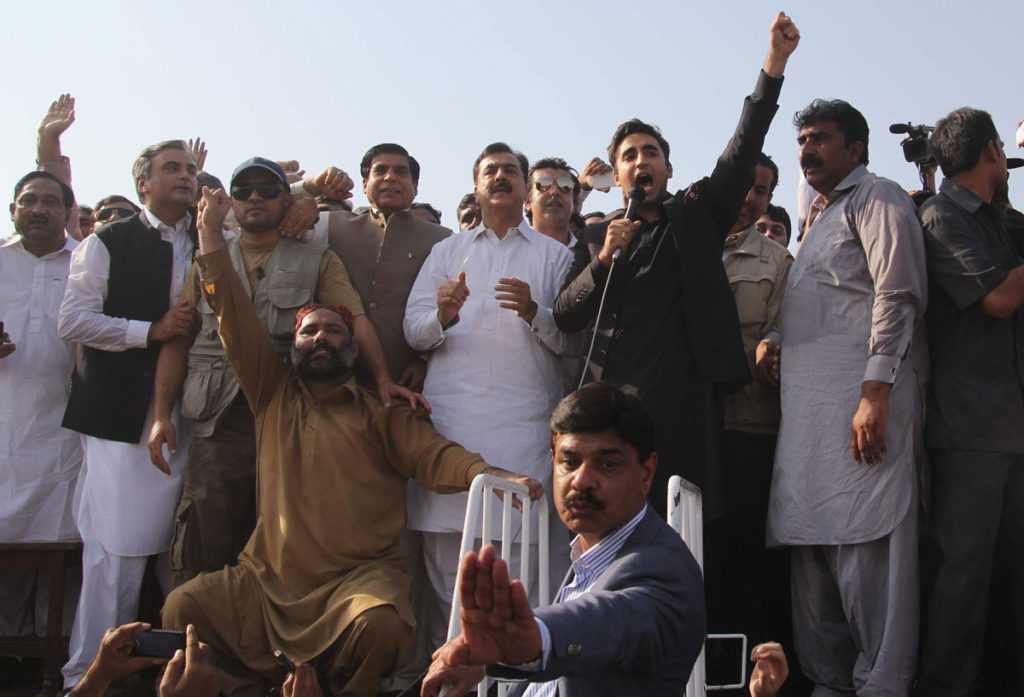 But the PTI feels that the PML-N’s days are numbered and is expecting more than just a few setbacks for them.

“I can see the PTI sweeping Punjab,” says former PTI Punjab president, Ejaz Chaudhary. “There’s a new Chief Secretary and IG [in Punjab]. If they can [carry out an] overhaul of the district administration, the result will be in front of you.”

Chaudhary says that the party has come up with a new strategy and has gone for candidates that have political influence at the grassroots level.

“Our ticket allocation strategy has been absolutely clear and we have given preference to those who have influence on the ground, and as is evident, there has been a significant increase in the PTI’s vote with every passing day,” he says.

However, it is this very strategy of going for “electables,” instead of the founding members who defined the party’s raison d’etre of a ‘new’ Pakistan, which has come under severe criticism.

“I was the Punjab president in 2013, and I was responsible for handing out the tickets. We gave 80 per cent of the tickets to new people — 40 per cent of which went to the youth,” recalls Chaudhary. “And all the analysts criticised us and said that our candidates don’t have the potential to contest elections. Now we’ve looked at things from the perspective of experience — we’ve mixed and matched them this time.”

Chaudhary remains optimistic that Sharif’s ouster, coupled with the corruption cases shrouding his family, will ensure that the PML-N is bid adieu in Punjab.

“Let me tell you about the psyche of Pakistanis, especially Punjabis,” he says. “They don’t remain with anyone who drops out of the scene. Secondly, who would support criminals?”

Many analysts, however, are predicting a coalition government at the centre, with the final results in Punjab determining who will lead.

Wattoo agrees. “Yes, I think there’s a chance that a coalition government will be formed. There are three major parties — the PML-N, the PTI and the PPP. Two of these will form the coalition,” he says. “Which two? I think any street vendor can answer that question. But yes, it would depend on who does well in Punjab.”