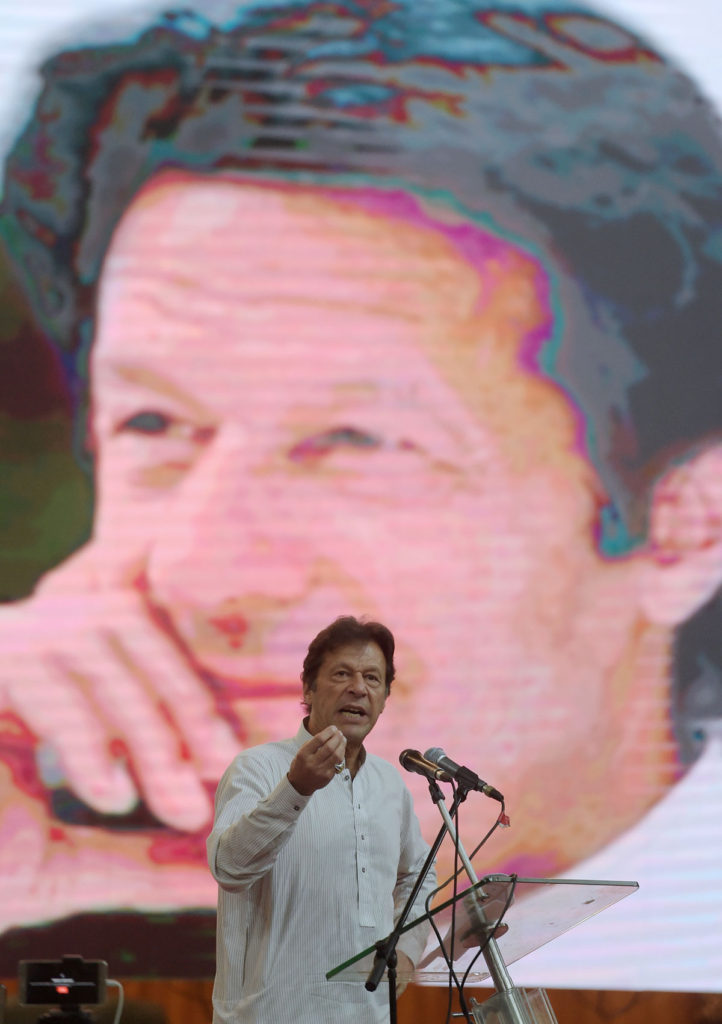 Khyber Pakhtunkhwa will have to make do with another coalition government as no single party is strong enough to win a decisive victory in the July 25 general elections.

Coalition governments have been the fate of the province, known as North-West Frontier Province (NWFP) until 2010 when it was renamed Khyber Pakhtunkhwa (KP) as a result of a constitutional amendment. Such governments are inherently weak because the coalition partners try to pull it in different directions and the chief minister is forever engaged in appeasing and reconciling allies.

The 2002 general election brought the six-party religio-political alliance, the Muttahida Majlis-e-Amal (MMA) into power, while the Awami National Party (ANP) and the Pakistan People’s Party (PPP) formed the coalition government after winning the 2008 polls. Though the Pakistan Tehreek-e-Insaf (PTI) performed very well in the 2013 general election, it still needed the support of three smaller parties — Aftab Sherpao’s Qaumi Watan Party (QWP), Jamaat-i-Islami (JI) and the Awami Jamhoori Ittehad Pakistan (AJIP) – to form a government. The AJIP, a party founded by the resourceful Tarakai family in Swabi district, later merged with the PTI and the QWP was twice shown the door by Imran Khan on unproved charges of corruption by two of its ministers and indiscipline; however, the JI remained part of the coalition government for the full five-year term. Needless to say, the JI benefited immensely as it had seven lawmakers only in the 125-member provincial assembly and yet got three berths in the cabinet with some of the choicest portfolios.

As the voters in KP are known to make their ruling parties and lawmakers strictly accountable in the elections, one frequent question being asked is whether the PTI too would face accountability and bite the dust.

Though it is unlikely to win as many votes and assembly seats as it did in the 2013 election, the PTI will meet the fate that the MMA and ANP and its coalition partner, PPP, suffered after ruling the province for five years. Despite its likely diminished strength following the coming elections, the PTI would remain one of the important parties in the province and continue to play a role in making and breaking governments.

The electorate had solid reasons for dumping the MMA and the ANP-PPP coalition at the first opportunity after the end of their five-year rule.

The MMA was divided by the time it completed its term in 2008, as Maulana Samiul Haq’s Jamiat Ulema-i-Islam-Sami (JUI-S) had quit the alliance and the differences between the two major components, Jamiat Ulema-i-Islami-Fazl (JUI-F) and JI, had become intractable. The electorate had no incentive to vote for a divided MMA in the 2008 polls and, that too, after a lacklustre performance of its government that promised a lot and delivered little. 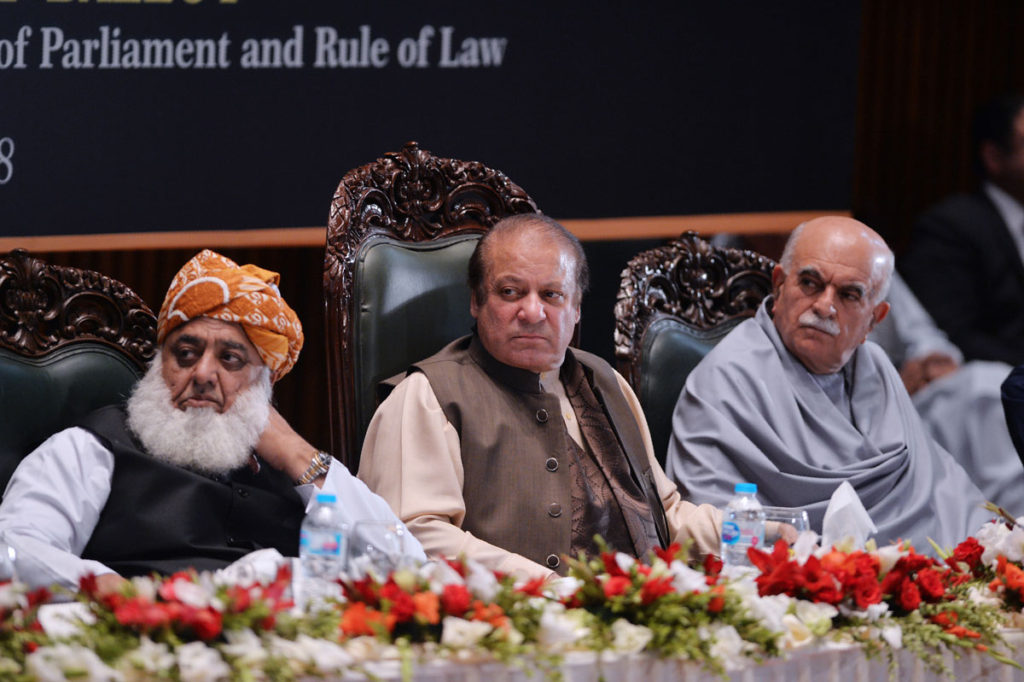 The ANP and PPP got a free hand to rule the province from 2008-2013, as the latter was in power in the centre, and its federal government generously assisted the KP government in implementing its manifesto and agenda. However, the provincial government increasingly faced allegations of corruption and misuse of power. Some of the allegations were true and others unsubstantiated and even imaginary. The voters ignored the government’s achievements in the field of education, health and hydel-power generation and decided to punish both the ANP and the PPP for dishonesty and corruption as stories about the leadership’s accumulation of wealth were told and retold. Though the two parties also faced threats and terrorist attacks by the militants belonging to the Tehreek-i-Taliban Pakistan (TTP) and other groups, which made it risky for their leaders to run their election campaigns, the single biggest reason for the defeat of the ANP and the PPP in the 2013 polls was the strong perception that they had indulged in record corruption. Arguably, this was the biggest defeat suffered by any ruling party in Pakistan.

Until now, there has been no major scandal involving the PTI. There are allegations galore against it, but the reputation of its leaders and lawmakers is generally better than those of other parties. PTI had made big promises and given a timeline for carrying out reforms, but it has failed to deliver. Its promise of ‘change’ attracted record voters, but the disappointment has also been huge. The reforms in the education, health and other sectors are somewhat visible, but what was promised was a lot more. The PTI-led coalition government did good legislation, ran a unique tree-plantation campaign under the ‘Billion Tree Tsunami’ and introduced the innovative ‘Insaf Health Card’ scheme, which enabled poor patients to avail free medical treatment.

As the PTI has opted for a solo flight and is contesting the elections in KP without making any electoral alliances or seat-adjustments with any party, all other parties are targeting it and a few are already moving towards making anti-PTI seat-adjustments. Maulana Fazlur Rahman’s JUI-F and Nawaz Sharif’s PML-N in particular, have already made seat-adjustments in Bannu to defeat Imran Khan and in Swat to facilitate Shehbaz Sharif’s victory. More such seat-adjustments are being negotiated and the chances of a coalition between the PML-N and the JUI-F-led MMA after the polls are increasing. In fact, all the parties, including the ANP and the PPP, could join hands to keep the PTI out of power in the province in the post-election period.

The seven former tribal agencies in FATA, now known as tribal districts, and the six Frontier Regions, renamed tribal sub-divisions, would continue to be represented in the parliament, but representation in the KP Assembly won’t happen until 2019.  The election campaign is in full swing in the tribal districts despite security concerns and lack of timely measures to set up the new administrative and judicial system that is needed for FATA’s merger with KP. Except for a few, most of the political parties are not well-established in the tribal districts and would struggle to win the 12 seats in the National Assembly against resourceful independent candidates.

A positive development is the decision by three leaders of the Pashtun Tahafuz Movement (PTM), a rights-based movement of Pashtun youth that has been very critical of the military, to take part in the elections from the tribal districts. Ali Wazir is contesting for the National Assembly seat from South Waziristan, Mohsin Dawar from North Waziristan and Abdullah Nangyal from the one seat meant for the six tribal subdivisions.

In mainstream KP, three aspirants for the office of prime minister, four former chief ministers and a few others eyeing the position of chief executive of the province are contesting the elections.

It is obvious that KP is getting more attention from the countrywide parties and top politicians in this election and this should augur well for national integration.