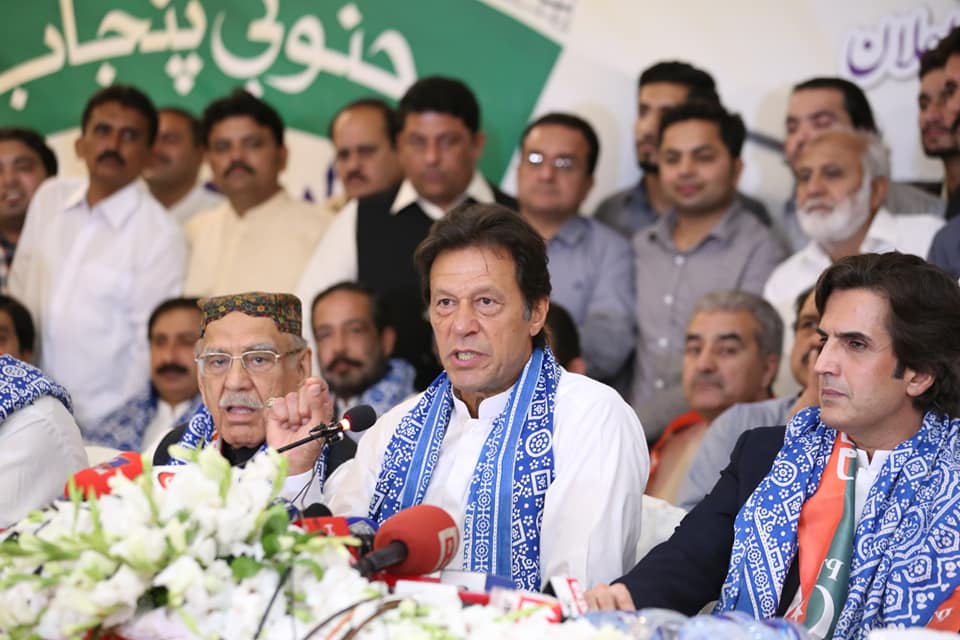 The division of Punjab to create a separate province comprising the southern Punjab districts in Multan, Bahawalpur and Dera Ghazi Khan Divisions is a thorny issue that all the mainstream political parties have to confront. While the positions they hold have shifted from time to time, recent developments have brought the issue to the fore.

In April, around a dozen lawmakers from the ruling PML-N rebelled to form the Janoobi Punjab Suba Mahaz (JPSM). They later merged the JPSM with the PTI, following a written agreement that if the PTI formed the government post- 2018 elections, the party would be bound to create a south Punjab province within the first 100 days of its rule.

Opinions diverge on the basis on which the new province should be carved out of the existing province of Punjab; on its proposed nomenclature; and on the number of districts it should encompass.

Constitutional experts observe, however, that a vote by two-thirds majority is required in the Senate, and in the National and Punjab Assemblies to amend the basic articles in the Constitution, for the creation of  a new province.

At present, the Election Commission of Pakistan’s preliminary report maps 46 National Assembly constituencies in 11 districts of Multan, Bahawalpur and Dera Ghazi Khan Divisions, starting from NA-150-Khanewal-I to NA-195-Rajanpur-III. Similarly, 95 Punjab Assembly slots are delimited in the II  south Punjab districts, starting from PP-203 Khanewal-I to PP-297 Rajanpur-V.  The new delimitations have reduced nine slots in the region, compared to the 2013 general elections which had 104 Punjab Assembly slots in south Punjab.

Journalist Hyder Javed Syed says that the PTI and the PPP have placed the establishment of the south Punjab province as the top priority in their respective party manifestos for election 2018. “The separate province demand emerges as a trump card for the mainstream political parties. It will be hard for the PML-N, PTI and PPP to back out from their positions,” he says. “Bilawal Bhutto raised the slogan of ‘Ghinsoon, Ghinsoon Suba Ghinsoon (We will get a province.’) when he spoke at a public gathering in Multan in April.”

Meanwhile, MNA Jamshed Dasti complains that “Political parties always use the Seraiki province demand for political point-scoring, but they do not back up their words with action.” He says that neither the PPP, nor the PTI supported his Seraiki province bill, which was first tabled in the National Assembly in 2014 and later in 2017. Only the Muttahida Qaumi Movement supported the bill. 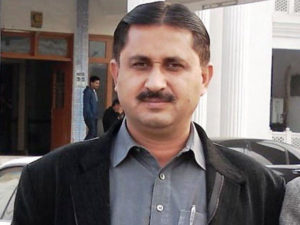 The PPP government had constituted a Province Commission in 2012, headed by Senator Farhatullah Babar. The Commission recommended a new province named  ‘Bahawalpur Janoobi Punjab,’ including 11 districts of Multan, Bahawalpur and Dera Ghazi Khan Divisions, plus Mianwali and Bhakkar districts.

However, the Seraikistan Suba Mahaz (SSM) rejected the proposed name and the province composed of 13 districts.

The 2017 census report of the Pakistan Bureau of Statistics confirms Seraiki as the country’s fourth most widely spoken language. The latest census results show that 13 per cent of the population speaks Seraiki across the country, compared to Punjabi 44.15, Pushto 15.42, Sindhi 14.1, Urdu 7.57 and Balochi 3.57 per cent; 4.66 per cent  speak other languages. According to Dr Ahsan Waghq Seraiki intellectual, talking to Dawn, “Even this (13 %) does not reflect the total Seraiki population which is much more.”

SSM chairman, Khawaja Ghulam Farid Koreja, claims the Seraiki national rights movement is the result of decades’ long socio-political deprivation, exploitation and alienation of the Seraiki people. “Instead of moving forward, the Seraiki region has slid downhill in terms of development,” he says. “Multan district stood at number four and Rahim Yar Khan at number six in terms of development in 1970. However, development indicators now show that Multan stands at 13 and Rahim Yar Khan at 16 in 2011.”

The Province Commission Report has clearly highlighted the discriminatory policies towards south Punjab. “The people of south Punjab felt deprived in terms of resource allocation, job quotas, educational institutions and development projects. The quota of Punjab in the federal civil bureaucracy is nearly 50 per cent of the total. The south Punjab divisions of Multan, Dera Ghazi Khan and Bahawalpur should get 30 per cent of the Punjab quota since they comprise 30 per cent of its population.

“However, they only get 12 to 15 per cent of the Punjab quota in federal jobs. The number of  Punjab officers in the three important civil service groups including DMG, Police and OMG, is 1086, including 146 from Rawalpindi division, 149 from Gujranwala division and 338 from Lahore division. As against this, the three divisions of south Punjab – Dera Ghazi Khan, Multan and Bahawalpur – jointly received a share of only 157 officers in these three groups,” says the Commission Report.

SSM co-chairperson, Zahor Dhareeja, expresses concerns over the National Finance Commission (NFC) Award. He claims that Punjab has exploited the Seraiki region in allocation of funds by the federal government. In the 7th NFC Award, he points out, the criteria have been expanded to include population, poverty and revenue collection.

Meantime, PTI’s Shah Mahmood Qureshi raised a pertinent question: “How can you justify a province of 110 million (in a country of a little over 200 million) when many countries are smaller than this?”

Senior journalist, Massihullah Jampuri, says that while districts can be created on administrative grounds, under the structure of an existing province, a new province cannot be created purely on administrative grounds. The case of the Seraiki region, he points out, is quite different, where districts are created on an ethnic basis, such as Multan, Dera Ghazi Khan and Bahawalpur. “The new province should be created purely on the basis of cultural identity, language and history,” he asserts.

Eleven Seraiki nationalist political parties have formed a united alliance under the title of Seraikistan Suba Mahaz, (SSM) to demand the creation of a Seraikistan province comprising 24 districts.

The SSM was formed as a response to the merger of JPSM with PTI. It has welcomed mainstream political parties backing its demand for a province, based on shared cultural identity, language and history. The united alliance opposes the creation of a new province on administrative grounds, to be named Bahawalpur Janoobi Punjab, as recommended by the Province Commission.

The SSM vows to contact Sindhi and Balochi nationalists, soliciting their support for the creation of an identity-based province. It plans to launch an aggressive campaign soon after Ramazan. The SSM demands that the PTI and PPP change their party chapter names from south Punjab to Seraiki PPP and Seraiki PTI.

The SSM has planned holding a solidarity conference in Dera Ismail Khan, Bahawalpur, Mianwali, Jhang, Multan and other districts to mobilise the masses for the creation of the new province. The SSM will hold district conventions after Ramazan and its first workers’ convention in Kot Mithan Sharif, after Eid.