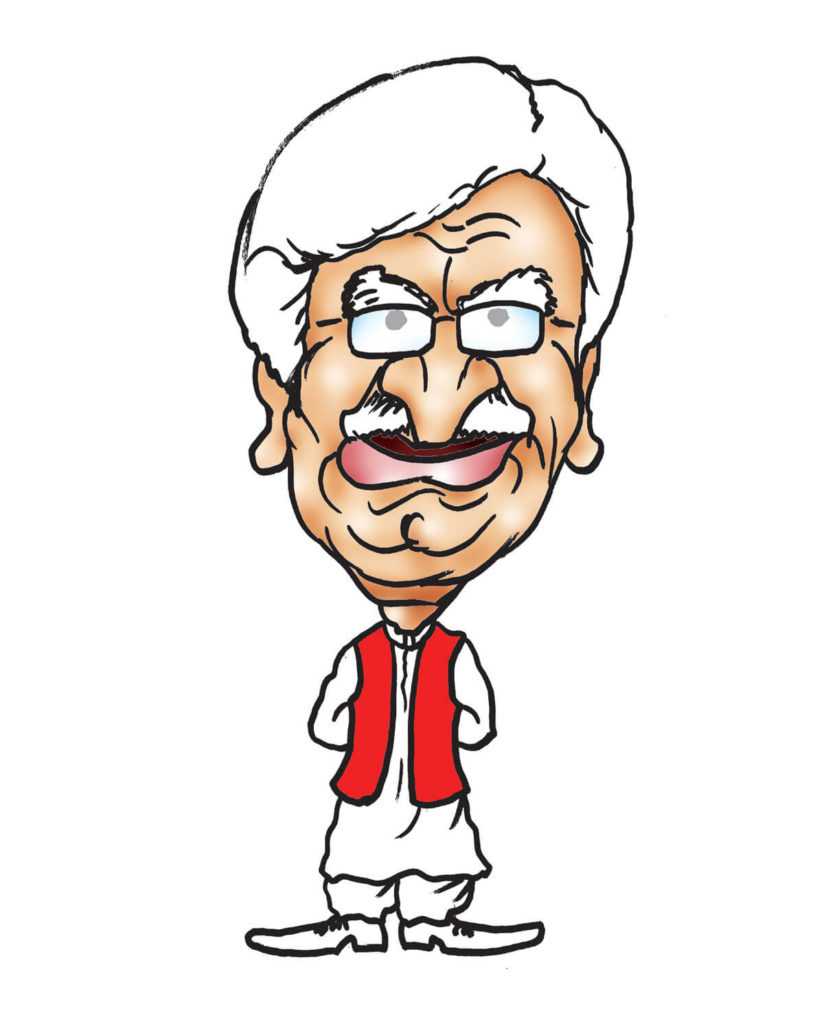 The Awami National Party (ANP)’s dismal performance in the 2013 general elections came as a rude shock to its supporters. But the party proferred what appeared to be a legitimate excuse. It had been unable to campaign freely in the polls, like the PML-N and the PTI because it was under attack from the terrorists and had lost its parliamentarians, senior leaders and hundreds of workers. In response to a journalist’s question about its poor showing, the ANP chief remarked, in a sarcastic tone, “For us, Hakeemullah Mehsud (the then chief of Tehreek-e-Taliban Pakistan, who was later killed in a drone attack) took on the role of the Chief Election Commissioner…” That may have been partially true, but not entirely.

Usman Qazi, a commentator on social media, summed it up succinctly, when he said that the party had lost due to its obsolete style of doing politics by relying on the traditional political elites, the Khans. The ground realities have changed; the youth bulge in the recent years has broken the mould of the traditional hierarchy, in which voters could be influenced through the local Khans and the traditional institutions of Dera and Hujra.Now people are being influenced by the mainstream media and social networks, not the tales recounted in Deras and Hujras, says Qazi.

This realisation finally dawned on the party’s rank and file, and to reconnect with the youth, which makes up the major chunk of the voters now, they came up with the idea of a National Youth Organisation (NYO), a fresh body to attract the youth in colleges and universities and the Pakhtun localities across Pakistan. New and young cadres were brought into the ANP fold, who not only started to expand its base across Pakistan, but also defended the party on social media platforms. Naturally, this step met with strong resistance from within the party’s second tier leadership, whose influence on the cadres was waning.  In Karachi, for instance, the provincial president of the ANP, Shahi Syed, a man with little political acumen but big pockets, could not bear to have a parallel organisation that would whittle down his influence so he instigated a split in the ranks. At the Sindh level, there are now two NYOs, one that comprises Shahi Syed’s hand-picked officials and the other which is backed by the NYO central leadership.

In KP, the ANP’s home province, the man who has been at the helm of affairs for the last couple of years is Ameer Haider Khan Hoti, former chief minister and son-in-law of the party head, Asfandyar Wali Khan. Known for his pragmatic politics, during his term as CM he gave away Rs 1,135 million to mosques and madrassas in a bid to win support of the conservative religious circles in his hometown, Mardan. He defended this “generosity” by equating his act with that of the Khudai Khidmatgars, who built azad madrassas (schools) in the colonial era to counter the schools run under the British Raj.

His closest aide in Mardan is the former lawmaker and district mayor Mardan, Himayatullah Mayar, who gained notoriety for backing the murderers of Mashal Khan, the university student killed in Abdul Wali Khan University Mardan by the University employees and students after falsely accusing him of blasphemy. A political commentator said, “Haider Hoti couldn’t win his own constituency without support from Mayar. That is why as the head of the committee for awarding party tickets for the upcoming general elections, he gave the ticket of NA-51 to Mayar, despite objections raised by party supporters.”

The ticket-awarding committee further incurred the displeasure of ANP workers by placing party loyalist, Bushra Gohar’s name fifth on the priority list for women’s reserved seats in the National Assembly from the KP, whereas Shazia Aurangzeb, a recent defector from the PPP, was placed at the top of the list. Seemingly the ANP is unhappy with its vice-president’s blunt speeches in parliament on the Mashal Khan case and her presence at the rallies of the Pakhtun Tahaffuz Movement (PTM). The ANP sees the PTM as a potential threat to its turf.

But for now, it is the PTI, which replaced the ANP in the province after winning the 2013 general elections, that constitutes the main threat. The ANP continues to refer to Imran Khan as ‘Taliban Khan’ for his past support to the Taliban and his apathetic remarks about the party when they were under attack from the Taliban. ANP supporters compare the “impressive” performance of their own government with the “poor” performance of the PTI government. Not everyone is convinced.

The party’s electoral strategy for the upcoming elections revolves around a one-point agenda: how to counter the PTI. In a surprising move, they have negotiated seat adjustments with their once sworn enemy, the MMA, an alliance of Islamist parties. Incidentally Maulana Fazlur Rehman, head of one of MMA’s key components, the JUI-F, in a comment before the 2013 general elections, had called the ANP a “dead snake” that had become “politically irrelevant.”

The ANP’s dilemma, like that of most mainstream political parties, is how to make it to the parliament in substantive numbers. Principled positions and ideological standing carry no weight if you cannot make it to parliament. This is not the first time, that the ANP has chosen to join hands with those on the wrong side of the political ideological divide.