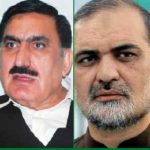 Abdul Hakeem Baloch was elected from NA-238, when it was still NA-257, on a PML-N ticket. In 2017, he quit the PML-N and vacated the seat, only to win it again on a PPP ticket. In 2018, however, NA-238 will witness a contest between Agha Rafiullah of the PPP, Naeem Adil Sheikh of the PTI, Syed Shah Mehmood Shah of the PML-N, Shahi Syed of the ANP, and Rao Muhammad Zubair of the PSP.

MQM-P has not fielded any candidate in the constituency and will support Shahi Syed, the provincial president of the ANP. NA-238 includes areas of Ibrahim Hyderi and the Korangi Creek Cantonment and is home to residents of all ethnicities. Here, the Pakhtun vote makes up one-fourth of the total vote, which would explain why Syed is contesting from there, with the support of old foes such as the MQM-P. Meanwhile, a faction of the ANP’s student wing, the Pakhtun Students’ Federation (PkSF), has put up an independent candidate against him.

PTI Chairman Imran Khan is contesting from Karachi for the first time, from the NA-243 constituency of Karachi East. The PPP has fielded former deputy speaker of the Sindh Assembly, Shehla Raza, against him, while the MQM-P has put up Ali Raza Abidi, its popular young face, for the contest, which will undoubtedly be a close one. Abidi enjoys an active social media presence and the support of the younger lot of the MQM-P. 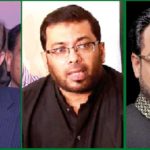 Carved out of NA-252 after delimitation, NA-245 Karachi East IV is expected to be a battleground between eight candidates: Farooq Sattar of MQM-P, Sagheer Ahmed of PSP, Aamir Liaquat Hussain of PTI, Farrukh Nawaz Tanoli of PPP, Saifuddin of MMA, Samina Huma Mir of ANP and Allama Raza Amjadi of TLP.

In the 2008 and 2013 elections, Rasheed Godil of MQM won from this constituency polling over 90,000 votes in the last elections. It would be interesting to observe which way the loyalties of this constituency swing, after the fragmentation of MQM and its vote bank now divided between Farooq Sattar, one of the most recognised of MQM stalwarts at one time, Sagheer Ahmed and televangelist, Aamir Liaquat.

Bilawal Bhutto Zardari has picked the NA-246 constituency of Lyari and its adjacent areas for his first electoral contest, along with other constituencies from Larkana, Malakand and Khyber Pakhtunkhwa. He will face the MQM-P’s Mehfooz Yar Khan, the PTI’s Abdul Shakoor Shad, the PSP’s Ejaz Ahmed Baloch, and the PML-N Senator Saleem Zia.

NA-247 will see a contest between Dr Arif Alvi of the PTI, who had previously won it in 2013 (when it was NA-250), Fauzia Kasuri (PSP), former MQM-P convener Dr Farooq Sattar, the MMA’s Hussain Mehnati and independent candidate Jibran Nasir. The constituency includes areas of the old city, such as Kharadar.

In NA-249, the contest is between PML-N President Shehbaz Sharif, Muhammad Faisal Vawda of the PTI, Qadir Khan Mandokhail of the PPP, Fouzia Hameed of PSP, Aslam Shah of MQM-P, Abid Hussain of TLP and Abdul Sattar of the GDA. Meanwhile, the ANP’s Haji Aurangzeb Buneri, a former nazim of Baldia Town, withdrew his candidacy in favour of Sharif.

The constituency has never been won by any party other than the MQM. However, owing to its new boundaries and a split within the MQM, the prospect of other parties winning has increased. Mohajirs, Punjabis and Pakhtuns have an equal share of votes here.

NA-250 is a constituency that contains the highest concentration of Pakhtuns, who make up 40 per cent of its total population. The ANP’s Sindh President, Shahi Syed is expecting a victory in NA-250, but he has to face the JI’s Karachi chief, Hafiz Naeemur Rehman, the PPP’s Ali Ahmed Jan and the PTI’s Attaullah.

Former city mayor Mustafa Kamal is contesting from the Central Karachi constituency NA-253, where he has to face the MQM-P candidate Usama Qadri and head of Pakistan Sunni Tehrik (PST) Sarwat Ejaz Qadri. The seat has consistently been won by the MQM in previous elections, as it has 75 per cent of the Mohajir vote.