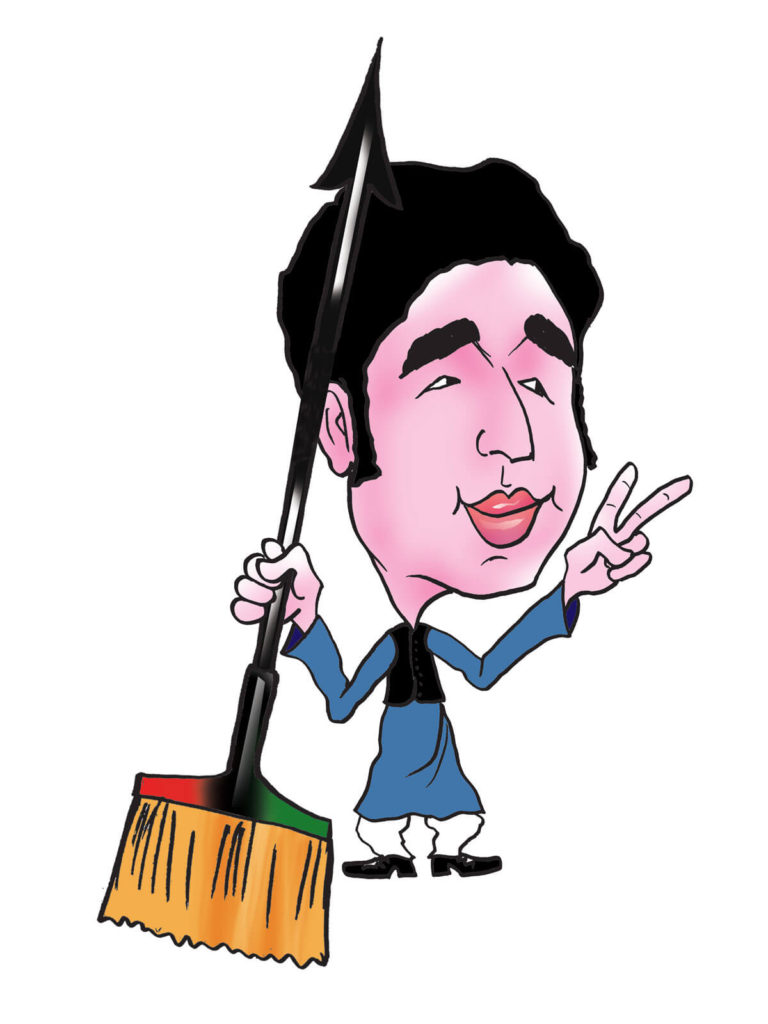 The Pakistan People’s Party (PPP) came into existence with a warning from the man who penned its manifesto. Writing to Zulfikar Ali Bhutto from Paris in October 1966, communist philosopher, J.A. Rahim, cautioned that the manifesto’s 16 doctrines must under no circumstances be compromised. “Without the doctrine, the movement is nothing,” he wrote.

Contradictions were inherent in the PPP from its birth. Bhutto borrowed as much from Machiavelli as he did from Marx. He received his grooming and political recognition as a minister and cabinet member in the military dictatorship that he later turned on. The party’s left-wing ideology gave a voice to the poor for the first time in the history of a 20-year-old Pakistan. Yet halfway into its first term in government after the 1970 election, the party courted members of the landed elite, welcoming them into its fold, while its chairman grew increasingly autocratic.

The PPP’s ideology gave birth to a foreign policy that aspired to create an Afro-Asian bloc against the Great Powers. Yet like Nehru, Gandhi and Jinnah, Bhutto’s political sensibilities were largely shaped by his anglicised upbringing and western education.

Under the leadership of Benazir Bhutto, the party saw an ideological shift to the centre of the political spectrum. It embraced privatisation and softened its stance towards the United States. At the same time, it reached a compromise with the military. However, two PPP-led governments — from 1988 to 1990 and again from 1993 to 1996 — were dismissed by the then presidents on charges of corruption and human rights violations.

During Benazir’s second term in government, the party became a hotbed of dynastic intrigue. Benazir removed her mother, Nusrat Bhutto, as Co-Chairperson of the PPP — a post she had held since her husband’s dismissal as prime minister in 1977.

The falling out was attributed to Nusrat’s campaigning for her son, Murtaza Bhutto, who contested as an independent against PPP candidates in the 1993 general election. In January 1994, during Benazir’s second tenure as prime minister, the police were ordered to open fire on a rally led by Nusrat Bhutto in Larkana, in which three died and 20 were wounded.

In 1994, the party split for the first time, and a faction called PPP-Shaheed Bhutto (PPP-SB) was formed by Murtaza Bhutto. In 2002, veteran PPP politician and former chief minister of KP, Aftab Ahmed Sherpao, formed another faction called the PPP-Sherpao (PPP-S). In the same year, Makhdoom Amin Fahim formed the PPP-Parliamentarians (PPP-P) after the promulgation of the Political Parties Order 2002, which stipulated that a person had to be present in the country to contest elections and that a party led by a convict could not participate in the polls.

After Benazir’s assassination in December 2007, the chairmanship was inherited by Bilawal Bhutto Zardari, and the party swept the 2008 polls on a sympathy vote. Despite Bilawal’s presence as Chairperson, it is Asif Ali Zardari, the Co-Chairman, who remains the de-facto leader and decision-maker of the party to date. In January 2017, Asif Ali Zardari was elected president of the PPP-P.

The last tenure of the PPP-led government in Sindh saw a severe deterioration in the law and order situation, particularly in Karachi where target killings were on the rise. The Sindh Rangers were forced to intervene at the behest of General (R) Raheel Sharif to restore stability to the metropolis. This stint in the provincial government was also marked by failed attempts to remove A.D. Khowaja as IG Sindh.

In the party’s early years, the PPP’s power-base had been in Punjab. Sindh’s waderas were nowhere in sight. Founder members of the PPP recall being pelted with stones while campaigning for support in Sindh’s villages in 1967 and being turned away at the doorsteps of prominent zamindars who refused to see them. Yet ironically, by the 2013 general election, the party’s sole support-base was Sindh. Today, the party is viewed as the preserve of Sindh’s feudal elite.