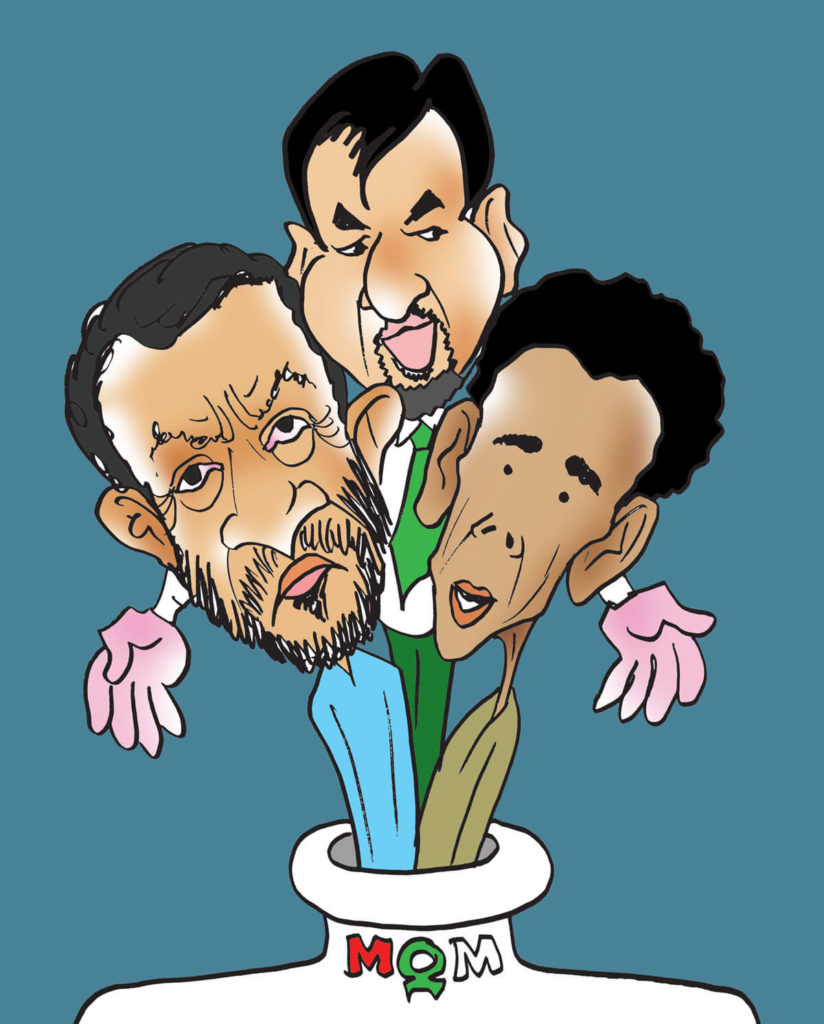 Factionalism and internal rift seem to be an innate part of the Muttahida Qaumi Movement-Pakistan (MQM-P) ever since it parted ways with party supremo Altaf Hussain and the London secretariat run by him. A split between the PIB faction, led by Dr Farooq Sattar, and the Bahadurabad faction, led by Dr Khalid Maqbool Siddiqui, was prevented by a court ruling against Sattar. But the party’s support base has already been dented by the comedy of errors that has unfolded since February, including its poor showing in the Senate elections, press conferences held by both factions against each other and court proceedings.

While the party has always faced major upheavals in the Altaf Hussain era, these would be attributed to the eccentric nature and mood swings of the Quaid. Party lawmakers, members of the coordination committee and office bearers would receive a call, usually past midnight, asking them to congregate at Nine Zero.

No one dared to miss the broadcasts of his several hours-long speeches — mostly outbursts against adversaries followed by threats to step down, which the Quaid would then retract after yielding to the entreaties of the crowd.

Fissures first appeared in the aftermath of the 2013 general elections. Altaf was blamed for the murder of PTI senior vice-president, Zahra Shahid Hussain, after making threatening overtures to those protesting against the outcome of the NA-250 election. The Metropolitan Police in London received thousands of complaints against the Quaid.

Two of the party’s leading members, Mustafa Kamal and Anees Qaimkhani, parted ways with the MQM and left for Dubai in May 2013. They returned three years later, in March 2016, and formed the Pak Sarzameen Party (PSP) headed by Kamal.

But the MQM continued to be the first choice of Mohajir voters and emerged victorious in the December 2015 local government elections, defeating the PTI-JI alliance and the ruling PPP.

However, in a surprising turn of events in August 2016, a protest camp by the MQM demanding the release of detained and missing workers, turned violent after Altaf raised the “Pakistan murdabad” slogan. It resulted in an intervention by law enforcement agencies (LEAs) and the MQM leadership were compelled to part ways with the Quaid. Farooq Sattar took hold of the rebranded party, the MQM-Pakistan.

But the LEAs were unimpressed — and unrelenting. They cracked down on the MQM, shut down their offices, arrested several party workers on charges of ethnic violence, extortion and other crimes.

It became increasingly difficult for the MQM-P leadership to raise its voice or come to the workers’ rescue. Gradually, the workers started joining the PSP, which was able to bail them out as the party was in the “good books” of the LEAs.

The MQM-P restructured the party around elected local government representatives, who were mostly inexperienced workers. The PSP, meanwhile, retained the old structure and appointed old party workers as the unit and sector incharges. This would help them in the upcoming elections. “Don’t underestimate their ability to manipulate the election results at the local level,” said an MQM loyalist.

As for the MQM-P, its poor performance at the local government level may have caused the MQM-P more damage than anything else. This, coupled with the MQM’s internal rifts, the mudslinging between its PIB and Bahadurabad factions and a split in the vote due to the PSP factor could drastically cut their vote bank. Additionally, the JI under the MMA banner, along with the Sunni Barelvi groups like PST and the TLP could cause a further dent in their constituency and possibly spell the end of MQM’s reign in Karachi.

Meanwhile the London secretariat of the MQM has its own plans to influence the elections — by boycotting them. Some loyalists went so far as to assert that this would result in a voter turnout 40 per cent lower than the previous polls.

Does all this spell the beginning of the end for a phenomenon called the MQM that ruled Karachi with an iron fist once upon a time?