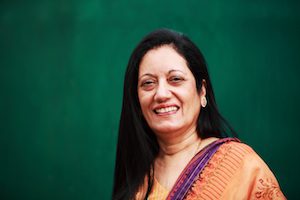 Rehana Hakim, the editor of Newsline, received a much-deserved Momentum Award at the third LADIESFUND Women’s Awards held at Mohatta Palace Museum in Karachi on March 5, 2011. Over the last three years, the awards ceremony, which recognises and celebrates dynamic and talented women, has acquired the reputation of a prestigious event with well-respected personalities constituting the judges panel. While receiving the award, an emotional Ms Hakim paid tribute to her friend and founding editor of Newsline, the late Razia Bhatti. One must hand it to Ms Hakim — she never fails to acknowledge her colleague whenever the magazine receives an award.

The awards programme had stalwarts like Shafqat Sultana, and Professor Anita Ghulam Ali as its chief guests. The latter was also this year’s LADIESFUND Lifetime Achievement Winner. Other recipients were the fastest runner in South Asia, Naseem Hameed, who received the Idol award; Rabia Garib, who received the Trailblazer award; and the Pakistan women’s cricket team, which won the People’s Choice Award for LADIESFUND Woman of the Year for 2010.

Way to go ladies — as long as there are individuals like you around, there’s hope yet for Pakistan.