The Karachi Chamber of Commerce & Industry (KCCI) has been at the forefront of the demand to the federal and provincial governments to provide protection to shopkeepers, traders, business people and industrialists, who remain the target of organised gangs of criminals. Newsline talks to KCCI President, Muhammed Saeed Shafiq about the dangers of doing business in Karachi. 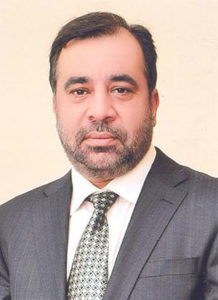 Q: What is the need for establishing a National Crisis Management Cell at KCCI?

A: In recent months there has been a sharp rise in incidents of extortion, kidnapping for ransom and robberies in Karachi. But a vast number of people belonging to the business community remain reluctant to lodge reports with the police because they are either afraid of the criminals or lack faith in the police.

The KCCI took up the issue of the rampant crime with Interior Minister Rehman Malik, who promised the business community the assistance of the Federal Investigation Agency and the Intelligence Bureau. But we have not been able to achieve the desired results because people are afraid to come to the fore to report crimes and also because of the fact that even the federal agencies assigned to assist the KCCI have to bank on the police under the country’s legal system when it comes to the issue of taking action.

Q: How many cases have been reported to the Crisis Cell so far and what is the nature of the complaints?

A: In the past one month, more than 50 cases have been reported to the police through this cell, but the number of complaints is much higher. At least 60-65 other people came and reported cases of extortion, robberies and kidnappings for ransom, but they refused to go to the police despite all our efforts. They were too afraid to risk their lives.

Q: Which areas remain the most affected on account of the rising crime?

A: In Karachi, no area is safe now. But the worst affected parts of the city as far as traders, shopkeepers and businessmen are concerned remain the wholesale and retail markets in the old parts of Karachi and the industrial areas. The menace of extortion meanwhile, is rampant in a majority of the city’s areas — from one end of Karachi to the other.

Q: What are the criminals’ usual demands? How do they target victims?

A: Whether you are small shop-owner or a leading businessman or industrialist, you remain the target. In many cases, there are organised gangs which monitor the movement of their prey and his family members for days. They assess the worth of their victim and then call, making demands according to the target’s estimated financial wealth. They use mobile telephones to communicate and keep changing sims, which are registered under fake identity cards. Even private security guards are no guarantee of your safety. The criminals will tell you to which educational institutions you send your children, when they leave, and when they return. They will give you the registration number of your car. People are forced to negotiate and pay — at least part of their demand. But once you make a payment, they will soon be back with bigger demands.

Then you have simple cases of extortion in which people come to your shop or workplace and demand donations for one cause or the other, or bluntly ask for protection money (bhatta in local lingo). Many leave receipts in advance — those can be for anywhere between a few hundred to thousands of rupees. There have also been cases of short-term kidnappings. Kidnappers abduct a person at gun-point, make a call using his phone and demand ransom money within a few hours.

Q: How has this hurt business?

A: Terrorism, crime, and the ongoing security problems have really hit our businesses hard. If I am an exporter, my foreign clients no longer visit Karachi because of security fears. Our businessmen have to go to Dubai to make deals. Many are shifting business abroad or are closing them. Even local investors are reluctant to put in money and make investments to start any new businesses or expand because of all the uncertainty and insecurity. The situation is taking its toll on the country’s economy as new job opportunities are not being created because of a lack of investment. There are no new or emerging business ventures, and even the existing ones struggle for survival.

Q: What proposals have you made to improve the situation?

A: We have to bring in sweeping changes in the system as superficial steps of transfers and postings won’t work. There is a need for reforms in the police as well as the judiciary and a requirement for setting up speedy courts. We also need the issuance of harsh punishments to criminals, including the death sentence. The present system is flawed. It is not working. We see hardened criminals getting bail and being released from the courts because of poor prosecution, lack of evidence and corruption. The political parties have to work together to help bring about change.

Q: Has the banning of the Peoples’ Amn Committee of Lyari on March 17 made any difference?

A: It has made no difference so far. The step has been taken [by the government] to appease its coalition partner, but action has to been seen on the ground. There has been no crackdown on criminals. Banning the name of an organisation means nothing. The real challenge is to stop their activities and protect citizens.