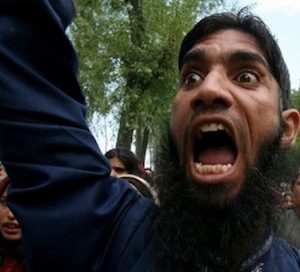 We have the terrible habit of reducing issues to non-issues or, on the contrary, turning non-issues into issues. With the Facebook ban in May, the constant criticism was this: It’s just a ban on Facebook, get over it. But actually, it wasn’t “just a ban.” It was about how we react to blasphemy, it was about the prevalent tendency to lynch others for what they say without hearing them out properly, without verifying, without giving second chances. It was about political appeasement, the use of religion for political purposes, and it was about the unconstitutional overstepping of authority by state institutions and departments. So it was not just about Facebook.

The same can be said about the controversy revolving around the statement by Pakistan’s cricket captain: it is not about Afridi. It is about much more than him and what he said. More than what any cricketer said, on either side of the border, these few days have been a lesson in how we as people react to unsavoury situations.

Shahid Afridi got a lot of flak on social media in particular by people on both sides of the border for one statement. The statement was no doubt uncalled for, and struck a blow to public diplomacy. But my question here is, why was it just his statement that caused the outrage?

There were many justifications about Gautam Gambhir’s. About his statement, there were many assertions. Many maintained he never mentioned Pakistan at all. That it was not as bad a statement. That it was only a dedication to the victims of 26/11, and what was wrong with that? And that people were reading too much into it, when there was no underlying meaning. Few conceded that he too was in the wrong. Most of the above mentioned justifications were accepted and the case was closed. (see statements).

Gambhir? Excused. Indian spectators booing Aleem Dar and not cheering other teams other than India? Excused again. Sections of the Indian media tearing the Pakistan team to shreds? Wasn’t nice but let’s move on. Point of focus: Afridi’s statement. Everything else became a non-issue.

Why be dismissive of everything else which was also wrong? Why the selective outrage? Clearly, it is because of the varying ‘degree’ of wrong which we have decided upon. Who decides? Who judges whose statement or act was worse than the other. What measure is being used? And who sanctions it?

As a student of literature, I see only one approach being applied to this narrative. Formalist criticism. Just the words. No context. No history. No author. Just the words, not on the page but on television. Is that — rather should it — be the only approach to this narrative? To any narrative? Where are the liberal humanists, the historicists, the biographers? Here, even the new critics are not following their method: to review words within the framework of other words.

What a strange trend it is: we allow murderers, thieves, politicians, diplomats, bureaucrats, who play with words and lives, second chances. Those are people who have never come up to expectation and now one expects nothing from. But the people who exceed expectations and then suddenly err by making a grave mistake are thrust into the bad books, never to come out of there again.

And while on the one hand there are complaints of extremists taking over secular spaces, there is another growing trend, and that is to abhor anything and everything injected with the slightest bit of religion. Because we have had such an overdose of the self-righteousness, because we have seen a lot of blood as a result of it, we have come to shun all things religious and those associated with it.

We make snap judgments, about people in hijabs, those with beards, those that utter phrases such as “InshAllah,” especially those who ‘seemed’ progressive and liberal until one statement changes that view and after which they are instantly cast as closet fundos. While agnosticism and atheism makes perfect sense to many, religion as even an individual matter seemingly doesn’t. What’s also on the rise is intolerance among the tolerant.

Agreed, infusion of religion into the public sphere has led to trouble. But it is becoming stifling for those who are religious at heart and have no devious schemes of staging a religious coup to practice their faith with freedom without the overbearing realisation that at any moment they could be written off as fundos.

Should this intolerance be viewed as an act in itself, removing the context that led to it?

All reactions of such an extreme nature beg the following questions: Why instead of being moderate or reasonable are we reactionary? Why has it become incumbent upon us to accept or reject a thing — or a person — in their entirety? Why does one incident or statement cause us to write people off completely? Why is the lens not in colour but instead in black and white.