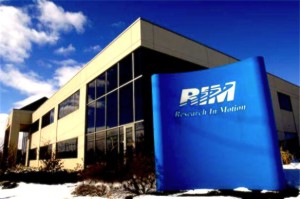 Dropped calls, poor signal strength, network failure: there are many telecommunication terms that can be used to describe the recent performance of one high-tech giant. None of them are good — and for good reason.

It hasn’t been a good year for the makers of the once universally loved Blackberry, Research in Motion. You just have to check the recent trajectory of RIM’s share price to understand their fall from grace: down 77% since its 2011 high in February of US$69. It is now trading at $16.

It’s a considerably more ugly picture than that of the broader markets around the world. Sure, stocks generally are lower since early 2011, hit hard by a global slowdown and Eurozone debt woes. But the S&P500, which is seen as a general indicator of the US stock market and economy, is down just 15% from its 2011 peak. In fact, RIM’s troubles started before the broader market started to factor in all the global uncertainty and dropped off from their highs in April. RIM’s share of the US smartphone market has severely declined over the last two years: it now sits at 18%, down form 42%. It commands even less of the global market: about 12%.

Recently, RIM has been battered not just by the volatile markets but also by the press, financial analysts and its customers. In October, global BlackBerry service outages garnered reams of bad press. RIM, unlike other mobile phone manufacturers, encrypts data before sending it via telecommunication networks. Other mobile phone makers, such as Apple, Samsung and Nokia, rely on carrier networks to handle all content delivery. In October, BlackBerry servers failed causing email to be backlogged and BBM instant messages to be delayed for days in some cases. It will take more than fancy new BlackBerry models to counter these issues.

The perfect storm engulfing the company had some financial journalists calling the “implosion” of RIM the biggest global corporate story of the year.

Here’s a look at the recent major events bruising RIM and impacting the company’s long-term prospects: