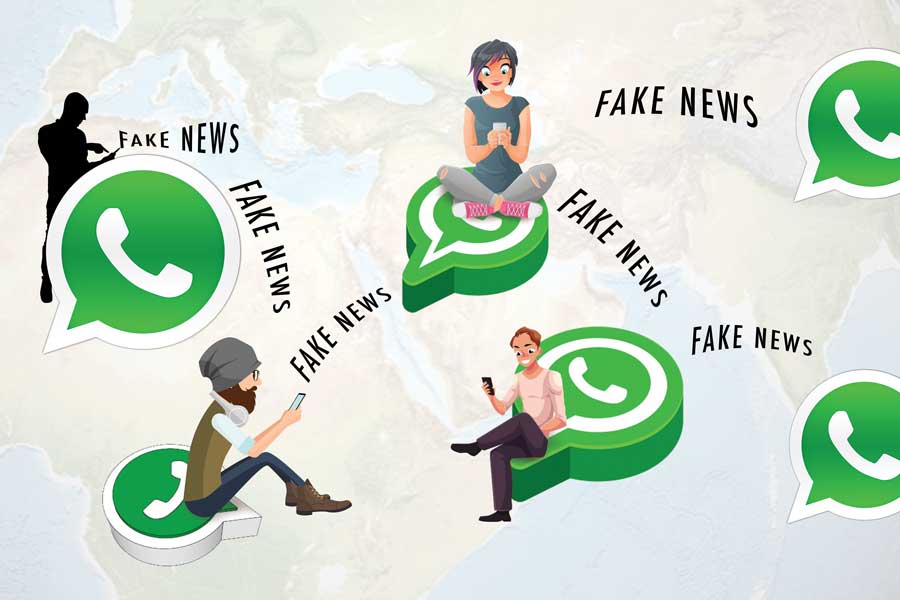 In the immediate aftermath of an explosion in Lahore’s upmarket Defence area last February, messages began to circulate (primarily on Whatsapp but also on plain SMS) that a second explosion had taken place close to a McDonald’s outlet in Gulberg. As the message picked up speed, local news channels also began broadcasting it, and quickly dispatched their DSNG vans to the area. By this time, the message had also reached the Law Enforcement Agencies (LEAs) and they also sent their response teams to the area. With a popular girl’s school right opposite the supposed site of the explosion, concerned parents rushed to pick up their children and move them to safety.

As everyone converged at the scene — the channels looking for footage, the police ready to take on any terrorists, the rescue team at hand to put out a fire and worried parents looking around for their children it suddenly dawned on everyone that the message was a hoax.

Unverified mass messages are a dime a dozen on Whatsapp, which with over a billion users, is the world’s most popular messaging platform. And because these messages cannot be traced back to the originator, Whatsapp has today become a breeding ground of fake news — a tool to play politics with, and sometimes, create hysteria — which is exactly what happened in the example given above.

While nothing untoward happened thankfully in the incident above — the possibility of violence, mob attacks and death cannot be ruled out, given Pakistan’s social, religious and security fabric. Routinely, extremist Sunni groups circulate venomous material against the Shia minority. Others share sermons and hymns extolling terrorists and promising heaven to that follow their path. Messages claiming to be from the Inter-Services Public Relations (ISPR) inform citizens about terrorists that have entered a particular city and advise readers to stay away from certain areas. Political cells move memes ridiculing their opponents. You get the drift.

What is Whatsapp’s trump card is also its Achilles heel. Being a private peer to peer messaging platform, it is nearly impossible to figure out where a message originated. So when a message arrives in your hand, all you really know is the person who sent it to you.  But these limitations are for individuals only. Since Whatsapp is owned by Facebook, which in turn has open channels of communication with most countries, Pakistan included, if the state wanted to figure out the origins of a message on the platform, it would just have to raise a query to the parent company and soon enough the puzzle would be solved. The only problem here is that because things multiply in seconds online, the damage may well have been done by the time the authorities figure out who started the Chinese whisper.

Safe in the knowledge that whatever media they create will not be tracked down, the social media cells of every political party in the country is creating content by the minute. Memes in praise of their leaders, or making mockery of their opponents spread like wildfire. They are picked up by supporters, sympathisers and opponents alike, and what ensues is a battle royale of who can come up with the funniest/wittiest/snarkiest meme.

Pakistan is not alone in this. India, with over 300 million Whatsapp users is a hotbed for misinformation being spread through the platfom. In at least two instances, fake messages led to mobs lynching innocent people. Over in Brazil, their federal police announced a programme to ‘identify and punish the authors of fake news’ ahead of their presidential elections. While no such programme exists in Pakistan, the state has routinely picked up and tortured bloggers and social media activists for ‘inappropriate’ posts on places like Facebook and Twitter. Inappropriate of course, to the establishment and the religious right. While most believe that no such action has yet been taken on messages on Whatsapp, there is a rumour that the bomb scare incident mentioned at the start of this article was traced (by the authorities) to the media cell of one of the opposition parties. This is completely unverified. But not beyond the realm of possibility.

The creation of such material is only one side of the coin. Let’s for a minute accept why that material was created — to further a certain agenda. And soon enough it arrives on someone’s phone. The user now has three options: one, to delete the post and carry on; two, to read, consume and forward to those whoever one thinks will be interested in it; and three, to engage the person who sent the message in the first place.

Option three has probably never happened. We either ignore, delete or forward.

Let’s assume that the person getting the message is apolitical. He or she will merely delete the message and move along. But what if the message is religious? A hadith or a quote from the Quran or a saying of one of the prophets? What happens then? Because of our inbuilt cognitive biases coupled with decades of training to never question religion, we accept the message as true and pass it along.

It seems we may well have some part of the blame here as well.

It is understood that the Pakistan Telecommunication Authority (PTA) is currently looking to install a web management solution (WMS) to block access to what it calls ‘objectionable material’ online. The firewall will directly target blasphemy, pornography, immoral content, contempt of courts, law and order, anti-state material, incitement to an offence, sectarian hate material and any other content termed unlawful by the Prevention of Electronic Crimes Act (PECA) 2016. The firewall will also be able to identify (via IP addresses) the authors of the objectionable material and action may be taken against them in accordance with the law.  Historically though, such laws have only ever been used to stifle freedom of expression in the country — to silence any opinions that run contrary to the establishment’s view — all the other material, unfortunately, is good to go.

Thankfully, Whatsapp operates beneath this radar. And while this is good for freedom of expression, it seems that we will continue to be bombarded with fake news on the platform for the foreseeable future.