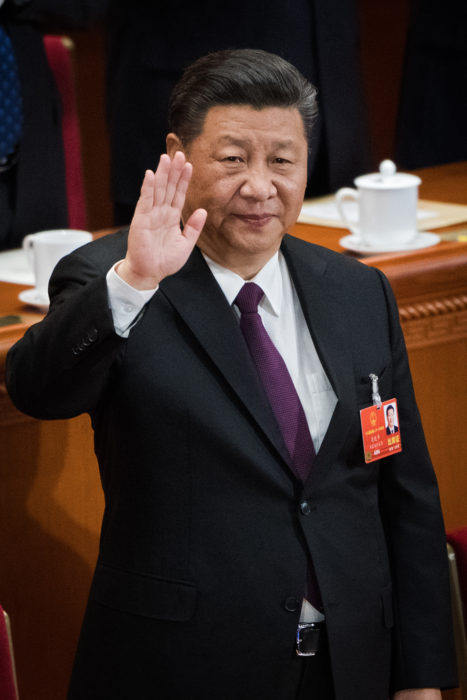 When Xi Jinping, the state chairman (quojia zhuxi, his official title as head of state, not zongtong, Mandarin for president) unveiled the membership of the politburo standing committee – the creme de la creme of the Chinese leadership – last October, it was noticeable that the all-male line-up did not include a potential successor. All of the men were in their 60s, which meant none of them would be considered eligible for a decade-long stint once Xi’s second term concludes five years hence.

It wasn’t hard for most observers to deduce that Xi, better known internationally as the president, had little intention of stepping aside in 2023. The 10-year term limits introduced in 1982 covered the head of state, but neither of Xi’s other two key posts, General Secretary of the Communist Party and head of the People’s Army with the official title of the Chairman of the Central Military Commission. Last month’s machinations have removed that obstacle. The man already hailed as the new helmsman, whose ideas have been incorporated in the constitution of China alongside those of Mao Zedong and Deng Xiaoping, now seems likely to retain his position for as long as he wishes.

It isn’t inconceivable that the man described as “chairman of everything” could effectively remain president for life. That is contingent, of course, on the party’s continued support. But Xi has thus far proved extremely adept in manoeuvring to stay well ahead of perceived rivals. The anti-corruption axe has fallen more than once on potential successors.

China is, of course, already a dictatorship – of the party rather than the proletariat – but alarm bells have been ringing over the prospect of a one-man rule. Despite the stringent restrictions on freedom of expression, even a few Chinese citizens have dared to voice their dissent. But there is little reason to doubt that Xi remains broadly popular despite a tendency towards harsh repression. His anti-corruption campaign has gone down well, the economy is humming along at a steady pace, and the president’s international initiatives feed into the perception that he is just the man to make China great again.

Whether Xi remains almost universally acceptable as an indefinite ruler will inevitably depend, to a considerable extent, on how his efforts proceed. One of his declared priorities this year is to reduce poverty. It is official policy to rescue 30 million people from penury by 2020. The government considers a person poor if he or she earns less than $1 a day. Getting that up to $1.20 or so would count as success, even if it makes precious little difference in material terms to the suddenly “unpoor” person. (That is why the frequent claims about tens of millions being lifted out of poverty thanks to the magic potion known as ‘globalised capitalism’ deserve to be taken with a pinch of salt.)

Of course, there can be no doubt that the economic changes launched in the post-Mao period have created considerable wealth, and while its distribution has been reasonably broad, substantial swathes of the billion-plus population have remained untouched. In other words, “socialism with Chinese characteristics” – which in many respects closely resembles capitalism, albeit with a large role for the state – has entailed vast disparities, creating millionaires and even billionaires, as well as a burgeoning middle class, but also leaving large numbers of people struggling to survive. The degree of redistribution that would resolve this contradiction does not appear to be on the cards.

Last year, when the authorities began clearing out migrant workers – migrants from the hinterland, that is, not foreign countries – from some of the economically deprived suburbs of Beijing, there was a small but sharp popular response to the injustice, which included slogans ridiculing Xi’s “China Dream.” Quite obviously, pushing the poor out of sight is hardly an acceptable means of combating poverty; the official excuse for this travesty was that the migrant workers’ dwellings needed to be demolished because they were fire hazards, although it was widely suspected that they stood in the way of gentrification. 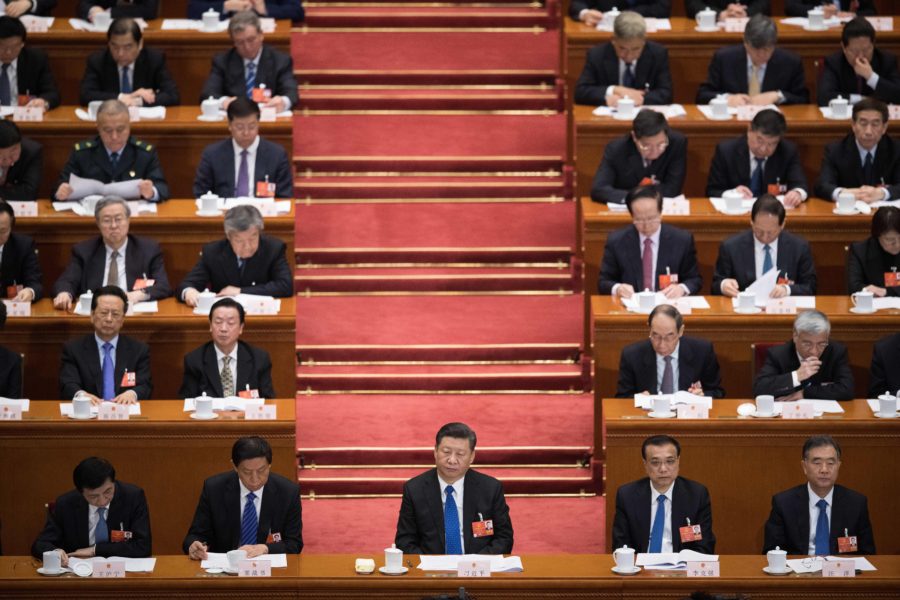 In international terms, one of Xi’s loudly hailed achievements is the trillion-dollar Belt and Road Initiative (BRI), also known as the new Silk Road, ostensibly aimed at establishing economic corridors across large parts of Asia and Europe, and thereby bringing investment and growth. Pakistan is a key component of the initiative, whereas India has dismissed it as a new form of imperialism. The latter concern is not entirely baseless. China already wields enormous economic clout. The BRI would push it into the stratosphere. Would that power always, or even usually, be deployed benevolently? How might any conflicts that arose be settled?

China’s considerable economic role in Africa does not often receive good reviews. It often seems hard to distinguish it from colonial and neocolonial exploitation. The recent revelation that Erik Prince, the infamous founder of Blackwater, has been engaged by the Chinese authorities to provide security for some of Beijing’s African ventures is  a disturbing omen.

China under Xi also seems determined to extend its military footprint. It opened its first African base in Djibouti last August, and a Pentagon report last year cited Pakistan among the potential host nations. Of course, the United States has far more military bases abroad than any potential competitor – and China’s strategy has been interpreted as a none-too-subtle form of pushback. That could be seen as a positive in the balance-of-power context, as long as Beijing does not follow in Washington’s footsteps in terms of misguided military interventions.

Xi has managed to establish some sort of rapport with Donald Trump, despite the latter railing throughout the presidential campaign about how the US was being economically “raped” by China. All the Trump administration has done so far to redress what it sees as an unfair trade imbalance is to put tariffs on steel and aluminium imports – which will affect China marginally at best. A trade war is unlikely, not least because America can ill afford it; the bigger danger is some kind of a military incident or accident in the South China Sea, where Chinese outposts on artificial islands provide the Pentagon with cause for concern, which could rapidly escalate.

On the other hand, Washington seems, at least for the time being, pleased with whatever pressure Beijing might have brought to bear on North Korea’s Kim Jong Un, who has completely changed his tune in recent months, and appears willing even to contemplate the possibility of abandoning the nuclear option altogether. There is obviously no certainty that a proposed summit between Kim and Trump will indeed take place before the end of next month, nor any reliable indication of where such a meeting might lead. Matters could once more go awry in the interim, but it would be safe to assume that China has no intention of standing by should the US choose at any point to intervene militarily in the Korean peninsula.

Once upon a time it was widely assumed among China-watchers in the West, even after the Tiananmen Square massacre 29 years ago, that the marketisation of the economy would be accompanied, or at least followed, by gradual political liberalisation. Not only has that not occurred, but China in fact appears to be going in the opposite direction under Xi. Perhaps the party sees this as the only means of guaranteeing that its power remains unchallenged. One-party absolutism cannot indefinitely endure, but the Chinese leadership appears to have no intention of loosening controls in the foreseeable future.

Many of China’s ambitions in the geopolitical and economic spheres may well be fulfilled as the 21st century unfolds. But overreach could propel a range of catastrophic consequences. Aspiring to global leadership is all very well, but it’s far from clear whether China can avoid the mistakes the US and Russia have made in pursuit of a similar goal. At an individual level, meanwhile, it will be interesting to see  whether Xi Jinping can stick around longer at the helm than Vladimir Putin – who also appears to harbour the illusion that his country simply can’t do without him.