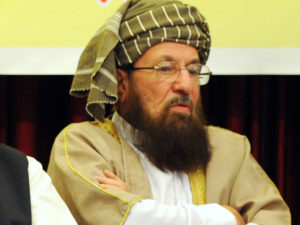 The recently held Senate elections in Khyber Pakhtunkhwa (KP) trod a familiar path. The major political parties followed the set pattern in awarding  party tickets and employed the usual time-worn tactics of ensuring victory for their candidates. The parties had a mix of party loyalists and newly-come billionaires in their list of candidates and the latter obviously owed their tickets to a financial investment in the party. 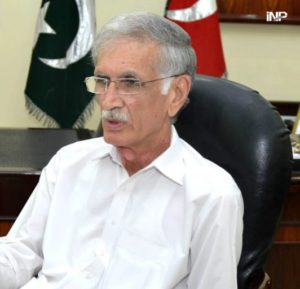 The provincial chapter of the Election Commission of Pakistan (ECP) kept an eye on the polling process, to ensure that mobile phones and other electronic gadgets were not taken into the polling booths. When some lawmakers pointed out that voters could smuggle in electronic gadgets in their coat pockets, voters were asked to take off their coats, waistcoats and shawls before receiving ballot papers from the polling officer.

The ruling Pakistan Tehreek-e-Insaf (PTI) seemed confident enough in the run-up to the elections. Chief Minister Pervez Khattak claimed that his party could easily win four general seats, along with a technocrats’ seat and the reserved seat for women. He also promised to provide full support to the independent candidate, Maulana Sami-ul-Haq, head of his own faction of the JUI.

A PTI ticket on the general seat was awarded to party loyalist Faisal Javed — a close aide of Imran Khan who is often seen on stage in PTI rallies — and to Ayub Afridi, Fida Muhammad, and Khayal Zaman Orakzai, all wealthy businessmen. A party loyalist and former speaker KP Assembly, Mehar Taj Roghani, was awarded the party ticket on seats reserved for women, while Azam Swati and Latif Yousufzai got tickets on seats reserved  for technocrats.

The announcement of election results was followed by the usual brouhaha, with the losing sides alleging buying and selling of votes, calls for internal probes and investigation by the intelligence agencies. Some blamed the whole procedure of indirect elections and secret balloting for being prone to these flaws.

For political analysts, the results brought few surprises, although some lawmakers managed to outsmart their party leadership and negotiated votes with their opponents. The PTI leadership admitted that 17 of their lawmakers sold their votes, and party chairman, Imran Khan, claimed that 40 million rupees were paid for a single vote.

“PTI insiders suggest that 17  members of the party sold their votes in exchange of 30 to 40 million rupees for a vote on the general seat, and 5 to 10 million on reserved seats for women and technocrats,” says Peshawar-based journalist Lehaz Ali. He adds that internal rifts within the party and differences with CM Pervez Khattak, that had previously resulted in the formation of a forward bloc, might also have contributed to the lawmakers defying party directives. Ali covers proceedings of the KP Assembly and says events of the Senate elections merely revealed the real face of the  political elites.

The JUI-F, a party that has 15 MPAs in the KP Assembly, awarded tickets to its provincial head, Maulana Gul Naseeb Khan, and Talha Mahmood for general seats. Ironically, Maulana Gul Naseeb, a well known religious cleric, lost miserably as he got only four votes, while Talha Mahmood, an influential businessman from Abbottabad, was the first choice of party lawmakers, for obvious reasons. Mahmood bagged 18 votes, three more than the total number of JUI-F lawmakers in the assembly. The losing candidate and party provincial head, Maulana Naseeb, promised an internal inquiry, but it is unlikely that he will take any action, as Talha Mahmood is a favourite of party head, Maulana Fazl ur Rehman. The JUI-F has a history of its lawmakers being lured by tempting offers, as happened in the days of the Muttahida Majlis-e-Amal (MMA), when the alliance of religious parties ruled the province. 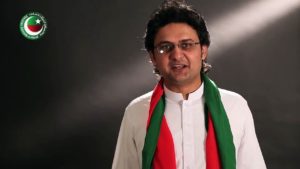 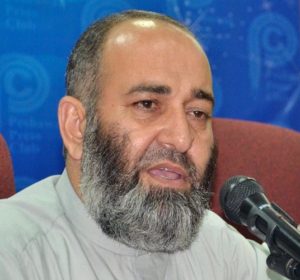 The Qaumi Watan Party (QWP), led by Aftab Ahmed Khan Sherpao, former chief minister and federal interior minister in the Musharraf era, was formed with the slogan of neo-nationalism, and attracted former members of the PPP and a few disgruntled Pashtun nationalists. In 2013, it became a coalition partner with the PTI, but had a troubled relationship, facing corruption charges from its allies, resulting in a verbal spat and quitting of the alliance. They joined hands with the PTI again for the Senate elections, and were promised support for their candidate, Anisa Zeb Tahir Kheli, on a seat reserved for women. But the party eventually failed to get its candidate elected, despite having 10 members of its own. Two members defected but it seemed that some of the remaining eight also chose not to vote for their own candidate.

PTI coalition partner, Jamaat-e -Islami, managed to get its provincial head, Mushtaq Ahmed Khan, elected with the help of the Awami National Party (ANP), their adversaries in the politics of the province. The ANP faced criticism from some quarters for its choices, as it failed to get support for its own candidate, Shagufta Malik, on a seat reserved for women.

The PPP brought in Faisal Sakhi Butt, a businessman from Islamabad as its candidate of first choice for a general seat and Bahramand Tangi as second choice, with Dr Nisar on the technocrat seat, and Rubina Khalid as a candidate on the women’s seat. With seven members in the assembly, including Ziaullah Afridi, who joined the party after he was expelled from the PTI, it was an ambitious line-up. The PPP won one general seat and a women’s seat, but ironically, the winner on the general seat was not the prosperous Faisal Sakhi Butt, but Bahramand Tangi, the poorest of all candidates, who seemed to have no prospect of winning the elections.

Faisal Sakhi Butt’s defeat was the result of three votes in his favour being rejected by the EC due to irregular markings. This benefited his colleague, Bahramand Tangi, and also the JI candidate, Mushtaq Ahmad Khan, both of whom were elected as Senators. One vote for Rubina Khalid was similarly rejected. It is speculated that several MPAs of opposing parties cast their votes for the PPP candidates, resulting in their surprising win. 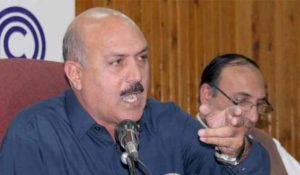 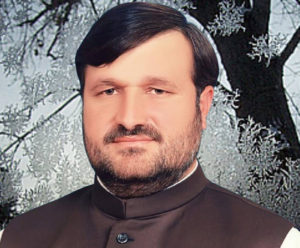 On the possibility of disciplinary action against lawmakers who defied party directives, Lehaz Ali expresses scepticism: “The annual budget has to be passed in the near future, and the PTI is not in a position to take action against its members.”

Professor Hussain Shaheed Soherwordi of Peshawar University, though, has warned PTI chairman Imran Khan that failing to take action will be disastrous for his party in the upcoming elections, as his claims of transparency and change in the political culture would be hard to defend in public.