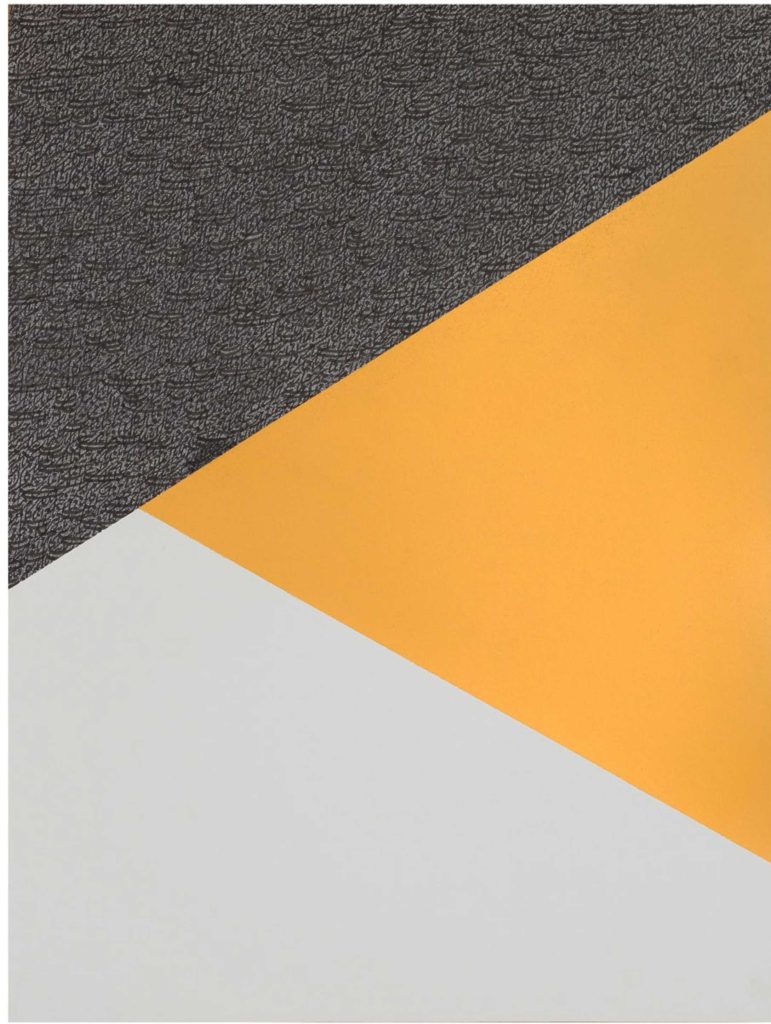 Dubai’s traditional role as a trading hub for the region has amplified since its reinvention as a modern state-of-the-art city. Art Dubai, the annual art fair, is a well-cut gemstone in Dubai’s portfolio of class acts.

In the dozen years since its inception, Art Dubai has matured into a well-balanced commercial hub for art dealers, art consultants, collectors and gallerists to interact within the beautiful spaces of Madinat Jumeirah, while engaging with contemporary visual art. The Mina a’Salam hotel connects with Madinat Jumeirah and, in tandem, it showcases work by modern masters from the Middle East and South Asia and beyond.

“Heady and exhilarating” is how Sameera Raja of Canvas Gallery describes the experience of participating in Art Dubai this year. She and Abid Merchant of Sanat Initiative were the two Pakistani gallerists to have booths in the Contemporary section which had 78 galleries from 42 countries this year.

In a globalised market, art sales have expanded beyond gallery transactions to art fairs which allow enormous exposure to diversity in a single space and within a short period of time. The presence of Pakistani galleries at Art Dubai signifies the internationalisation of Pakistani contemporary art on its own terms.

Canvas and Sanat Galleries chose to present solo shows at the fair. 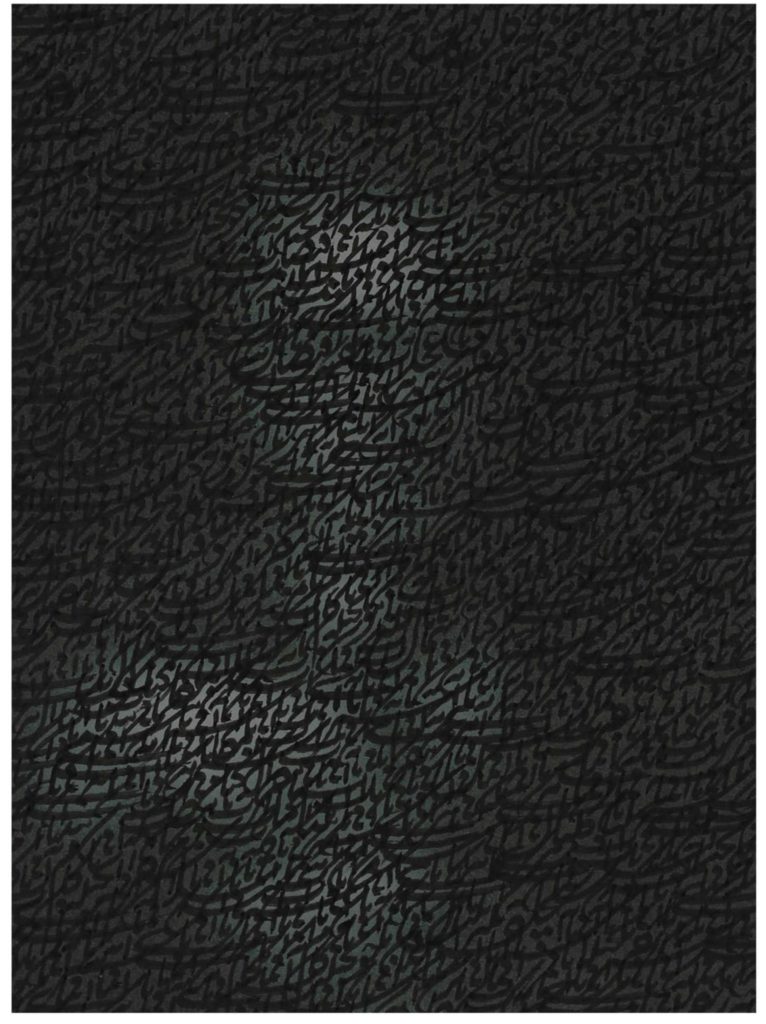 We will meet again

Sameera Raja showcased Muzummil Raheel’s work in a series titled ‘In Between the Lines.’ It bore his signature use of geometrical division and intricate calligraphy which create distinct zones within each frame. Some works used found photographs juxtaposed with calligraphic sections, often in a discordant manner. The rhythms of calligraphy contrasted with the partitions of color and imagery in the manner of a symbolic “dialogue” between diverse elements. One may conclude that Muzummil’s concern is more on the construction of space than on narrative, where disruptions created by strong boundaries make a statement about time and space.

Abid Merchant showcased Muhammad Zeeshan’s work in a series titled ‘Original Copy of Original Copy of Copy Originals.’ There were five individual works within the series, each created in multiples of three — the original and the first and second copies. The artist did not reveal which was which as he was provoking a question on the commodification of an art object with reference to the pricing of originals. Visually, the works bore a strong contrasting relationship between the foregrounded figures and the background quite typical of Zeeshan’s style. The colours varied from strong grey monotones in ‘Dying Miniature’ to boldly colourful and patterned as in ‘…As a Girl.’

Sanat Initiative showed at Art Dubai for the first time. Abid Merchant spoke of the importance of participation in art fairs in terms of projecting Pakistani work to an international audience and networking with curators from the region and beyond.

Pakistani artists who have broken through the domestic market have had representation at Art Dubai previously through galleries from abroad. This year, Leila Heller Gallery from New York displayed several pixelated works by Rashid Rana.

The Terrace Talks at Art Dubai included a discussion titled ‘Contemporary Art in Pakistan,’ which was hosted by  the online monthly magazine ArtNow Pakistan’s editor, Quddus Mirza. The participants included Fareda Khan from Manchester Museum and artists Muhammad Zeeshan and Waqas Khan. The discussion focused on the benefits of internationalising the Pakistani artist’s profile while negotiating the delicate issue of identity. The platform of contemporary art has allowed Pakistani artists a wide berth to incorporate elements of regional traditions within new and quite subjective narratives. What emerged from the discussion was the creation of hybrid identities from the interface between Pakistani artists and the international art market. 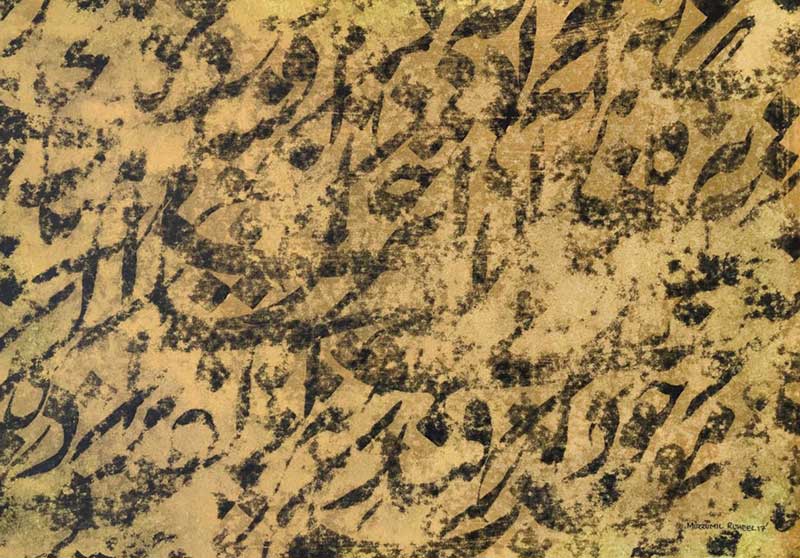 ArtNow Pakistanselects a recipient for a special award, which is announced at the Terrace Talks platform. The award this year was bestowed to the art critic of long-standing, Marjorie Hussain.

A previous recipient was senior Pakistani artist, Rasheed Araeen. He was represented by Grosvenor Gallery (London) in the Contemporary Arts section, that displayed work from his recent series called ‘Opus.’ The series showed the segmented vectors filled with flat colors that characterise Araeen’s work. There was also a grid sculpture called ‘Mayz’ (Table).

Grosvenor Gallery has a strong interest in South Asian art. In the Modern section in Mina a’Salam, they showcased selected works by Pakistani modernists: Ahmed Parvez, Chughtai, Naqsh, Gulgee, Sadequain and Zahoor-ul-Akhlaque. The oil work by Zahoor-ul-Akhlaque featured a bull such as shown on Mohenjodaro seals. It was painted in white with a bold black outline against a red background. This noteworthy piece was sold within a day.

Continuing at Mina a’Salam, a talk was hosted with Rasheed Araeen and Nick Aikens. A retrospective spanning 60 years of Araeen’s work, curated by Aikens, is currently on view at the Van Abbemuseum in Eindhoven, so the artist and the curator had a well-established rapport between themselves. The talk was hugely informative regarding Araeen’s trajectory of ideas. Araeen spoke lucidly and with amazing recall of significant turning points in the evolution of his style from figurative to abstract, to minimalist and geometric.

The waters of the Arabian Sea, which connect Pakistan to the Arabian Gulf, also feed the artfully cut canals that border the venues of Art Dubai. The natural link forms an excellent metaphor for the broadening tide of Pakistani art beyond its own borders.