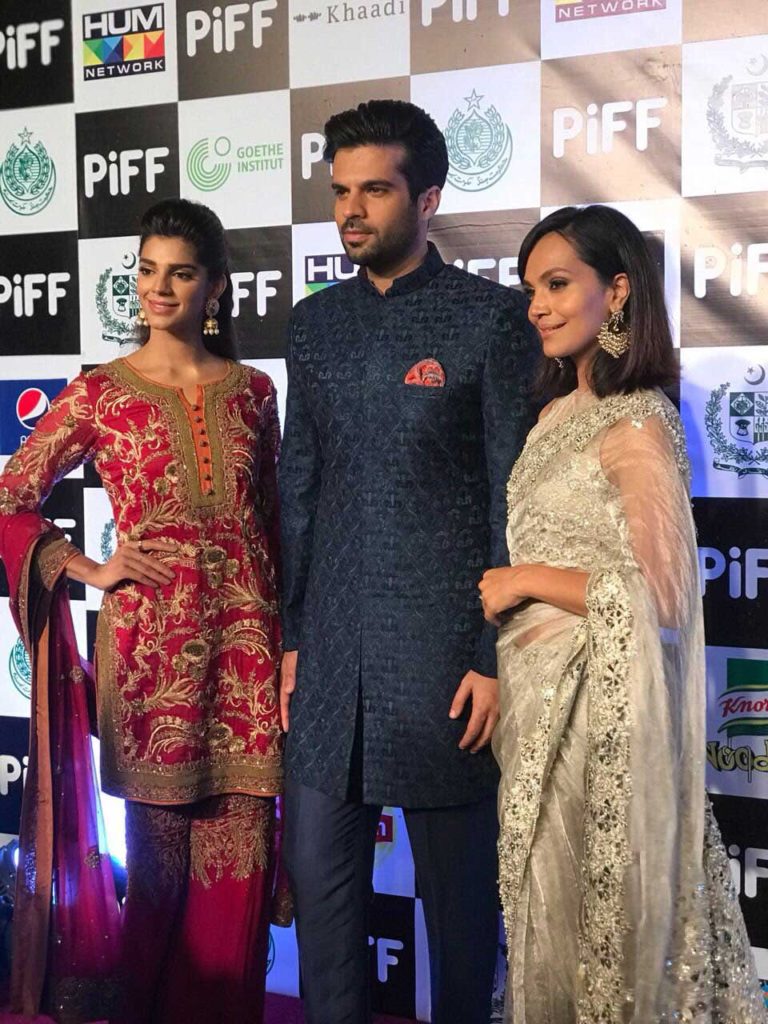 With its curious title, titillating trailer and a compelling cast, the intense family drama Cake, is expected to reel in audiences in significant numbers. This is because the film stands apart from other films of this genre in its treatment, in more ways than one. One of the most anticipated movies of the year, it had already created a buzz as the first offering from Pakistani cinema to have a worldwide premiere at the Leicester Square’s VUE Cinema, in London, followed by more red carpet cast appearances in other cities of Britain.

A double metaphor, the movie’s title, Cake, refers to the nuances of the multi-layered relationships that exist within a family.  It is also a more literal reference to Zareen (Aamina Sheikh) — one of the lead protagonists — and her unrealised dreams of attending an international culinary institute to hone her patisserie skills.

The plot opens to Zareen informing her two siblings abroad of their father’s hospitalisation due to a critical heart condition. Until the arrival of her younger sister, Zara (Sanam Saeed) and her older brother (Faris Khalid), Zareen is carrying the entire responsibility of caring for her two ageing and ailing parents, and seeing to the family lands in the interior. Thirty-something, single — more due to circumstance than choice — Zareen is ostensibly the rock of the family. But when Zara arrives, home truths — that were until then, probably better left under wraps, as family secrets often are — begin to make themselves heard and the family edifice starts to unravel.

Cake moves at a leisurely pace, taking the time to cultivate the simmering tensions between the siblings — hinting towards a skeleton lurking somewhere in the cupboard. What the audience will find most relatable are the spats and catfights, and subsequent reconciliations between the three siblings. The polar opposite personalities of the two sisters and their love-hate relationship is central to the plot.

Aamina Shaikh and Sanam Saeed, portraying two modern, quintessentially urban women, warts and all, render unarguably stellar performances. Adnan Malik in the role of Romeo, a Christian family employee’s son, caring for the ailing father as a male nurse, is quite key to the storyline, but he gracefully takes a backseat to the leading ladies even while acquitting himself in this role proficiently. Faris Khalid, as the onscreen brother, is entirely natural and believable. And the quirky parents, who share a deep love for each other, just steal hearts. Syed Mohammad Ahmed as the Sindhi land-owning patriarch of the urbanised Jamali family, and Beo Raana Zafar as a spitfire matriarch who loves vintage Bollywood music, wigs of different colours, spouting outrageous opinions, and selfies, are pure magic. Embarrassing their adult children from time to time with their blunt remarks, antics and humour, the two induce gut laughter from the audience, just as the ravages wrought by time on them and the fallout on the family, evoke tears. There weren’t many dry eyes in the audience at the theatre in certain scenes.

Debutant director Asim Abbasi could not have picked a better cast for his first film, which he has also scripted. The cast’s exemplar acting, perhaps fuelled by an excellent storyline and script to match, and their visible camaraderie, in addition to really good direction, cinematography, a haunting musical score and slick editing, makes for a seriously watchable film. It may have dragged a little towards the end, and the Sindhi dialogues could have been subtitled, but I am not complaining. Nor clearly was the jury at the UK film festival last month, where Asim Abbasi bagged the best director award. Entirely deservedly.