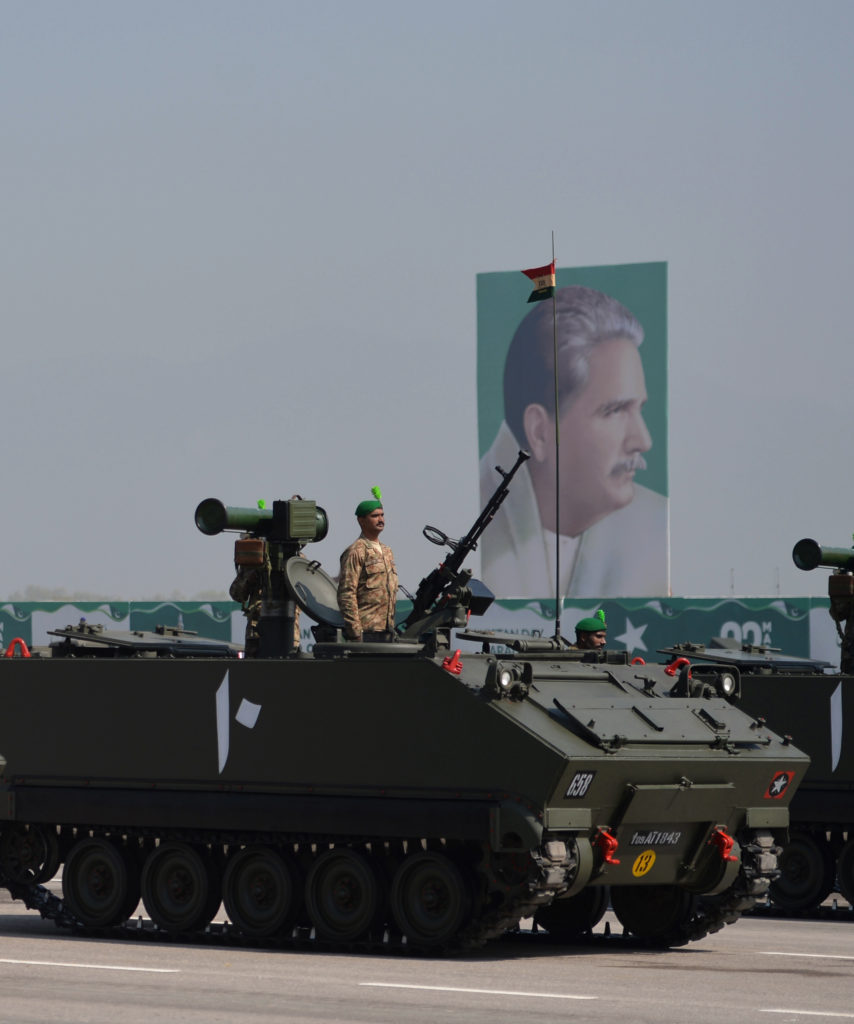 The disqualification of Nawaz Sharif, both as prime minister and party head, exposed the long-standing rift among Pakistan’s institutions.

With Sharif’s disqualification, blame games by politicians against the judiciary and establishment started, which culminated in conspiracy theories such as the existence of a dastardly establishment-judiciary nexus which was responsible for his ouster.

Observers contend that such concerns by politicians have roots in history — Pakistan has witnessed long spells of military dictatorships three times in 71 years.  But aside from that, few people doubt that the country’s foreign and security policies are being controlled by the establishment, which is increasingly also challenging the government’s authority in several other areas.

Amid these concerns, the ‘Bajwa Doctrine’ suddenly appeared, which  according to  analyst Zahid Hussain, reflects the thinking and aspirations of Pakistan’s military institutions. The doctrine envisages issues from foreign policy to governance and constitutional amendments, and began to attract media attention and generate debate as soon as it emerged, with criticism and praise being heaped on it in equal measure.

Blame games apart, analysts say that politicians and democratic institutions — including political parties — are as responsible for the country’s weak democratic system as other institutions. HRCP’s Secretary General, I.A. Rehman, concurs with this assessment. According to him, political parties are doing little to serve democracy and promote democratic values. “They have done little for good governance as well,” he stated.

Today’s situation and concerns about democracy are quite different from those that existed in 2008, when people were enthusiastic about the restoration of democracy in the country, or before the general elections in 2013, when one civilian government, having served its full term, was going to hand over power to another elected government for the first time in Pakistan’s history.

“Political parties have done nothing to contribute positively to the growth of a democratic culture in Pakistan. Politicians and parties continue with the system of patronage, with leadership positions being considered a virtual hereditary right, and no system of transparent periodic intra-party elections is in place yet,” said well-known analyst, Lieutenant General (R) Talat Masood. “No one is contributing to [the creation of a] democratic society — the country is just free-wheeling.” 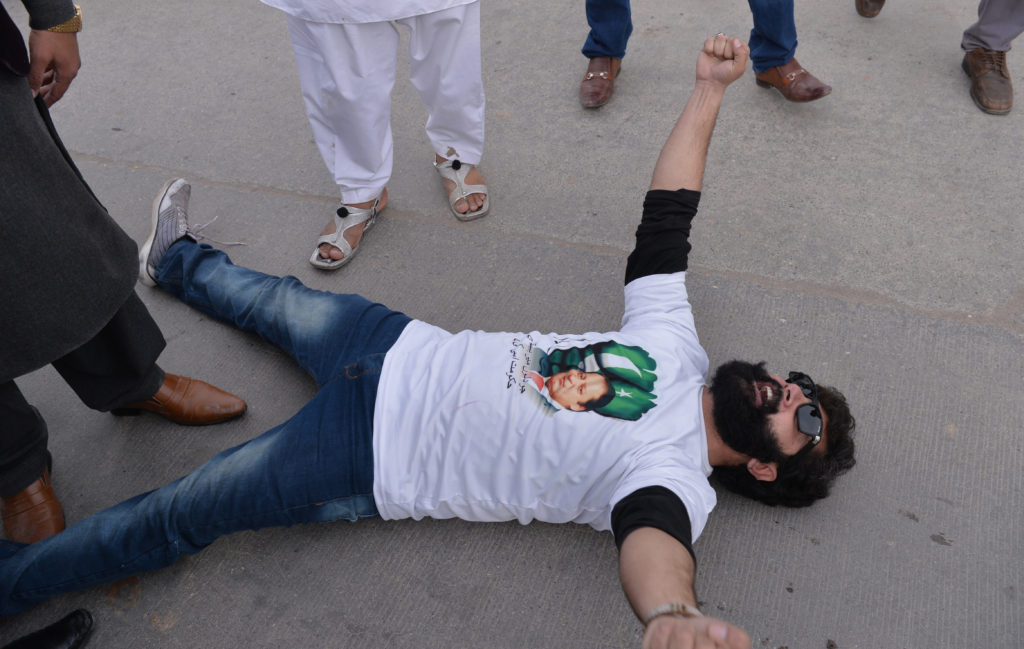 The disappointment with the political system is not limited to analysts alone; there is a pervasive despondency with the system in the public as well.

Analysts contend that after 2008, the two democratically elected governments that followed did little to improve governance, or the rule of law, control inflation or perform well  on the economic  front, let alone foreign policy – in short, address any of the common man’s concerns.

“Earlier, I was a PPP supporter, but its poor performance took me to the Pakistan Tehreek-i-Insaaf (PTI). I voted for the PTI in 2013, but its long protests against the democratic set-up and the steps it has taken to weaken democratic culture have disappointed me,” said Farkhand, 30, a resident of Islamabad.

He feels that the PTI’s long marches and three-month-long protest in 2014 to topple the PML-N led government, were a blow to democratic culture and to the principle of not removing elected governments through unconstitutional means.

People in Khyber Pakhtunkhawa (KP) have tested all the parties, including ethnic and religious ones. “No one is doing anything for the good of the people. They all have vested interests, which is all they concern themselves with. Even the parties’ leadership is elected without the consent of its followers,” said Sher Alam of Peshawar, who voted for  the Awami National Party (ANP) in the last general elections.

When asked for his response to peoples’ misgivings about politicians, ANP leader, Afrasiab Khattak, acknowledged that the two elected federal governments had failed to make the constitution and system more democratic.

However, say political scientists, it is not just institutions or politicians that are responsible for the mess. They maintain that feudalism and intolerance in society will invariably reflect in its political system, and that in turn will affect the quality of democracy.

Dr. Ilhan Niaz, a faculty member at the Quaid-e-Azam Unversity’s School of Politics and International Relations, told Newsline  that democratic values such as the rule of law, constitutional supremacy, civilian supremacy, rational equality and tolerance, do not exist in Pakistan and that no political party in the country is truly liberal. “The reason is that political parties have to live among the people and are products of local culture.”

PML-N leader Siddiqul Farooq agreed with this premise, saying that the culture of any local constituency has to be kept in mind and their expectations within that framework have to be fulfilled.

Analysts add that the majority of the country’s less-educated population does not know the real meaning of democratic values — they judge representatives through a narrow prism and do not necessarily examine performance, or their contribution to society.

Dr. Niaz added that it will take time for a true democracy to develop in the country, and that it can only take hold after citizens have been educated and develop an awareness regarding their rights and responsibilities.

A number of politicians contacted by Newslinewere of the view that the continuation of a smooth democratic journey, without any disruption, would make things better. They said today’s Pakistan is better than that of the 1970s, when public meetings of opposition parties were attacked and violence in politics was the order of the day.

Commenting on the role of institutions, political parties and society in a democracy, Ahmed Bilal Mehboob, President of Legislative Development and Transparency (PILDAT), told Newslinethat democracy is undeniably in trouble today, due to a variety of reasons, which involve the establishment, politicians and feudal and tribal traditions.

“But the only way forward is a sustainable democracy; democratic values can only take root when democracy is allowed to flourish,” said Mehboob.

Ultimately, it is the will of the people: despite their disappointment with democracy and politicians, few, if any, support dictatorships.

As Lahore resident Asim Jalal, 45, succinctly summed up in 2008, “General Musharraf was ousted after a long rule and people were clamouring for civilian supremacy. So now we have to work to overcome challenges [facing the democratic system], rather than going for other options. It is the only way forward,” he said.