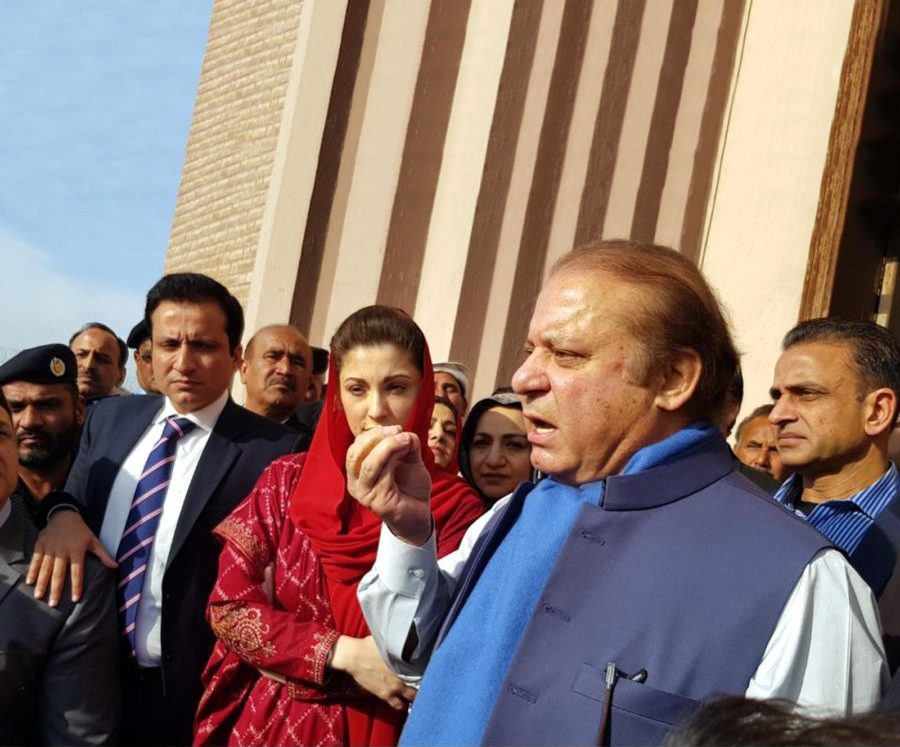 On Tuesday, March 27, the accountability court summoned former premier, Nawaz Sharif, along with his family for the resumption of the Avenfield reference hearing, with the proceedings conducted by Accountability Judge, Muhammad Basheer.

Along with the former Pakistan Muslim League-Nawaz (PML-N) president, who was disqualified as his party head following a Supreme Court verdict declaring him ineligible for the position, his daughter, Maryam Nawaz, and son-in-law, Capt (R) Safdar, have also been indicted, with sons Hussain and Hassan Nawaz being declared absconders after refusing to turn up for the proceedings since they began last year.

The corruption references were filed against the Sharif family in September last year, with regards to ownership of  Al-Azizia Steel Mills, Hill Metal Establishment, Flagship Investment Ltd, and the Avenfield properties. The outcome of the case is important for more reasons than the obvious. PML leaders disclose that the PML-N’s strategy for the upcoming general elections hinges on the verdict.

“In case the decision is against us, we will continue doing what we have done in recent months and tell the masses about the conspiracy that has been spearheaded by the establishment in conjunction with the judiciary,” said a senior PML-N leader. “However, if the decision goes in our favour, we will gain even higher moral high ground, allowing us to not only go all out for political gain, but also to challenge the verdicts against us over the past year or so.”

While the PML-N has been hit by the disqualification of Nawaz Sharif, first as the prime minister in July last year, and then as the party chief in February, the party has been dominating by-elections in the Punjab. Over the past six months, the PML-N has won high-profile by-elections in Lahore’s NA-120, Chakwal’s PP-20 and Lodhran’s NA-154 — the latter a Pakistan Tehreek-e-Insaf (PTI) seat, where Jehangir Tareen’s son contested, after his father’s disqualification by the Supreme Court. 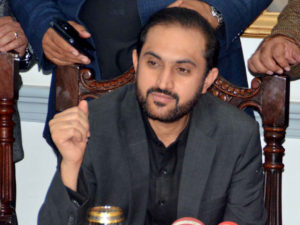 However, while there were gains for the party in the Punjab by-elections, there were losses elsewhere in store for the PML-N. In January, Sanaullah Zehri was replaced with the Pakistan Muslim League — Quaid (PML-Q)’s  Abdul Quddus Bizenjo as the chief minister of Balochistan, with PML-N leaders accusing Pakistan People’s Party (PPP) co-chairperson, Asif Ali Zardari, of ‘‘horse-trading.’’

Similar allegations were levelled when, despite winning 15 Senate seats and taking the party’s tally to 33 — a two decade high — the PML-N couldn’t get its chairperson elected. Sadiq Sanjrani, an independent opposition candidate, was elected as the first Senate chairperson from Balochistan, after both the PPP and PTI  decided to back him against PML-N’s Zafar-ul-Haq.

With the PPP and PTI joining hands with the Pakistan Awami Tehrik (PAT) in January for the Mall Road rally – which failed to attract the desired numbers – this was the second time that the country’s two largest opposition parties had allied against the PML-N in a little over two months.

And while they have been reluctant to call it an alliance, both the PPP and the PTI are waiting to move in on the political space that the PML-N could cede in the Punjab following its loss in the Senate elections and with the ongoing hearing in the Avenfield case in the accountability court. 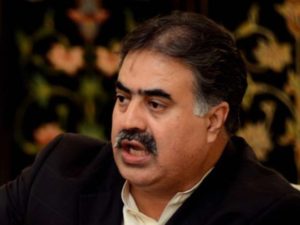 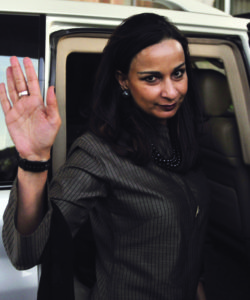 “We are the biggest party in Punjab. We will field the maximum number of candidates in the province. The PML-N will further disintegrate and that will benefit us greatly,” says PTI spokesperson Fawad Chaudhry.

After a string of losses in assorted by-elections over the last five years, the PPP central Punjab general secretary, Chaudhry Manzoor, is also confident of a turnaround in fortunes for his party in the province. “The Senate election has had a very positive impact on the PPP. It has made things possible that had earlier been perceived as impossible. Misconceptions had crept in that there was no challenge to the PML-N, or specifically to Shahbaz Sharif in Punjab,” he says.

“Furthermore, the election of the opposition leader [Sherry Rehman] also taught the PTI a lesson – that things won’t happen just because they wish them to. Both these decisions have given the PPP a big boost at the ground level,” he adds.

Neither Fawad Chaudhry nor Chaudhry Manzoor seem to be particularly perturbed about the PML-N’s by-election. “By-elections are no criteria to predict results. The PML-N did not win a single by-election when the PML-Q was in power. The PPP won all the by-elections when they were in power,” says Fawad Chaudhry. 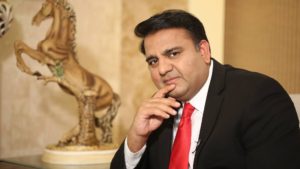 However, Chaudhry Manzoor did concede that to some extent the PPP had itself to blame for the losses in Punjab. “The results that have gone wrong for us in Punjab have been due to our internal weaknesses. We had issues with candidatures, and we took the wrong decisions, which we won’t repeat. Secondly, we haven’t been able to actively involve our party in areas where we lost.” 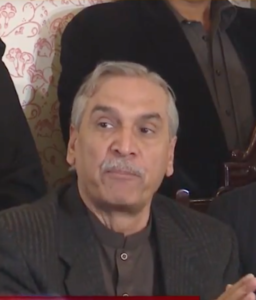 Even so, Manzoor also accuses the media of overlooking the party’s successes in Punjab, even if they have been limited. “It’s almost as if we haven’t had any results in our favour. Mian Manzoor Wattoo’s son won, Hina Rabbani Khar’s father, Rabbani Khar, won in Muzaffargarh. We won 34,000 votes in Mandi Bahauddin, another 35,000 in another by-poll. But nobody seems to remember any of this,” he complains.

Political scientist, Hasan Askari Rizvi, author of The Military and Politics in Pakistan: 1947 — 1997,highlights that the PML-N has benefited in the by-elections because it was the ruling party in Punjab. “The PML-N wins the by-elections in Punjab, PPP in Sindh and PTI in KP  — the common denominator is being in power. If you study how by-elections work, the highest probability of winning lies with the party in power, unless there is internal conflict within the party,” he says.

And Rizvi does see an increase in that conflict within the PML-N. “The relationship between the government and the opposition has deteriorated following the Senate chairman election. There is also some dissatisfaction within PML-N ranks, which was manifest in the election. It showed that while the dissenters cannot afford to come out openly, they can quietly go against the party thanks to the secret ballot. What remains to be seen is to what extent this will go in the future,” he says. 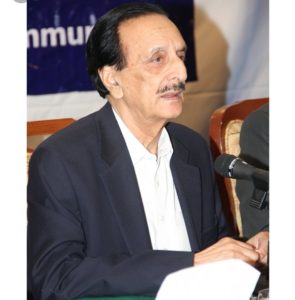 It is the outcome of the case against the Sharifs that will, however, largely determine the PML-N’s fortunes. There is uncertainty at this stage, which will only start clearing up after the accountability court has issued its verdict.

In the event that a caretaker government is formed, both the PTI and PPP leadership insist that its make-up would be crucial to ensure there are ‘free and fair’ elections in Punjab. “The caretaker government in Punjab would obviously be made with PTI’s consent. We are forming committees to establish who the best candidates would be,” says Fawad Chaudhry, insisting that the PML-N narrative that the ruling party claims is selling in the Punjab is based entirely on its control over the government machinery.

“The PML-N’s narrative is political — they are not offering any legal narrative,” the PTI spokesperson 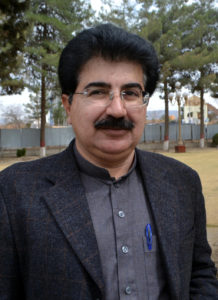 says. “This so-called PML-N narrative that says there is a conspiracy against the party will only satisfy its die-hard voter, not a neutral one. Everyone knows where the 300 billion rupees, 16 companies and all these properties have come from.”

Chaudhry Manzoor meanwhile feels that as matters stand, his party has the advantage.“The masses have been distracted by propaganda against the PPP. But now the ruins of the agriculture industry — which the PPP had built — and the rise in taxation, has shown labour, the worker and the youth that PPP is the party for them,” he contends, adding, “Their confidence, that had been shaken for a while, is returning. Now people are queueing up to be our candidates. Now they can see that PPP can win the general elections.”

Rizvi predicts a fragmented result in Punjab. “ The PML-N is strong in north and central Punjab, which is its stronghold. South Punjab is up for grabs. I think Punjab will be divided in terms of electoral successes,” he says.

Given the vagaries of Pakistan’s politics, for the time being at least, the future is anyone’s guess.