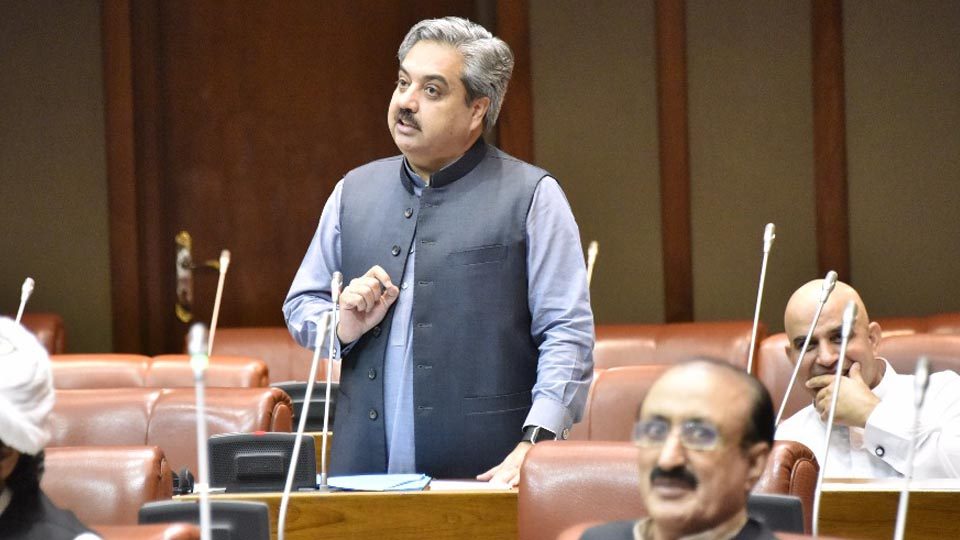 Each federating unit of Pakistan is supposed to get an equal share in the upper house, but unlike Punjab, Khyber Pakhtunkhwa (KP), Sindh and Balochistan who have 24 seats each,  the Federally Administered Tribal Areas (FATA) has only eight seats. According to the constitution, the framework for election to these seats can only be defined by the president of Pakistan — as with all other things pertaining to the governance of FATA. In the case of the provinces, the provincial assembly constitutes an electoral college, while in the case of the federal capital, the National Assembly serves as an electoral college.

The case of FATA is completely different. Only 11 MNAs are made to choose, over the course of their tenure, a total of eight Senators. This election procedure has, however, been conducive to horse-trading. As early as 1975, a presidential order was issued stating that an MNA from FATA could poll one vote for a candidate of his choice. If we take a look at the numbers, a Senator could then be elected by as few as three MNAs. This statutory regulatory order (SRO) was changed by General (R) Musharraf.

In 2015, six MNAs from FATA, namely Alhaj Shahjigul, Bismillah Khan, GG Jamal, Sajid Hussain Turi, Nasir Khan Afridi and Bilal Rehman, had allegedly made a pact amongst themselves, to elect four of their family members, or Senators they were closely acquainted with, in those elections. The choices of the remaining two Senators, meanwhile, were to be elected in this year’s Senate elections.

Taj Muhammad Afridi, Momin Afridi, Aurangzeb Orakzai and Sajjad Hussain Turi, were elected in 2015, while MNAs Bismillah Khan and Bilal Rehman were promised slots for 2018 to bring back Hidayat Ullah and Hilal Rehman, who at the time were retiring as Senators. However, the government machinery became interested in these two slots. The Speaker of the National Assembly, Sardar Ayaz Sadiq, allegedly pitched a candidate, Mirza Afridi, while the prime minister himself nominated Shamim Afridi — father of former Senator and minister Abbas Khan Afridi, who enjoys a close relationship with the top tier leadership of the ruling party.

In 2015, it was reported that the candidates who were elected from FATA had pooled 16 crore rupees each to be distributed among the six MNAs electing them. In 2018, insiders say that the empty slots were auctioned for 30 crores each, while the nominees from 2015 pooled 16 crores each as per the 2015 deal. This makes the total money collected for distribution among FATA MNAs, a whopping 92 crore rupees.

With the Senate elections at the centre now done and the electoral reforms process complete, it remains unclear whether something will be done to curb horse-trading in the FATA Senate elections. Unless FATA is merged with KP, or made a separate province, the only viable option is to hold elections in the same manner as those for Senate seats in Islamabad. After all, both territories come under the domain of the same federal government.