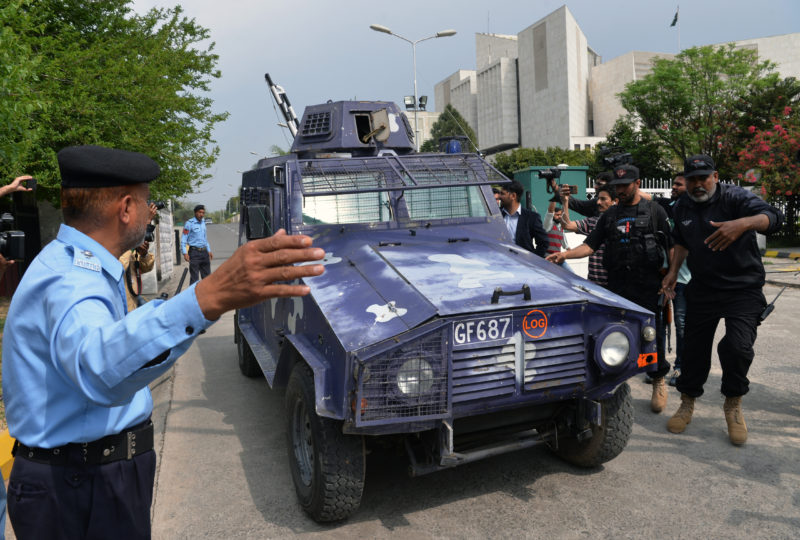 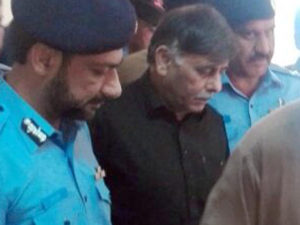 Residents of Malir district have grown accustomed to Armoured Personnel Vehicles (APCs), accompanied by police pickups, speeding towards sparsely inhabited localities on both sides of the Super Highway. They were an indication that Rao Anwar, the notorious Senior Superintendent of Police (SSP) of Malir was on a hunting mission, to raid the alleged hideouts of militants and criminal gangs. His targets were sometimes eliminated in shootouts, or once in custody, taken to  deserted buildings, where they would be offloaded from the APC with their hands tied and faces covered. They would then be shot down and killed.

Often the bodies would be photographed and graphic images disseminated on the social networking sites, Whatsapp and Twitter, to build up the ferocious image of the super cop who was portrayed as daring and unforgiving in his resolve against the militants. It would also add to the influence of his subordinates who would negotiate huge sums of ransom money demanded from the relatives of those picked up  on a tip-off from informers.

“Most of the times, police APCs and pickups are accompanied by ambulances as well, so bodies of the deceased can be taken to hospitals and morgues,” says Imran Mehsud, resident of Janjaal Goth, an informal settlement near the fruit market on the Super Highway.

After these encounters, TV channels start running tickers or flashing headlines with updates on the numbers of militants killed, and claims by police officials about the association of those killed with terrorist outfits. Some newspapers publish their own version of the event, claiming that militants opened fire at the Law Enforcement Agencies (LEA) personnel during a raid and LEA personnel retaliated, eventually killing the militants.

Rao is not the only police officer to resort to staged encounters. Half a dozen others in SITE Town, Baldia Town, Orangi Town, Qasba Colony, Keamari, Mauripur, Lyari and Musharraf Colony are notorious for employing similar tactics.

Rao Anwar gets special mention because he has been known for these tactics since the ’90s. Interestingly, he has remained in Malir and adjacent localities for most of the years of his career. During these years, he went up the ladder by serving the interests of influential businessmen, the underworld and political elites in Sindh. He found many ways to extend his own fortune and financial interests. In the ’90s, he gained notoriety for staged encounters of workers of Muttahida Qaumi Movement (MQM), who had allegedly been involved in violence and the murder of political opponents and policemen. 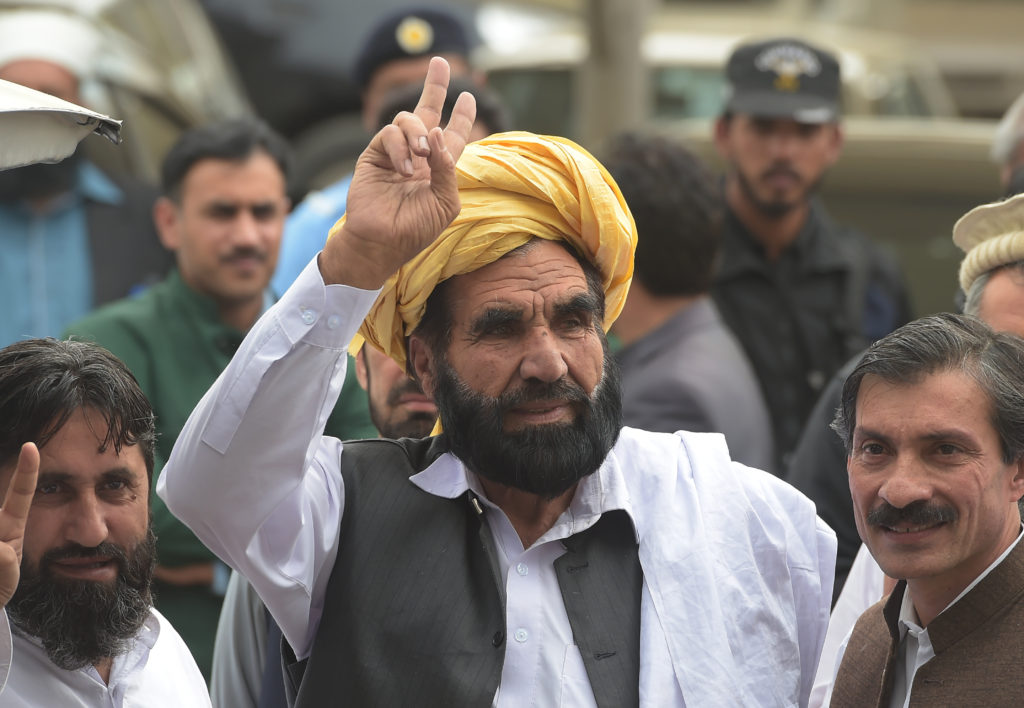 When the MQM reigned supreme in the Musharraf era, Rao went on a long break, moving to Quetta. He was elevated to the rank of SSP on his return, thanks to the PPP coming to power in 2008. At the time, Karachi was hit by another wave of violence with violent attacks by terrorist outfits, added to political turf wars and the activities of criminal gangs. After a couple of years of their targeting of workers of political parties, businessmen, and members of LEAs, an operation was started in the last quarter of 2013, and LEAs tasked to go after the miscreants.

Soon, ethnic violence, sectarian killings, and terrorist activities started declining, and the city returned to normal. But, on the flip side, the numbers of people killed in the LEAs’ encounters soared, and was followed by an increase in reports of forced disappearances and illegal detention.

Some police officials, Chaudhry Aslam and Rao Anwar prominent among them, were often associated with these events. Complaints of abuse of power were overlooked owing to their offensive against members of banned outfits. In 2014, Aslam was assassinated in a terrorist attack when his vehicle was targeted. Rao Anwar has survived many such attempts, as he tends to be more careful in his movements.

Rao’s enmity with the MQM was renewed when he detained two MQM activists, and accused them of having connections with the Indian intelligence agency, Research and Analysis Wing (RAW). He couldn’t substantiate the charges in court, and one of the accused was released. Rao later raided the house of MQM senior lawmaker and opposition leader in the Sindh Assembly, Khwaja Izharul Hasan, and arrested him from the Assembly premises. This resulted in his suspension for a couple of months on the orders of the Sindh Chief Minister, though he was later reinstated.

He has always found support within powerful quarters, as in the recent case of the extrajudicial murder of Naqeebullah Mehsud, in which Rao was the main accused. He managed to evade arrest for more than two months, despite consistent calls by the Supreme Court in a suo moto case hearing.

On March 19 last month, the Supreme Court continued hearing of the suo moto notice in the case till 8 pm. CCTV footage of a failed attempt by Rao Anwar to board a flight to Dubai was shown in an in-camera hearing, in which two of the facilitators were identified. Justice Saqib Nisar, the Chief Justice of Pakistan, reiterated that those facilitating Rao Anwar would not be spared.

Rao finally appeared before the Supreme Court of Pakistan. His request for protective bail was denied, and his concerns about security addressed through the court’s directives to the Inspector General Police, Sindh. An undertaking was also signed by Naqeebullah Mehsud’s father and other Mehsud elders, pledging that Rao  wouldn’t be harmed by them. Later, he was transported to Karachi.

On March 21, when the APC carrying Rao Anwar entered Malir Cantonment Police Station escorted by a heavy contingent of police vehicles, he was once again centre stage, but the circumstances were very different. He was now an accused in the extrajudicial murder of the young Mehsud, a case which sparked off countrywide protests and drew global attention.

Human Rights activist, Jibran Nasir, insists that all the facilitators in the Rao Anwar case be identified, and proper action taken against them to prevent a recurrence of such incidents. 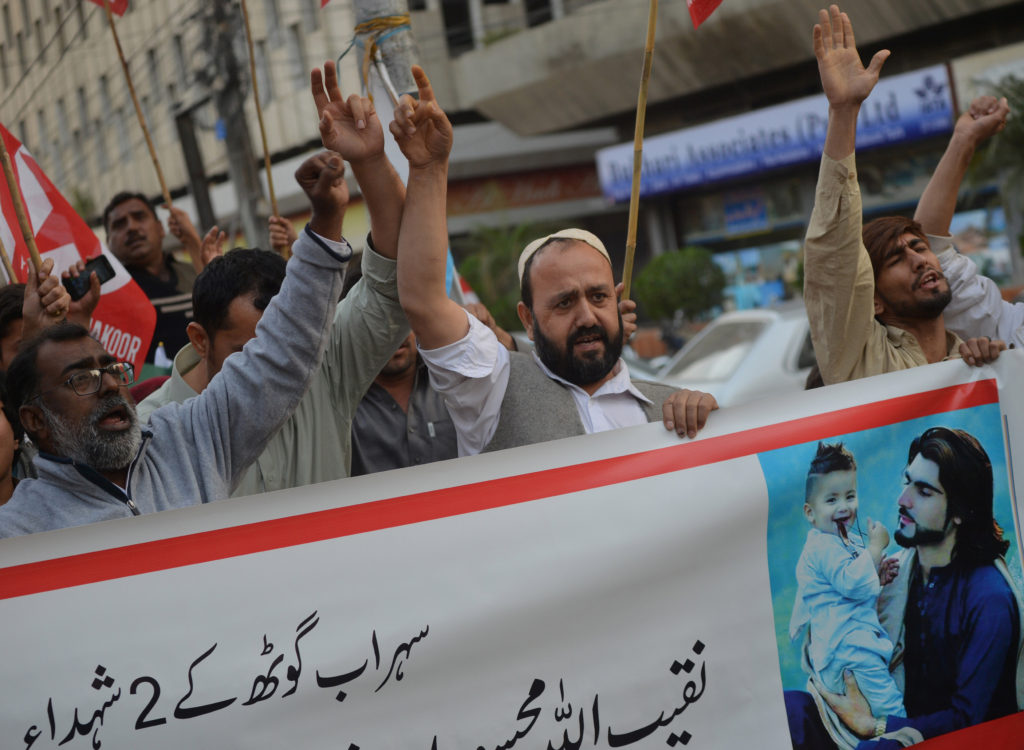 Protest against the killing of Naqeebullah Mehsud.

Nasir refers to another case where a young man was shot dead in an encounter. On January 20, police claimed to have killed two robbers on main Shahrah-e-Faisal, right outside the PAF Faisal Base. Ironically, the robbers had no weapons. Two bystanders, Maqsood and his friend were shot, and Maqsood succumbed to his injuries. The police claimed the two had been shot by the robbers.  In a press conference held on March 27, Nasir stated that new evidence produced in the court proved that Maqsood was killed by the police in a fake encounter.

In a subsequent court hearing, police filed an interim challan, declaring ASI Tariq guilty of killing Maqsood. Earlier, the police had tried their best to cover up the matter by registering an FIR, claiming that Maqsood was killed by robbers. Their account was, however, contradicted by CCTV footage of the incident.

Nasir demanded that the police and Investigation Officer for the case, DSP Muhammad Zubair, make the CCTV footage public, and initiate an inquiry against all officers of the Shahrah-e -Faisal police station, who tried to cover up the matter and registered a fake FIR to protect the police party led by ASI Tariq.