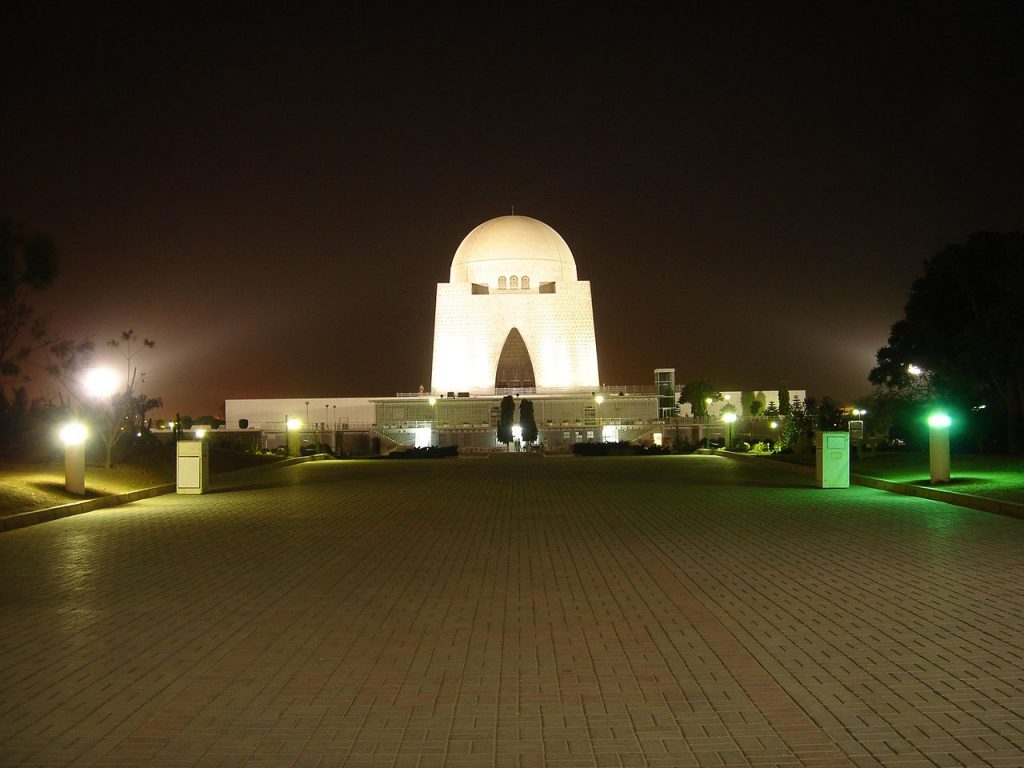 Fourteen years after Sardar Ali, an accountant at a small textile unit, moved to Karachi from Mardan along with his family, he decided to get involved in political activism.

Ali clearly has an excellent memory: he can recall statistics and the exact dates of events and incidents related to the party he joined in 2007. He says it was a turning point in his life.

“It was in the aftermath of the violent events of May 12, 2007 that I started getting interested in the city’s political developments. I observed the media, the stance of political parties, the erratic positions taken by the ANP Sindh president, Shahi Syed. And then on May 26, I saw Imran Khan, the PTI Chairman, and the then Home Minister Sindh, MQM’s Waseem Akhtar, in a TV talk show. Khan Sahib was directly pointing fingers at Mr. Akhtar for orchestrating the violence in Karachi at the whim of General Pervez Musharraf. It evoked a heated argument, but I realised that only Imran Khan had the guts to take on the MQM like this. I joined the PTI,” says Ali.

There is still graffiti on the walls at a few places in Karachi bearing testament to the fallout of Imran Khan’s no-holds-barred criticism of the MQM and its supremo Altaf Hussain, and his plans to go after him in the UK. That resulted in a sickening campaign against Khan, and the walls were etched with obscenities such as, “Imran Khan zaani” (Imran Khan, the adulterer) referring to his playboy image in the heyday of his cricket career.

“Imran was unfazed by this campaign against him. It was not the first time his past had been brought into politics. He went on criticising the MQM for their violent and strong-arm tactics in the years following the 2008 general elections,” says Waqas Afridi, a student and youth activist of the PTI from the Karachi University.

And other PTI leaders from Karachi followed suit; they continued to criticise the MQM. Dr Arif Alvi, a member of the National Assembly and the President PTI, Sindh, recalls his personal experience from those days: “I was the first person who went on television and accused the MQM of committing extortion and murder. This was on May 14, 2007, on Sajjad Mir’s show. Shoaib Bukhari of the MQM was there with me on the programme, and during the interval he threatened me in front of Sajjad Mir and said that (the MQM) would sort me out.”

Alvi continues, “My relatives who saw the show phoned my wife and told her that I would get killed. When I got home, for the first time in my life, my wife would not talk to me because every time she started to speak she would choke on her words. This went on for a week. And then there was firing outside my house, at my gate, so there was fear in the entire family.” 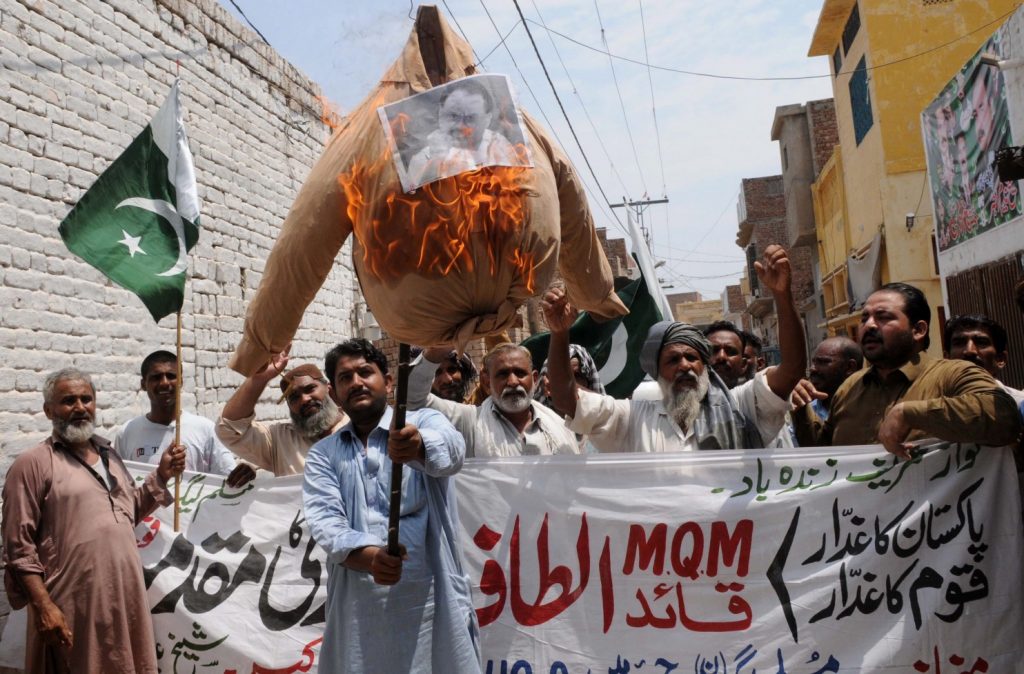 Such was the environment in Karachi in those days, and it continued till the end of 2013. It was the most violent year in the city, political rivalries and the resultant violence being supplanted by more violence at the hands of jihadi and sectarian organisations. Shia families were killed in Abbas Town, Awami National Party (ANP) offices were bombed, a candidate was killed, and the party was slowly decimated, first, by political violence, and then it was wiped out from its territories by Taliban attacks.

The MQM too suffered big losses. First, the Peoples Aman Committee (PAC), and later the sectarian organisations took on its militant wings and political activists. In 2013, two of its lawmakers were killed — the attacks being claimed by the Taliban — and dozens of its workers were targeted by the Lashkar-e-Jhangvi (LeJ).

And on the political side, the PTI posed a serious threat to the MQM’s hold, as was visible in the 2013 election. Despite its lack of focus on Karachi, the party managed to secure 800,000 votes.

“There was a false impression, devoid of facts and statistics, that the PTI garnered anti-MQM votes. The truth is that PTI got 88 per cent of its votes in Karachi from hitherto MQM-supported areas. It was a clear sign of how the MQM was losing support in its strongholds. And if the elections had been fairer, the voting process not been manipulated, and Karachi not under the shadow of fear, the results would have been even more shocking for the MQM as well as for political spectators,” says Sardar Ali.

The widespread accusations of manipulation of the voting process, protests by the PTI, and Altaf Hussain’s threatening speech on May 12 2013, followed by the murder of PTI women’s wing leader, Zahra Shahid Hussain, further eroded the MQM’s standing.

Hundreds of complaints against Altaf Hussain to the London Metropolitan Police after his fiery speech infuriated the MQM Quaid. He lambasted the MQM coordination committee members for failing to defend him. And the beating of MQM lawmakers and coordination committee members by party workers caused more fractures within MQM ranks. It is widely believed that the Pak Sarzameen Party (PSP) phenomena is a result of that incident.

“This all did not happen so easily. It took us years,” says Dr Alvi, clearly claiming credit for MQM’s downslide. “Despite threats, we kept exposing the MQM, knocking them in every talk show. We would repeat what the Supreme Court was saying, what the people were saying, and we would brandish the evidence the police gave in the courts against the party. But we left Altaf Hussain alone. We did this deliberately, so that our words would register. Our intention was not to rub anyone’s nose into the ground, but rather to force people to think.”

And it worked. So the PTI’s softened stance vis-a-vis the MQM before the general elections in 2013 was a deliberate move. During the campaign, Imran avoided taking on the MQM and Altaf Hussain, apparently because he was mindful of the future, the post-election scenario, in case of a hung parliament. The PTI believed that if it won, as were the expectations at that time, they might need to seek help from the MQM. So they kept their options open. And perhaps it was this very complacency that kept the party from campaigning more actively in potential PTI constituencies. The party lost the NA-239 constituency seat, but it had never really focused on that area to begin with. All the focus had been on the NA-250, PS-113 and PS-112 seats, which were won by PTI in a revote on May 21. But post-elections, in the country-wide campaign against rigging and the long dharna, Karachi received little attention. The focus remained on the urban centres of Punjab. 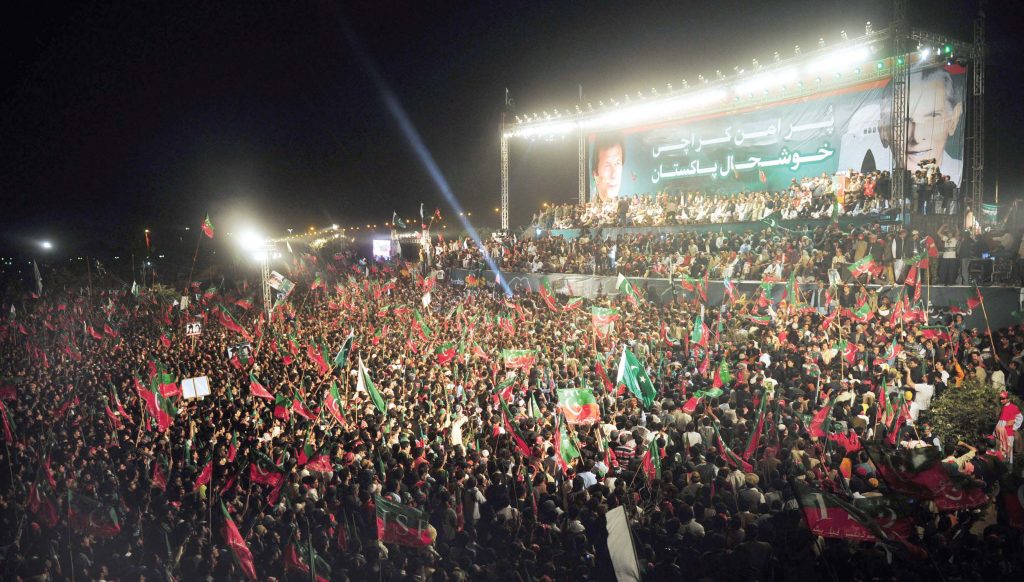 Sardar Ali says, “Rigging took place in Punjab and Sindh. What the PML-N did in Punjab is the same as what the MQM did in Karachi, but the PML-N did it with the help of the government machinery, while the MQM resorted to strong-arm tactics. The PTI’s cry for ‘char halqay kholo’ in Punjab was partly symbolic. It was to show the flaws in the electoral process, and the complicity of the state machinery.”

There can, however, be no argument that in the post general election years, the PTI did little in Karachi, remaining focused on politics at the centre. Karachi only seemed to merit mention in respect of the law enforcement agencies’ actions in Karachi. Not surprisingly then, the PTI lost miserably in the by-polls in Karachi last year, as compared to their-neck-to-neck contests with the PML-N in the Punjab by-polls. And, despite their alliance with the Jamaat-e-Islami, the results of the Local Bodies elections in December 2015 were clear indicators of hard realities. Even the PML-N performed better than the PTI in Karachi, and the PPP managed to bag chairmanship of two districts. The PTI only managed to secure a handful of victories, with a few of its elected representatives voting for an MQM candidate for chairman in District West. PTI Karachi deputy general secretary Imran Ismail, meanwhile, was accused of striking a deal with the MQM, after he met the Karachi mayor, the MQM’s Waseem Akhtar in jail, prior to his occupying this position.

Sardar Ali maintains, “Only two of our elected representatives from Keamari had voted for the MQM candidate, the other two were from the PML-N, who didn’t vote for their own candidate. Imran Ismail is an old friend of Akhtar’s. The party did not, however, support his visit to jail.”

Recently, many PTI office bearers in District West have left the party, and joined the PPP or the PML-N, because of the leadership’s neglect of Karachi and problems related to the party’s internal organisation. Says Advocate Shoaib, former secretary of the PTI’s legal affairs in District West: “The issue of internal elections created a lot of segmentation within the party. People were pitted against each other for party positions, and then a lack of coordination within the party led to major setbacks in the local government elections as well as in the by-polls. Now the party has been undergoing reorganisation, and will be contemplating a new strategy for the upcoming polls, as we have 18 months left for the general elections.”

How much the reorganisation will benefit the party, only time — and the next elections — will tell.