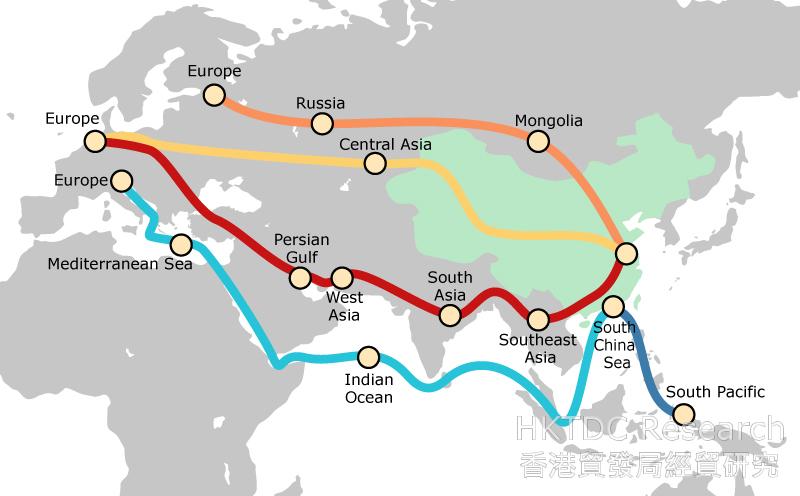 In 2013, China announced a plan to connect dozens of economies across Eurasia and East Africa through a series of infrastructure investments known as the Belt and Road (B&R) Initiative. The objective, according to Chinese official pronouncements, is to bring prosperity to the many developing Asian countries that lack the capacity to undertake major infrastructure projects on their own by connecting them through a web of airports, deep-water ports, fiber-optic networks, highways, railways, and oil and gas pipelines.

It is a dual-purpose initiative as it promises to add significantly to the growth of the Chinese economy. The B&R project has the potential to create new markets for Chinese companies and, at the same time, provide a shot in the arm to its banks and state-owned enterprises.

The B&R is a massive undertaking that extends from the Pacific to the heart of Europe, stimulating some $4 trillion in investment over the next three decades, and draws in countries that account for 70 percent of the world’s energy reserves.

The B&R comprises two planks, one comprising a series of land-based economic corridors collectively called the Silk Road Economic Belt, and the other, a Maritime Silk Road, traversing the South China Sea, the Indian Ocean, and the Mediterranean Sea. The first of the land-based corridors will connect north-eastern China to energy-rich Mongolia and Siberia by means of a modernised rail network. The second, the China-Pakistan Economic Corridor, will link China’s western region of Xinjiang to the Pakistani deep-water port of Gwadar, on the Arabian Sea. This will open up China’s south-western provinces to the Indian Ocean through rail, highways, ports, pipelines and canals in India, Bangladesh, and Myanmar.

The China-Indochina Peninsula Economic Corridor would be connecting Southeast Asia to China through investments in ports and high-speed rail.Besides two major rail projects will be taken in hand, with one linking Henan Province, Sichuan Province, and the Xinjiang region to hubs in Poland, Germany and the Netherlands by way of Central Asia, Iran, and Turkey; the other, the New Eurasian Land Bridge, connecting China to Europe by way of Russia. One more corridor will be developed connecting ports in Djibouti, Kenya, Tanzania, and Mozambique to the Red Sea, the eastern Mediterranean and central and south-eastern Europe.

Most of the B&R projects are expected to be constructed by state-owned Chinese construction and engineering firms. Most of the finances for these projects will come from the Asian Infrastructure Investment Bank (AIIB) and the BRICS New Development Bank, with the former lending as much as $200 billion over the next 10 years.

For the purposes of ensuring cooperation from countries included in the B&R projects, China has undertaken a number of foreign policy initiatives like welcoming India and Pakistan into the regional bloc, the Shanghai Cooperation Organisation (SCO). Iran is also likely to be encouraged to join the SCO. The Czech Republic in Europe is being turned into the mainstay for all European projects with an investment of $4 billion. In the same spirit, China has started taking keen interest in happenings in the Middle East — the proof being its offer to mediate between the rival factions in Syria’s civil war. 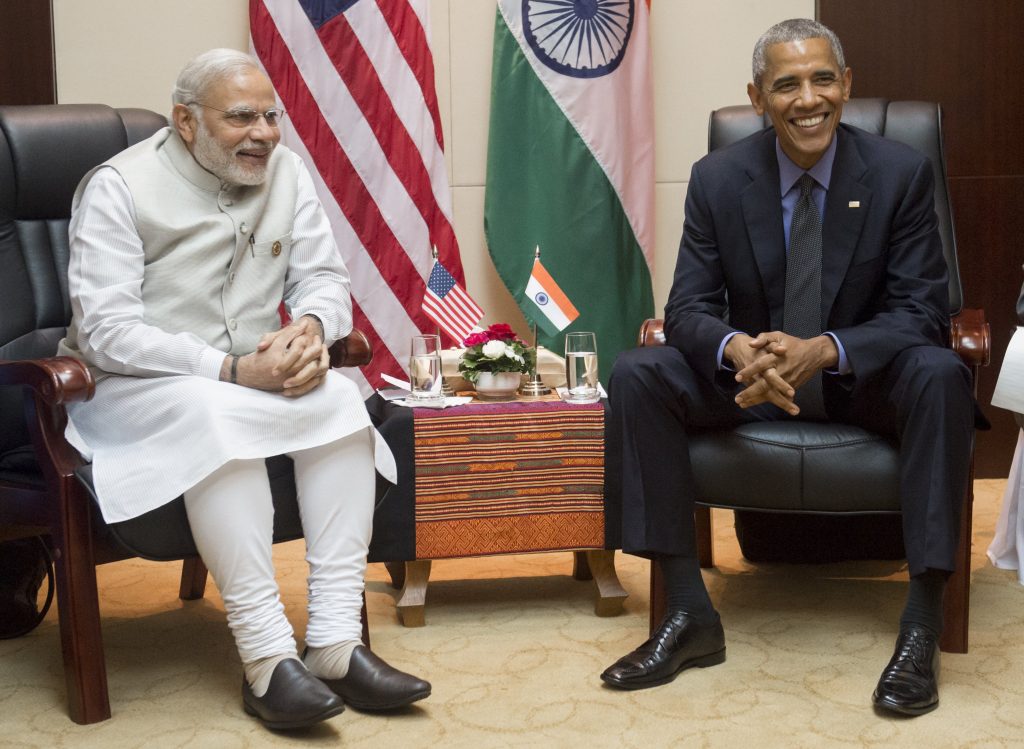 On the face of it, the response so far from the world’s sole superpower, the USA, to China’s B&R initiative has bordered on hostility. The most glaring such response has been the failed US attempt to prevent its allies from joining the AIIB. In fact a kind of an uncomfortable gulf is appearing in the approach towards China’s regional economic initiatives between Washington and its close European and East Asian friends, as many of these countries see the B&R as a useful scheme for reviving the stagnating global economy.

On the other hand, Washington’s deliberate exclusion of China from the yet-to-be concluded Trans-Pacific Partnership agreement, its opposition to China’s call for a larger voting share at the IMF earlier and the US support to a ban on funding for most new coal-fired power plants have created an atmosphere of overt confrontation between the world’s two huge economies, one occupying the top position and the other the second.

Meanwhile, the deepening and widening Indo-American honeymoon is being viewed worldwide and particularly in Pakistan through the cold-war lens. Conclusions reached, therefore, naturally see this growing alliance between the two great ‘democracies’ of the world as a grouping of ‘good guys’ being put together to contain the emergence of vast regions under Chinese influence or what the Western media would like the world to believe is the rise of a grouping of ‘bad guys.’

However, as opposed to the Cold War which was essentially an ideological tussle between two great powers influenced entirely by geopolitics, the competition that is emerging between the present ‘good guys’ and ‘bad guys’ is not at all ideological and is entirely influenced by geo-economics and not geopolitics.

And when geo-economics is the dominant subject or the primary issue between states, the two bilaterally or group-wise tend not to harm or undermine the markets in the rival grouping but bend backwards to help sustain them because that ensures continued and escalating incomes from trading, which in turn promises inclusive prosperity.

Sanjay Baru, one of India’s highly regarded economic commentators had this to say about the ‘Strategic consequences of India’s economic performance:

“Neither the US nor China would like to hurt their business prospects in India. Indeed, China has in the past year delinked its growing business relationship with India from persisting differences on the political and diplomatic front. This partly explains China’s equivocal stance on an increasing number of India-Pakistan bilateral disputes like the Kargil war and the campaign against terrorism.

Polish economist, Michal Kalecki had likened India’s Cold War economics of a ‘mixed economy’ and the foreign policy of ‘non-alignment’ to a ‘clever calf sucking two cows’. And the chances are that India would most probably do the same with a little bit of variation to suit the current situation in its post-Cold War pursuit of great power ambitions. It will perhaps end up milking the US to fatten its economic links with China in the decades to follow. India is already a very important member of the Asian Infrastructure Investment Bank (AIIB) and it is also one of the founding members of the BRICS New Development Bank, both of which are anathema for the US. 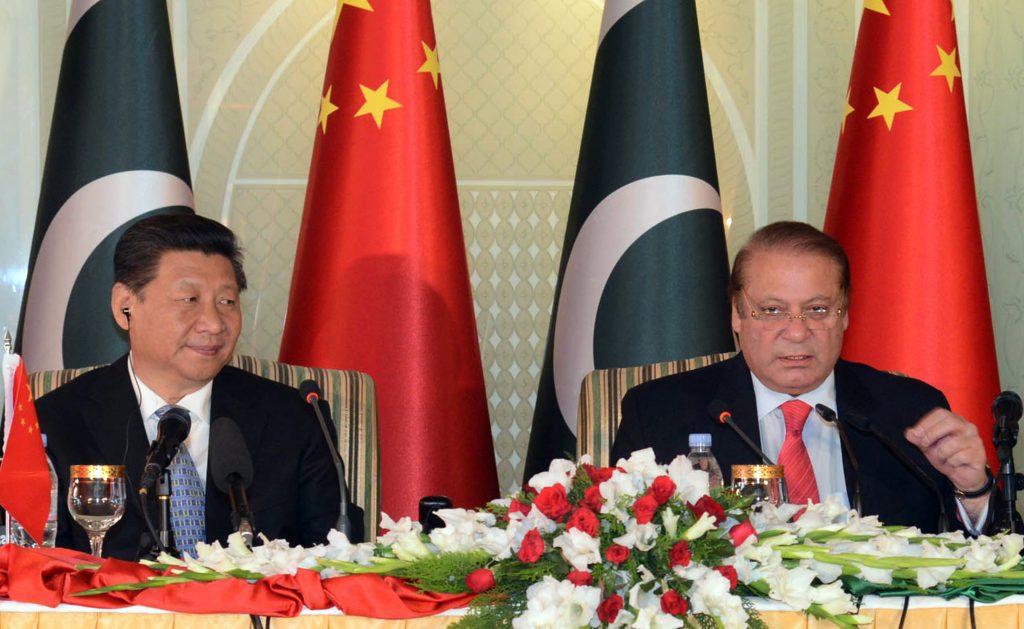 China’s sustained economic growth of the past quarter century has increased its economic, political and strategic profile in Asia and in many other parts of the world. And there is a growing realisation in India that if the Indian economy does not catch up with China, in terms of economic growth and human development indicators, its wider security and global profile may be seriously challenged. Therefore, it is in India’s own national security interest to avoid any non-economic tussle with China and instead improve its trade with such a vast market as well as with the global economy.

Over the course of the next four years, Asian countries will need around $800 billion annually to build the transport, energy, and communications networks that they require to achieve their development goals. The investment provided by today’s development banks meets less than 10 percent of that need – and even if the AIIB and China’s other funding outfits live up to their promise, the money will still fall short.

Most likely, in due course of time the United States would find it advisable to approach the B&R with an open mind by publicly acknowledging China’s initiative and the potential benefits it offers. The two countries could, after due deliberations, come up with a role for the United States in the B&R that plays to its strengths. Indeed, the United States is in the best position to reassure some of its allies, particularly those in Southeast Asia, where anxiety about China’s ascendance runs deep, that the B&R is largely a force for economic development rather than Chinese expansionism. Meanwhile, US officials should consider seeking a role for Washington in the AIIB, either as a member of the bank or as an observer.

Gal Luft, Co-Director of the Institute for the Analysis of Global Security and a Senior Adviser to the United States Energy Security Council — in his essay (China’s Infrastructure Play — Why Washington Should Accept the New Silk Road) in the Sept/October 2016 issue of Foreign Affairs has advised the US administration to cooperate with the Chinese initiative and not oppose it:

“By cautiously embracing the B&R, the United States could ensure that American firms and investors are not excluded from the opportunities offered by what might become the biggest economic development project in history. Together, China and the United States are responsible for half of the world’s economic growth. At a time when the world economy is facing a potentially prolonged stagnation, Washington would find that US would be better off harmonising with the B&R development agendas than opposing them.”

In Luft’s opinion, the response of the US to the B&R will have critical influence over not just US-Chinese relations but on the world order as a whole. He concludes that the United States “should give its blessing to initiatives that will lift all boats.”