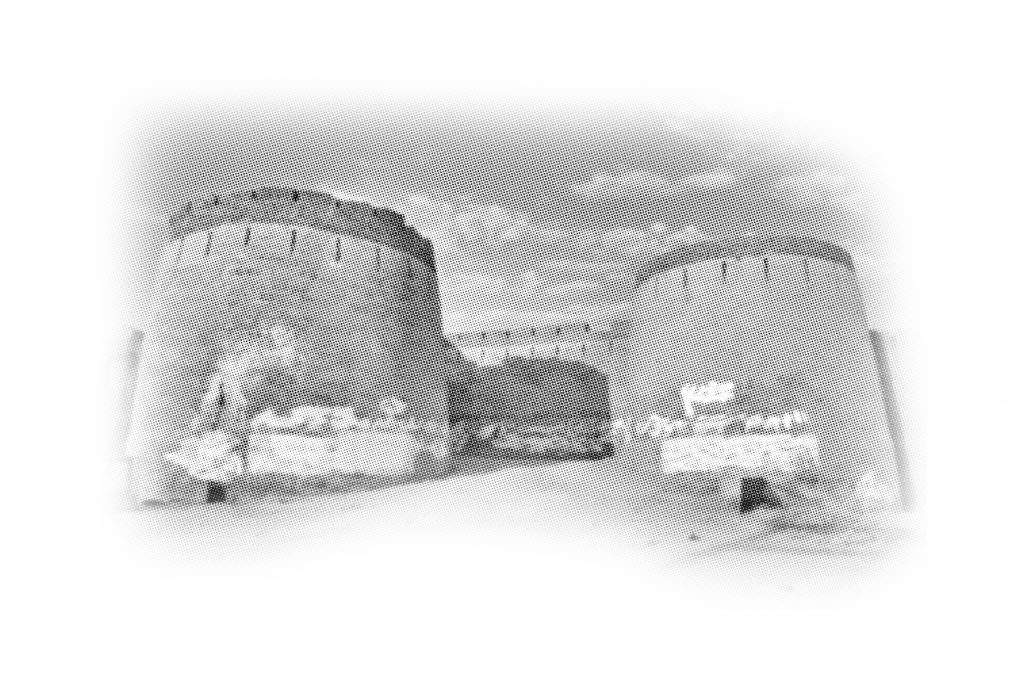 No one disagrees that it was Buddhism and other mystic traditions of the past that moved Sindh towards a secular ethos. This orientation remains in one form or the other, but alongside we are now witnessing a somewhat bleak socio-political situation, especially in regard to issues such as secularism, non-violence, and tolerance. One has seen secular social and political workers requesting — sometimes in whispers — other like-minded comrades to pay homage at shrines, and ask the saints to suggest the way forward. As recently as the 1980s, no left-inclined political worker could have imagined the situation that exists today.

Generally speaking, most historians agree that in British Sindh, secularism and pluralism were planted through the education system. Later, Brahmo Sabha pushed urban Sindhi society to think differently, bring about reforms, and detach itself from orthodoxy. One radical action of those times, registered at a societal level, and still cited by chronologists as a milestone, was the renaming by Sadhu Navalrai of the Sikh Sabha. Its new moniker: Sindh Sabha.

Later, another shift in Sindh’s plural politics occurred due to the development of the Karachi port in the 1850s. This helped the city’s residents to adopt an urban outlook, and exposed various communities to a diversity of ideas. In the early decades of the 1900s, some other factors, such as the installation of a railway system, the introduction to the Freemason Movement, the Theosophical Society, the Labour Movement and the Russian revolution also catalysed the process of modernity. Meanwhile, in the 1930s, the Thinker’s Library books started reaching Karachi through book vendors and socialist officers of the British bureaucracy and army. The Thinker’s Library books promoted rationalist thinking and upheld the ideas of humanism. In those times, science fiction as a genre also emerged in Sindhi literature, and Sahib Singh Chanda Singh Shahani’s Taaran Jo Abhyas (Study of Stars) became the first science fiction novel. The story’s locale was Karachi’s DJ College, where the lead protagonist studies environmental changes and predicts natural disasters. The book was published by the Karachi Education Publishing Company in 1930.

Muhammad Ibrahim Joyo still remembers the way the Thinker’s Library influenced the intelligentsia and the pre-Partition politics of leftists. He fondly remembers J. Howard Moore’s book Savage Survivals: The Story of the Race Told in Simple Languages and The Golden Bough: A Study in Comparative Religion by Sir James George Frazer. Shaikh Ayaz, the towering poet of the Sindhi language and a voracious reader, was also a great promoter of the Thinkers’ Library Book series. In his memoirs, he has especially mentioned The Illusion of National Character, one of the books in the Thinkers’ Library, for helping him inculcate humanistic ideas in his political outlook. 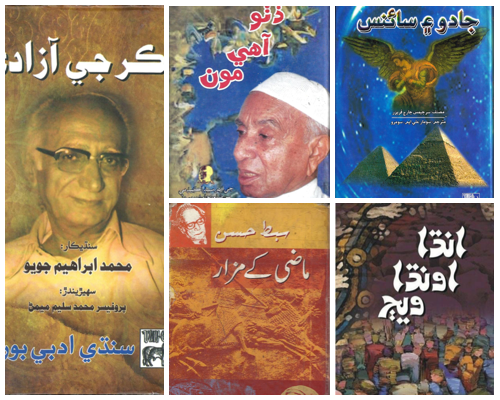 After Partition in 1947, the role played by GM Syed, Comrade Haider Bux Jatoi and Muhammad Usman Diplai (and much later by Rasool Bux Palejo) in shaping the public mindset, is noticeable, because they introduced fresh ideas and secular points of view in the political discourse and literature of Sindh. The Sindhi Adabi Board, which was established in 1955, started publishing Sindhi translations of important books. For example, the first volume of Frazer’s book titled Jado Ain Science appeared in 1959.

Thus, it would be fair to say that after Partition, publications of the Sindhi Adabi Board played a vital role in promoting secular and rational ideas in Sindh. This tradition continued, and meanwhile, private publishing houses were also established. Most of them published progressive literature, but the one established by Muhammad Usman Diplai deserves special mention, as it curbed orthodox ideas and dissuaded the subjugation of innocents by so-called spiritual leaders. Diplai started a weekly magazine Insan in 1959, as a portal of rational ideas in which the works of African and Asian intellectuals and writers were published in translation. In fact, it was a window to the world.

An even more major dent to orthodoxy and state-sanctioned religion was created by GM Syed’s book Jeeain Ditho Aahy Moon. The book is applauded for its views on religion, its evolution and limitations. This seminal work has influenced several generations of Sindhi society, and it has remained in print since its first edition. Muban Mangrio, a political worker and book promoter, is of the view that Syed’s book helped readers to look at religion through an anthropological lens.

In 1971, the Sindh Science Society started a science magazine with the aim of popularising science. The magazine used to carry stories and features about astronomy and physics along with illustrated hands-on experiments for children to perform at home or at school. In addition, science fairs were organised and conferences were held for scholars and adults. Around the same time, Professor Zaffar Hassan Sayed started Smaji Scienso’n, a social sciences magazine, with the aim of highlighting and documenting sociocultural problems. And in the meantime Qazi Faiz Muhammad’s science fiction B’a veeh Saw’ Baveeh (2222), was published to great critical acclaim.

At that time, periodicals published by political parties often used to carry one or two translations from the works of Russian writers. Most of this material was taken from publications by the now defunct Progress Publishers, which was the Soviet Union’s official publication house established in 1931. The first Sindhi translation of The Communist Manifesto was published in Sindhi in 1975. Translated by Rasheed Bhatti, it helped political workers understand the problems of capitalism and its modus operandi. Rasool Bux Palejo’s Sindhi Awami Tehreek patronised the book to the extent that the book was quoted chapter and verse in various political discourses of that time. In addition to the Manifesto, the Sindhi translation of Stalin’s The National Question and Leninism also proved to be a book in permanent circulation. 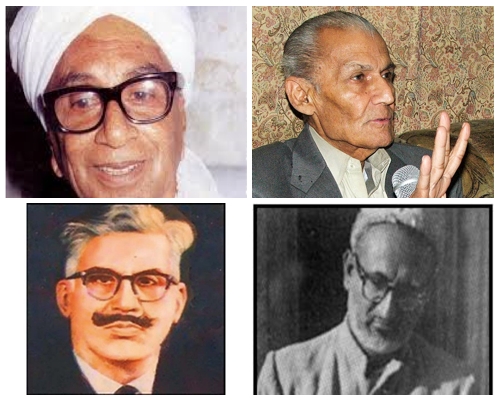 The role of the library of the then USSR’s Friendship House, Karachi (now the Russian Centre of Science & Culture) cannot be downplayed. An old comrade recalls how the library, its fine furniture, deluxe and cloth-bound books with cream coloured paper and refined printing always lured them to go there. “As you stepped in, the stacked volumes of books by Dostoevsky, Tolstoy and Gorky welcomed you,” he says. Some of the works were translated by Z. Ansari.

In the 1970s, a number of private publishing houses were set up, and some of them are still publishing books that promote secularism and enlightnement. Roshni Publication, Kandiaro, and Maktaba-e-Daniyal, Karachi, were in the vanguard, continuing to introduce new writers and titles.

Professor Himat Ali Pitafi says that a major contribution to creating a conducive environment for debate was study circles in which books were read out and discussed. He adds that various progressive and nationalist groups prepared their reading lists independent of each other. There were, however, some titles that kept appearing in all lists. These were Sibte-Hasan’s Musa Se Marx Tak and Mazi Ke Mazar, Muhammad Ibrahim Joyo’s translations of Stefan Zweig’s book The Right to Heresy (Fikar Ji Azadi), George Polieser’s An Elementary Course in Philosophy’ (Falsafay Jo Ibtidai Course), and Pedagogy of the Oppressed by Paulo Freire (Ilm Tadres Mazlooman Lai). Other common books included Diplai’s abridged Sindhi version of Nikolai Ostrovsky’s socialist realist novel How the Steel Was Tempered under the title of Sesi Nezi Pand and Maa, an abridged Sindhi version of Gorky’s Mother.

Pitafi says that one cannot ignore the role of the Progressive Writers’ Association and the Sindhi Adabi Sangat in shaping mindsets. Members of both organisations helped introduce literary and socio-political works from all over the world. Those were the times when the works of Mahmoud Darwish, Pablo Neruda and GarcÃ­a Lorca were published in translation. And on the ideological front, Ghulam Muhammad Grami, Rasool Bux Palejo, Badar Abro and Khaki Joyo wrote books to defend the progressive literary movement and new ideas.

There is an agreement that the mingling of rationalistic and secular ideas through books and discussions, consciously and unconsciously, halted the growth of prejudiced and intolerant worldviews in public spaces, helped register pluralism, and upheld the freedom of expression in Sindh. This ideal world collapsed like a house of cards because of a multitude of reasons. Old comrades, nostalgically recalling the old days, are of the view that the collapse happened due to Gorbachev’s “perestroika” and “glasnost” policies. However, cultural critics are of the opinion that the tree of darkness planted by General Zia in the 1980s, matured in the 1990s, and under the shade of its dense foliage, the saplings of secularism, pluralism and dialogue began to suffocate.