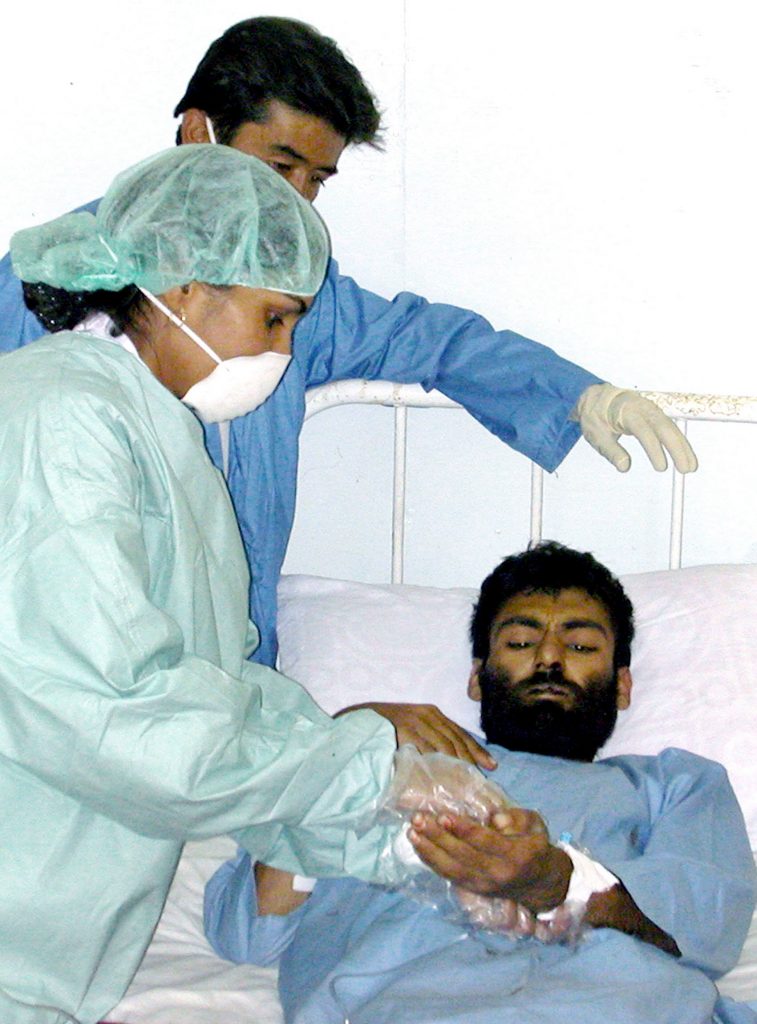 The Congo virus scare overshadowed Pakistan’s Eid-ul-Azha this year. As is the practice every year, this Eid too, goat and cattle markets sprang up everywhere, and children played shepherd for a few days with the livestock bought for the Eid sacrifice. However, this time round, suspended over customers’ heads was a Damocles sword: the threat of the Congo virus. According to the World Health Organisation (WHO), “The virus is primarily transmitted to people from ticks and livestock animals.”

The number of reported cases of Crimean-Congo haemorrhagic fever (CCHF), more commonly known as the Congo virus, was 127 till end September, and 27 deaths from this malady had been reported in the press.

A tick-borne disease, the first recorded outbreak of the Congo virus in Pakistan was in Balochistan in the 1970s. Since then, Pakistan has suffered sporadic outbreaks. This time around, however, the deaths of healthcare workers and the overall higher mortality has highlighted the issue more than usual. The Congo virus tick is present in animals in Afghanistan and Balochistan. Consequently, breakouts in Pakistan are reported frequently from Balochistan, as well as from lower Punjab. Because there is little cattle rearing in or near major cities, a better healthcare infrastructure in cities, and better pest control, the virus does not usually originate or spread from the urban areas. However, during Eid-ul-Azha, animals are brought to the cities from all over, and they are not always checked.

In a full-fledged Congo virus infection — a highly contagious disease, sometimes compared to Ebola — blood may ooze from the skin if there is internal bleeding. This bleeding is usually profuse and does not stop quickly without medical intervention. The blood and the body secretions of a Congo virus victim — saliva and urine — can be infectious. Understandably then, the fear of an ‘aerosol infection,’ through a patient sneezing, for example, creates dread among those who are responsible for diagnosis and treatment, and among attendants and visitors. Similarly, there is a threat of transmission of bodily fluids during the diagnosis. But doctors and nurses, worry that their fears may subvert their treatment. So they have to tread a fine line between precaution and cure. However, they point out that it is next to impossible to be entirely safe, especially in public hospitals like the Jinnah Post Graduate Medical Centre (JPMC) where a minimum of 1000 patients arrive daily, and the lack of disposable medical protective gear for the healthcare staff poses serious risk.

Even the dreaded dengue is less feared than the Congo virus. Mortality from dengue now is around two per cent, or less. The mortality rate from the Congo virus ranges from 10 to 40 per cent, according to the WHO.

As I sat wearing a surgical mask, in an anteroom with dim lighting in the isolation ward of JPMC, the on-duty nurse explained the protective procedure required when treating Congo virus patients. He pointed to a patient suffering from the disease who had been admitted for two days, and told me he was being treated with a combination of medication and transfusions. The patient was being given ribavirin twice daily to combat the virus, and was also given a platelets transfusion as a low platelet count is one of the outcomes of the disease which weakens the body’s ability to clot and help the bleeding to stop.

Inter-city or inter-provincial travel and the transportation of livestock are the major contributory factors in the spread of the Congo virus in Pakistan. The JPMC’s first casualty this year from this virus was a cattle dealer from Fort Abbas in Bahawalpur district, on the border with India. He kept his animals in Malir, and said they had been sprayed with virus-killing medicine. However, the JPMC medical staff questioned the veracity of that statement, since the man died of the tick-borne disease. Another patient currently being treated in the JPMC’s isolation ward is from Quetta.

The Punjab Health Commission defines an ‘outbreak’ of Crimean-Congo haemorrhagic fever as even one confirmed outbreak of the disease. Going by that baseline, barring 2009-2010, Pakistan has suffered 14-recorded mini-outbreaks of Congo virus since 2000. This year was our fifteenth recorded outbreak. However, even if this outbreak is contained, but our policies regarding livestock safety don’t change and we do not increase our resource outlay, Pakistan will continue to suffer repeated outbreaks of the deadly Congo virus.

Apart from the Expanded Programme on Immunisation (EPI) for preventable diseases, mostly for infants and children, Pakistan does not have a centralised body or coordinated health system which deals with treatable, eradicable infections, nor is one on the anvil. Hepatitis C has reached near epidemic status, and there is a threat of it spreading throughout Pakistan. Yet there is no centralised government programme to deal with this issue. Malaria is dealt with under a separate malaria control programme. But when the health expenditure is cut to two per cent of the GDP or less, then anything beyond the most basic healthcare for patients becomes a luxury.

To compound the Congo virus issue, is the fact that there is no effective regulation of the cattle transportation between the country’s cities and provinces because of the tangle of government laws, regulations and departments involved. According to a government official, “if you want to create any policy to rationalise this process, you will have to gather representatives of the excise department, the police, the customs, local government departments, and the animal and livestock ministries. To get all these disparate departments together may take several years. Or else, they might send representatives who are too junior to debate, change or implement the policy.”

The current method of warning people of the threat of the Congo virus via placing advertisements in the print media remains ineffective. To stop disease transmission, the government has to look at rationalisation and implementation of the relevant laws. The country also faces an acute shortage of veterinarians and veterinary hospitals, which prevents the effective immunisation of livestock. Barring serious policy changes and an increased investment in disease control for the people and livestock in Pakistan, the country will remain vulnerable to further outbreaks.

And the Congo virus is not the only danger. There are a host of other communicable diseases that lurk in the absence of an effective health and disease control infrastructure. As a health worker said, “The Congo virus is definitely a threat, but there are other great threats we are facing. HIV is increasing rapidly in Pakistan. More people are dying from malaria. We have a lot of TB patients. There is a great deal that needs to be done regarding infectious diseases and this (Congo Virus) is just the tip of the iceberg. Resources are needed to counter these threats but maybe our government is just not interested. It is not their priority to invest in these areas.”