By Najam U Din | News & Politics | Published 11 years ago 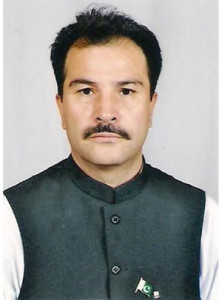 It is a reflection of the state of lawlessness in Balochistan that the target killing of Abrar Hussain — a former Pakistani boxer of international renown and a deputy director of Pakistan Sports Board — in Quetta on June 16 is already old news. Hussain had represented Pakistan in three Olympics and was the recipient of the prestigious Sitara-e-Imtiaz and the presidential Pride of Performance. However, for his killers, apparently the only thing that defined him was the fact that he was a member of the Shia Hazara community. The Hazaras in Balochistan, particularly in Quetta, have been targeted for over a decade for no reason other than their religious faith.

The situation has worsened over time and police cadets, government officials, vegetable vendors, labourers, and those attending religious processions and congregations have been killed — their shared attribute being their faith. At least 347 Hazaras have been killed in target killings and suicide and other attacks since 1999. Of the 328 Hazaras killed up until December 31 last year, as many as 105 had been killed in 2010 alone.

The killings have taken place amid the usual hate speech and wall chalkings, branding Shias as kafir (apostate) and wajib-ul-qatl (deserving to be killed). To representatives of the community, there is no mystery about the motives of the killers even if their identity is not quite as clear. “They want to instigate Shia-Sunni conflict in Balochistan,” say leaders of the Balochistan Shia Conference, requesting anonymity. The attempts to incite violence have not been successful so far, but certainly not for lack of trying. The list of violence against Quetta’s Hazaras is a long one: 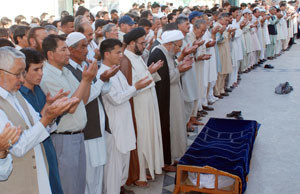 Community leaders have met with Interior Minister Rehman Malik, President Asif Zardari, his predecessor Pervez Musharraf, Musharraf’s prime minister Shaukat Aziz, successive chiefs of the Balochistan police and Frontier Constabulary and implored them for help, but the killings have persisted.

In a meeting with President Zardari in Quetta in 2010, Interior Minister Rehman Malik had assured the Hazara leaders that with 99 CCTV cameras installed across Quetta there would be no further target killings and if there were, then the killers would be apprehended within 24 hours. Yet, when the son of a Hazara community leader who had attended the meeting with Malik and Zardari was killed in April 2010, the police informed the family that the CCTV camera installed at the site was out of order. The community leaders say that CCTV cameras have not played any part in apprehending the killers and are certain that if they were to press for CCTV footage to identify Abrar Hussain’s killers, they would be told that the cameras were not working at the time.

They maintain that the killings can be stopped, but only if the government takes effective measures to do so. “We had asked the Balochistan chief minister to convene a jirga of all ethnic and sectarian groups in Quetta to find a solution to the target killings because those involved find support and shelter among these communities. The chief minister promised to hold the jirga but that has not happened so far,” leaders of Balochistan Shia Conference say. “We do not know who the killers are. There are claims of responsibility by Lashkar-e-Jhangvi. But who knows who or what that is,” they add. “The communities should sit down together and find a way to end this madness. Constantly looking over one’s shoulder and viewing everyone with suspicion is no way to live.”

Kidnappings for ransom in Quetta in the past year-and-a half have added to the worries of the Hazaras. Hundreds of Hazaras have migrated abroad or to other parts of the country because of security concerns. According to leaders of the Hazara Democratic Party, a few years earlier hundreds of Hazara boys and girls studied at the university and colleges in Quetta but now the number has plummeted. The Hazara population in Quetta has always been concentrated in one or two localities but members of the community own houses and shops across Quetta. However, members of the community have increasingly felt compelled (out of fear for their own safety) in recent years to sell their houses and shift to areas with a concentrated Hazara population.

At least 15 men are in custody in Balochistan for their role in target killings and other attacks on Hazaras. Several of them have confessed to premeditated murder and boasted in open court that they would do it again if they had the chance. Some have been on death row for years but have not been executed, which has been interpreted as a sign of immunity by both the convicts and the victims’ families. The community leaders point to the escape of Usman Saifullah — who was held for involvement in several attacks on Hazaras — from the high-security ATF prison in Quetta as proof of some kind of inside help for the killers. A judicial commission examining the killing of Hazaras in various incidents has submitted its report, but the report has not been made public.

In all the conversations with Hazara community leaders, the thing that strikes one is the utter lack of bitterness in their tone or demeanour even as they desperately try to seek an end to the bloodshed, though they concede that it is extremely difficult to constantly try and keep the emotions of the youth in check as they bury one body after another. Empathy and condemnation of attacks by leaders of the Ahl-e-Sunnat school of thought has also played a part to help. “But it’s difficult to control emotions as families turn up to claim the bodies of victims of target killings day after day. We try and pacify them but at times they are so incensed that they call us names and abuse us.” The community leaders worry that if the killings do not stop then they might not be able to prevent the Hazara youth from resorting to violence.

This article was originally published under the headline “No Let Up” in the July 2011 issue of Newsline.