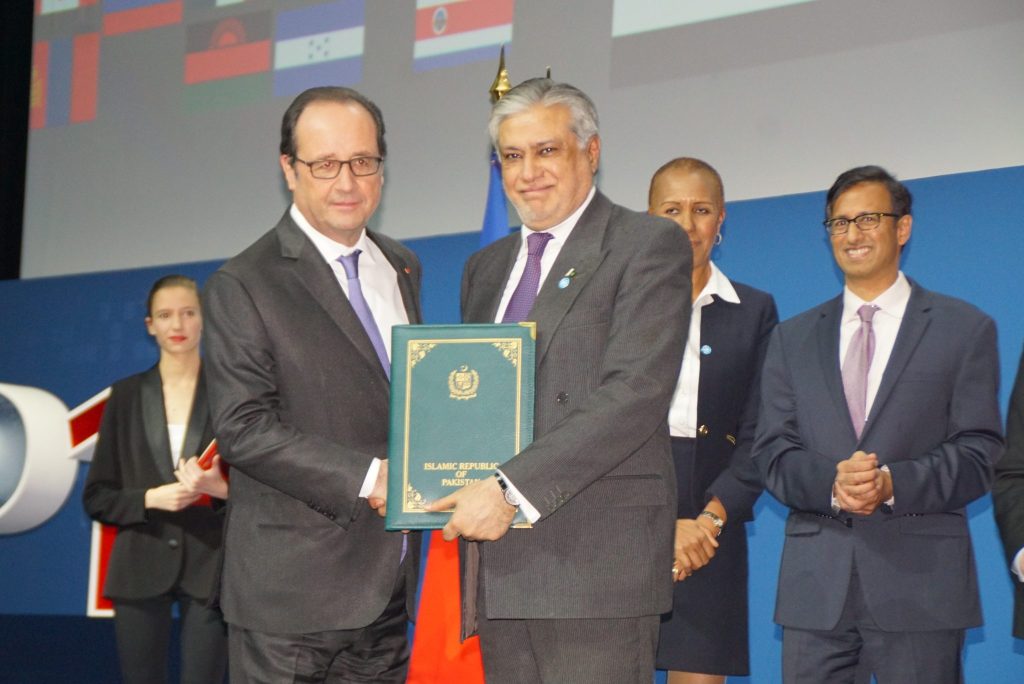 Before 2016 ended, Finance Minister Ishaq Dar signed a voluntary accord with the Open Government Partnership (OGP). This is an initiative that was launched in 2011, with the sole purpose of making any government (developed, developing or underdeveloped) more open, accountable and responsive to citizens. The OGP is a collaboration of multinational organisations ranging from Hewlett Foundation, Ford Foundation, USAID, DFID and Open Society Foundation. This multilateral platform focuses on four major values: transparency, accountability, citizens’ participation and technology and innovation.

It provides a platform for civil society and government to come together on these principles and work in close collaboration to achieve its objectives.

As part of the OGP family, the country initially makes two commitments. Firstly, it has to bring together government machinery and civil society organisations (CSOs) to formulate a two-year national action plan (NAP). The NAP is a list of commitments falling under the four prescribed values of the OGP. Once the commitments are formulated and approved by both the parties, they have to ensure that each of the commitments is met and addressed. The key is, once all the commitments are met, governments and CSOs move on to make a new set of commitments under a new NAP and so on and so forth. For instance, the UK, in its 2016-2018 NAP, has decided to ensure more transparency in natural resource agreements and businesses with government; while one of the commitments undertaken in Sri Lanka’s NAP (2015-2017) is to make the procurement system for local authorities in Sri Lanka more transparent and accountable.

The whole OGP platform is designed in a manner that it has the potential of filtering the benefits directly to the people, as well as government institutions. Government and CSOs will be working closely to address the issues defined in the NAP for their country. Each party will be facilitating the other in order to achieve the desired targets. While the government will be able to utilise its resources and authority, CSOs will be able to provide technical expertise to address the commitments. By addressing a commitment under NAP, the stakeholders, including citizens, CSOs as well as the government, will be working towards the revamping of public departments, service delivery institutions, businesses and policies in terms of openness, transparency, citizens’ participation and technological innovation. Thus working under the OGP will create an atmosphere of openness and accountability, leading a country towards democracy and good governance practices. The OGP is not limited to just developing or underdeveloped countries. Countries like the United Kingdom, Canada, Germany, Sweden, France and Ireland are also part of the initiative.

It is true that various initiatives, worth billions of dollars, are being disbursed across the world by assorted organisations to promote democracy, development and human rights. However, the OGP presents a unique and innovative platform that asks governments and civil society to come on one page, develop their own agenda and work to achieve those objectives. It provides a space to develop indigenous solutions to achieve transparency and accountability in the country.

Secondly, the progress of NAP is reviewed by a mechanism defined under OGP known as the Independent Review Mechanism (IRM). A group of experts are trained by the OGP to review the workings against each commitment in NAP. After reviewing the performance of the country against pre-defined indicators or parameters set by the IRM body, they publish an elaborate report. If any commitment has not been met, the IRM advises that the commitment be part of the new NAP. Therefore, if any commitment is made and approved, it has to be achieved.

While utilising the paradigm of creating a demand from the bottom-up and empowering the citizens at the grassroot level, the OGP partnership is intended to create an environment of making stringent policy changes regarding transparency, accountability, openness and technological innovation. For instance, Pakistan at the moment, presents very fragile policies on these values. Apart from the Right to Information law (that too varies from province to province), hardly any legislation exists to make the government more accountable, transparent and open to its citizens. In light of the current developments on the Panama case, any legislation on accountability is yet to see the light of day in Pakistan. Signing the OGP accord means Pakistan will have to revamp its policies and pass legislation to make the government more accountable and transparent.

Various countries have produced tremendous results under the OGP banner. For instance in 2014, the document paved the way for Mexico to introduce legislation that sought a formal alliance of congress and civil society. Similarly, the Access to Information law was pushed through in Paraguay in 2014.

Pakistan is among the 75 members of the OGP. It is the second country in South Asia, after Sri Lanka, that has become a member. Apart from the two, the Philippines, Indonesia, South Korea and Mongolia are other Asian members of the OGP. Interestingly, Bangladesh and India are yet to become its members.

Apart from being a good image-building exercise for the country, it provides a beneficial platform for our government to administer policies and strategies that will lead to the strengthening of institutions, thereby enhancing living standards of the millions of people living in abysmal conditions in Pakistan.