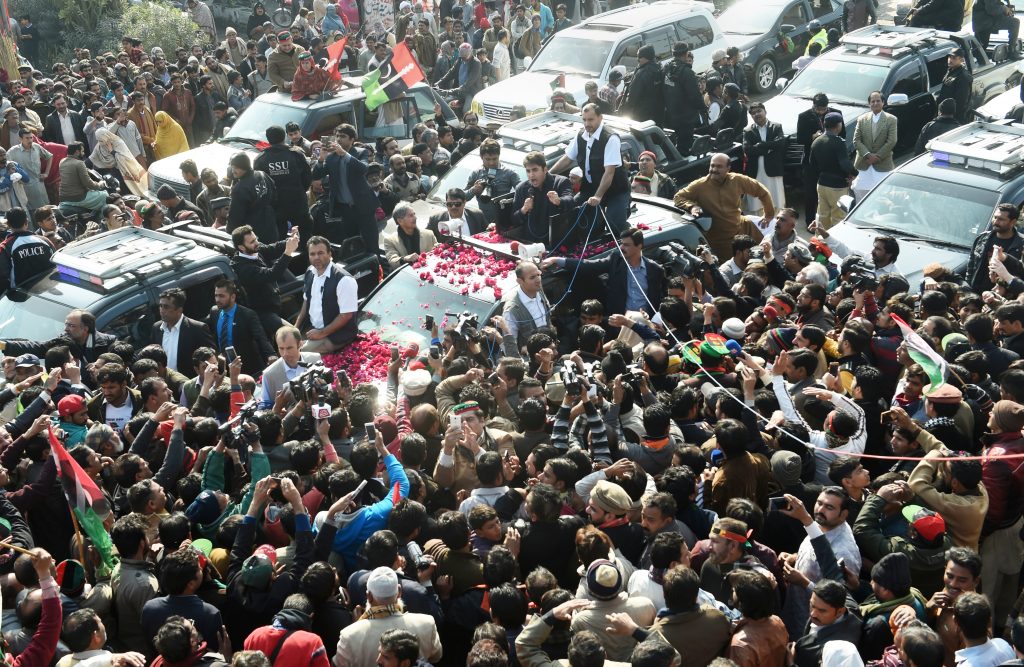 The Pakistan Peoples Party has seen floggings, prison and the gallows; its workers have set themselves alight, and its leaders have been hanged and assassinated. For two generations, it remained the hope of millions of poor Pakistanis who fought dictators under its banner and believed that it would change their destiny. But after its suicidal journey of the past several years, its fortunes have plummeted to depths never witnessed before. As it struggles to revive itself, the question is: can this party of martyrs rise like a phoenix and reclaim its glory, or is it destined to become ashes discarded in the dustbin of history?

It is not unusual for political parties to begin their journeys as political movements led by charismatic leaders. In more developed countries, such movements evolve into robust institutions in time, managed through a process of internal democracy. This enables them to respond to internal and external challenges and adjust to changes in the political and social environment. Where institutionalisation is avoided or ignored, however, it becomes a challenge for parties to survive after losing their founding leader. In many Asian countries, the institutionalisation gap is filled through a “routinisation of charisma” — i.e. by handing the throne to a family member, usually a son or a daughter.

There is a long list of political parties in Pakistan that were buried alongside their founders because leaders were not survived by capable children to succeed them. Two of the three major national parties, i.e. the PTI and the PML-N, are still headed by their founding fathers, while the PPP is going through a process of the fourth transfer of leadership — with the mantle being handed to the third generation of the founder — but this process appears ill-managed and fraught with dangers for the party.

Very often, the process of succession also entails a reformation or rebirth of the party. When Zulfikar Ali Bhutto was hanged, Benazir Bhutto did not simply inherit and run the party left by her father. Brick by brick, she built a new party in an extremely hostile and challenging environment. And as a result, she was able to lead a democratic movement while keeping a firm grip on Pakistan’s complex constituency politics.

However, after Benazir’s demise, the Peoples Party has not been able to resolve its crisis of leadership. Her premature death did not leave any scope for a normal succession, and the party’s leadership abruptly changed hands from a charismatic global leader to one of the most maligned political figures in the nation’s history. The successor to the throne was a husband and son-in-law — relationships that do not qualify one for inheritance — thus creating a crisis of legitimacy.

The Peoples Party was fortunate to not just win the 2008 elections in the absence of its leader, but even to be able to complete its tenure. However, this period also proved to be the most unfortunate time for the party’s popular appeal, and eventually turned out to be its undoing.

Alongside internal factors, there were a host of external factors militating against the party. It took the reins of government at the juncture of the democratic transition and had to contend with an overbearing establishment with one foot in the saddle and an extremely hostile Supreme Court that created a constant logjam in the system, forcing the government to struggle for survival. 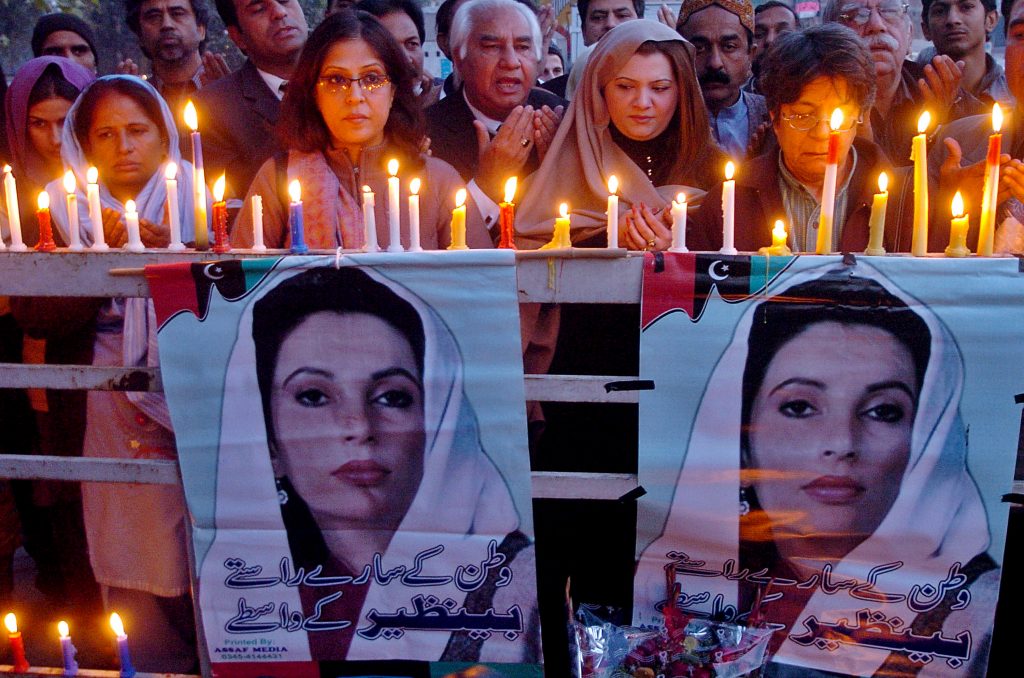 When the Peoples Party took power in 2008, the country had been hit by a global financial crisis and oil prices had surged from $50 per barrel in 2005 to more than $100 per barrel in 2008. Musharraf had responded by printing currency notes worth Rs 1.3 trillion in order to subsidise oil and electricity, which led to runaway inflation. As if these factors were not enough to contend with, the PPP government also had to deal with two disastrous floods, while Taliban-orchestrated terrorism crested during the period.

Despite widespread misgivings, the PPP under Zardari did not fare that badly. Zardari stuck to the Charter of Democracy and played a decisive role in the passage of the 18th Amendment to the Constitution. The 13th parliament (2008-2013) emerged as a strong institution, and it passed more legislation than any other in Pakistan’s history. In fact, only the 1973 parliament — the architect of the current constitution of Pakistan — passed more bills than the 13th parliament.

The Peoples Party was able to bring inflation down from 22 per cent in 2008 to 7 per cent in 2013, and Pakistan’s exports reached a record level during its tenure. They have declined ever since. However, the party could not benefit from any of these achievements.

For the common man, inflation is a complex concept. What they experience is a rise in prices. So the poor suffered hugely in the five years of PPP rule, as prices of essential goods almost tripled and the media linked this to the PPP’s corruption. This alienated the poor from the party, perhaps more than anything else.

To add to this, the PPP has done little to improve its image, and committed one blunder after another. One of these major blunders is rooted in Zardari’s misreading of the Charter of Democracy. The Charter was based on the premise that the absence of political norms allowed the establishment to manipulate political parties, and use them to its own advantage. It was meant to set the rules of the game, not to rig the game itself. Zardari, however, applied it to the game itself and refused to confront Sharif in a vigorous manner. Punjab’s vote bank had, by then, been squarely divided between the pro-Nawaz and anti-Nawaz blocs. The latter was up for grabs. But the PPP missed the boat and the vacuum created by its dithering was filled by Imran Khan’s PTI, which threw the party out of Punjab’s political arena, and turned the province’s politics into a two-way battle between the PML-N and the PTI. 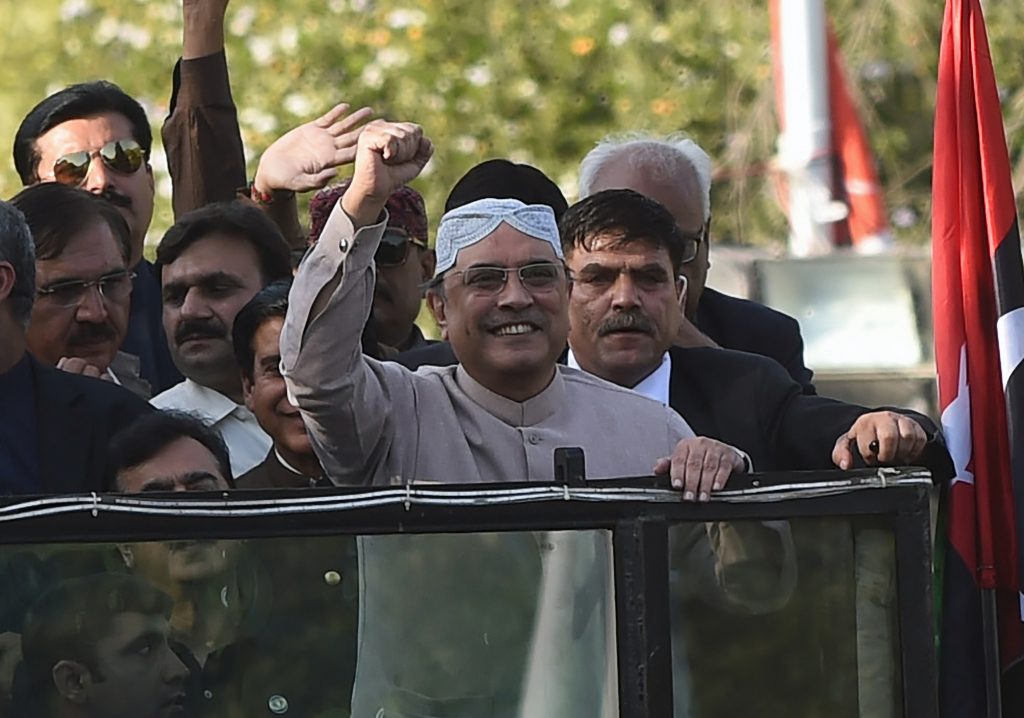 It is not easy to analyse why and how a right-of-centre party stole the vote bank from of a left-of-centre party. The PPP won 31 per cent of the votes in the 2008 elections. The PTI boycotted those elections, but in the 1997 and 2002 elections it garnered 1.5 per cent and 0.7 per cent votes. In 2013, the PPP was down to 15 per cent votes, while the PTI was able to bag no less than 17 per cent votes. However, the PML-N’s vote bank increased from 23 percent to 33 per cent. The PTI’s gains in these elections appear proportional to the PPP’s losses.

These numbers tell only a part of the story. In the 2013 elections, both, the number of registered voters and turnout increased substantially. Not only were there more than five million new voters, the voter turnout also increased from 44 per cent in 2008 to 55 per cent in 2013. It appears that alongside attracting PPP voters, the PTI managed to mobilise new middle class voters who had remained alienated from politics for a long time.

The Peoples Party now appears to have realised the mistake of not challenging Nawaz Sharif to attract anti-Nawaz voters. But this may not be enough any longer. The PPP needs to present itself as a credible alternative to the two other major political parties and get a firm grip on the new social realities.

While the PML-N presents itself as a party that can take the country into the new century through development, the PTI uses corruption as the cornerstone of its policy reiterating that this is the major hurdle stymying Pakistan’s entry into the developed world. It presents itself as the party that can build a new Pakistan by making it clean. Both parties keep a sharp focus on the middle class.

As a party that always claimed to fight for the rights of the common man, the PPP should have continued to focus on inclusive development and given a voice to the people who have been left out. Unfortunately, under Asif Ali Zardari, the PPP has turned into a party of the status quo. Without any real substance or policy, its populist slogans appear to mock itself. For example, the shameful neglect of the health and the education sectors in Sindh has affected the poor the most.

So before the PPP can even venture to portray a new image, it needs to resolve the image problem created by those posing as its custodians: Asif Ali Zardari, Faryal Talpur and their non-political cronies.

For a moment, it appeared that the Peoples Party had realised this problem as well. It went through a honeymoon period when Asif Zardari fled to Dubai, with its young chairperson, Bilawal Bhutto Zardari, making a brave speech, challenging the establishment. The party also took the risk of replacing the ageing and entirely loyal, risk-free Qaim Ali Shah, with a young and foreign-educated chief minister in Sindh. And Qamar Zaman Kaira, a capable and eloquent political leader, was given charge of Punjab, replacing Asif Zardari’s replica in the Punjab — Mian Manzoor Wattoo.

As a result of all these changes the PPP managed to earn some respite from the hitherto relentless media criticism, and after a long time its government in Sindh and its political activities began to be portrayed in a positive light.

And then came Asif Zardari. He returned to the country in December 2016 after 18 months, amid much hype, maintaining he was back to stay, and stating he would contest a seat in the next election. Overnight, the momentum was lost. It is hard to interpret the bizarre behaviour of senior Zardari. By reducing his son to second fiddle once again and sending mixed signals to voters, he took much of the steam out of the party’s desperate efforts at renewal. And even though he left for Dubai soon after for another indefinite period, it did not resuscitate the hope engendered by the new-look ‘minus Zardari’ party Bilawal, it was believed, had promised.

Perhaps the PPP has become content with ruling only Sindh. Or else it is sleepwalking to annihilation.