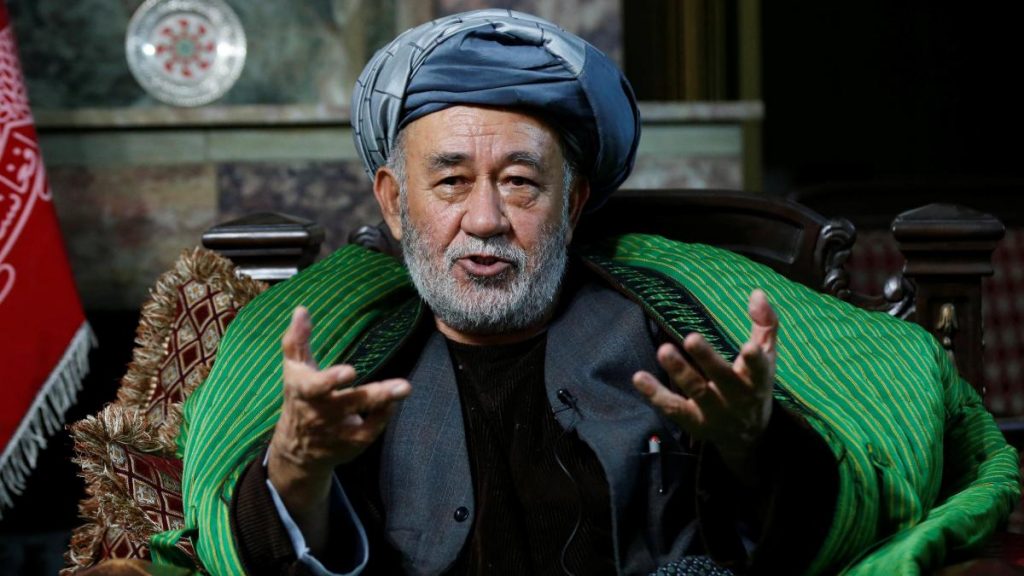 This winter in Afghanistan has been one of the bloodiest in recent years, despite the general observation that fighting subsides in this season due to the extreme cold weather and snowfall in many parts of the country.

There is growing concern that the fighting could further escalate by spring, when the Afghan Taliban traditionally launch their annual offensive and make use of the warm weather to make gains on the battlefield.

On the eve of the previous two springs, Pakistan, on Afghanistan’s request, tried to persuade the Taliban leadership not to undertake its annual spring offensive so that there was no further bloodshed and the right conditions were created for peacemaking. However, the Taliban went ahead with the spring offensive, named “Azm” (Resolve), in 2015 and “Omari” (named after late Taliban movement founder Mulla Mohammad Omar) in 2016. The Afghan government, too, launched its counter-offensive named “Shafaq” (Dawn) against the armed opponents, primarily the Taliban. This resulted in intense fighting and closed the door on any peace talks.

The rise in violence is taking place at a time when there is virtually no visible peace process underway to bring the long and bloody Afghan conflict to an end. In fact, there is very little hope that any new effort at peacemaking would lead to a durable solution. The peace efforts are also hampered by the deterioration in relations between Afghanistan and Pakistan, who continue to distrust each other. The differences in Afghanistan’s national unity government on the contours of the roadmap for peace, the rigid Taliban stance on pursuing a military solution of the conflict and the continued interference in Afghan affairs by regional and world powers are some of the other hurdles that stand in the way of bringing peace to this war-ravaged country. 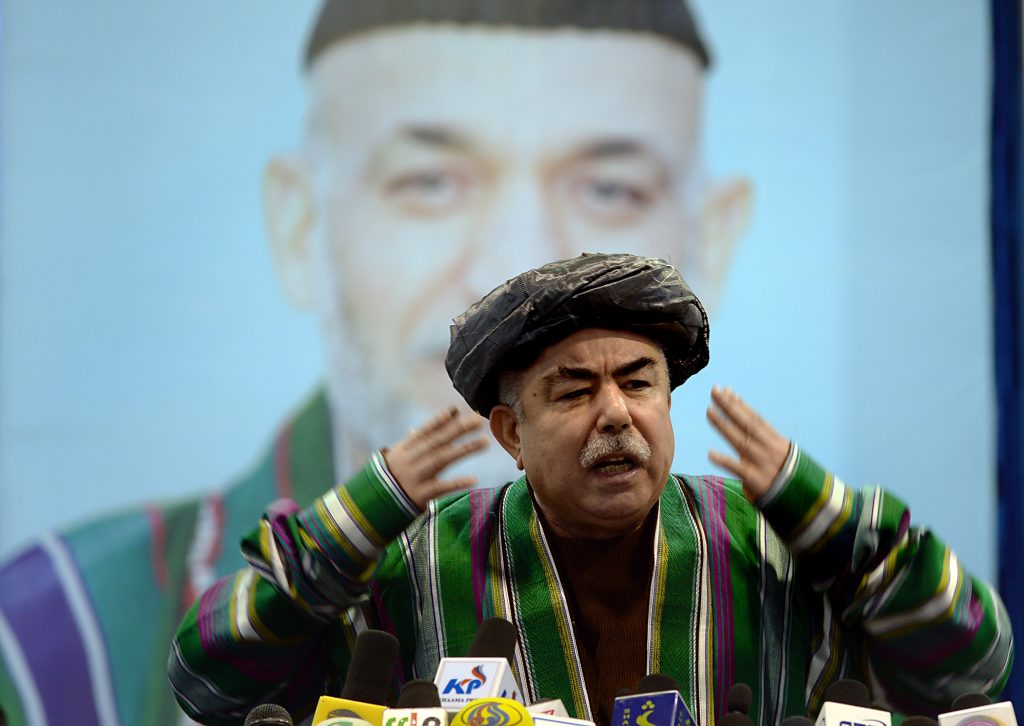 There are other distractions as well. The installation of the maverick Donald Trump as the 45th President of the United States of America, has inserted unpredictability and uncertainty into the situation, as he could change former president, Barack Obama’s policy towards Afghanistan as well as Pakistan. The US was, and will, remain one of the most important countries that could impact the future course of Afghanistan, because it is the biggest economic and military contributor in terms of the international assistance to the country. The growing Russian interest and role in the region, in cooperation with China and Pakistan, could alter the traditional alliances in Afghanistan and Pakistan, and impact the outcome of the Afghan peace efforts. Iran and India, too, have emerged as important players in the context of the Afghan endgame and their role — whether positive, or for that matter negative — cannot be ignored.

Much will also depend on the situation inside Afghanistan. The insecurity has increased, the economy is under pressure, unemployment is rising and corruption has spread. The national unity government of President Ashraf Ghani and Chief Executive Officer Dr Abdullah Abdullah has at times struggled to present a united front on critical issues facing the country. Differences on key appointments, and even on critical positions in the security establishment, have occasionally paralysed the government. The Parliament, which has outlived its life and is still in existence due to the inordinate delay in bringing electoral reforms and holding elections, has repeatedly shown its assertiveness by rejecting the government’s nominees for the cabinet and disqualifying a number of ministers. Fed up with the lawmakers’ tactics, the government approached the Supreme Court to decide the issue and asked the ministers to continue working until the court’s verdict. The MPs felt offended and have continued to demand that the ministers be sent home in keeping with the vote of confidence adopted against them by the Wolesi Jirga (People’s Assembly).

To make matters worse, the recent scandal involving General Abdul Rasheed Dostum, the Uzbek warlord who is presently the First Vice President of Afghanistan, has further revealed the weakness of the government and the impunity with which, warlords continue to defy the law. Dostum was accused of ordering the kidnapping of Ahmad Ishchi, his former ally and the once governor of their native Jauzjan province in northern Afghanistan. Ishchi, who is a tribal elder, alleged that he was raped and tortured at Dostum’s house in Shiberghan by his men and was freed only on the intervention of the intelligence agency, National Directorate of Security (NDS). With President Ghani’s consent, the Attorney General’s office started probing the incident and ordered the interior ministry to arrest Dostum’s nine bodyguards charged with kidnapping, torturing and raping Ishchi. Dostum claimed immunity being the first vice president and refused to hand over his bodyguards to the police. The Attorney General asked Arg, which serves as the Presidential palace and office, to help in getting the accused arrested, but it referred the matter to the interior ministry. This has become a test case for the government and it will establish if there can be any rule of law in Afghanistan, after years of lawlessness. Human rights activists, certain politicians and foreign diplomatic missions, including the US, had condemned the incident, but it won’t be easy for President Ghani to make his powerful vice president accountable.

As for any fresh peacemaking overtures, the two phone calls of the Pakistan Army chief, General Qamar Javed Bajwa, to President Ghani to wish him a happy New Year and to offer condolences on the recent deaths caused by three major bomb attacks in Kabul, Kandahar and Lashkargah sent a ripple of excitement among Afghanistan-watchers. One of the outcomes of Bajwa’s initiative was to get an invitation from the Afghan President to visit Afghanistan. This visit, expected to take place in the near future, would revive high-level contacts between the two countries and could lead to new peace initiatives. A similar effort by Pakistan’s retired army chief, General Raheel Sharif, had also aroused hopes in 2014-2015, but Pakistan’s attempt at mediation by facilitating peace talks between the Afghan government and the Taliban collapsed when news of Mulla Omar’s death broke out in July 2015 and his succession issue caused divisions in the Taliban ranks.

There are reports that the Taliban held two rounds of secret talks with US officials in Qatar, where the Taliban Political Commission is based. This is hardly surprising as the Taliban have always been keen to talk to the US as they consider it to be the real power in Afghanistan. The Taliban refusal to hold talks with the Afghan government remains a major hurdle in starting the peace process. Though Kabul has attempted to approach the Taliban leadership directly, after refusing to use Islamabad’s good offices due to its growing hostility towards Pakistan, the Taliban rebuffed all such efforts. Islamabad has rejected the Afghan government’s demand to take military action against Taliban members present in Pakistan, following their refusal to join the peace process. Islamabad has been arguing that such a move would bring the Afghan conflict, to Pakistan. Besides, Pakistan’s stand is that there can be no military solution of the Afghan conflict as the failed US-led Nato war against the Taliban has shown. Islamabad has also been highlighting the presence of Pakistani Taliban and Baloch separatists in Afghanistan and the use of Afghan soil by them and also India, to destabilise Pakistan. It has also been pushing for border management and intelligence sharing to jointly fight terrorism. Afghanistan has other priorities, such as the presence of the leaders of the Afghan Taliban and Haqqani network in Pakistan, and Islamabad’s unwillingness to either bring them to the negotiations table or to act against them. With such a wide divergence in their approach and priorities, it is unlikely that Islamabad and Kabul would agree to jointly fight against terrorism or undertake a workable peace initiative in the near future.