By Malik Khalil | Published 5 years ago 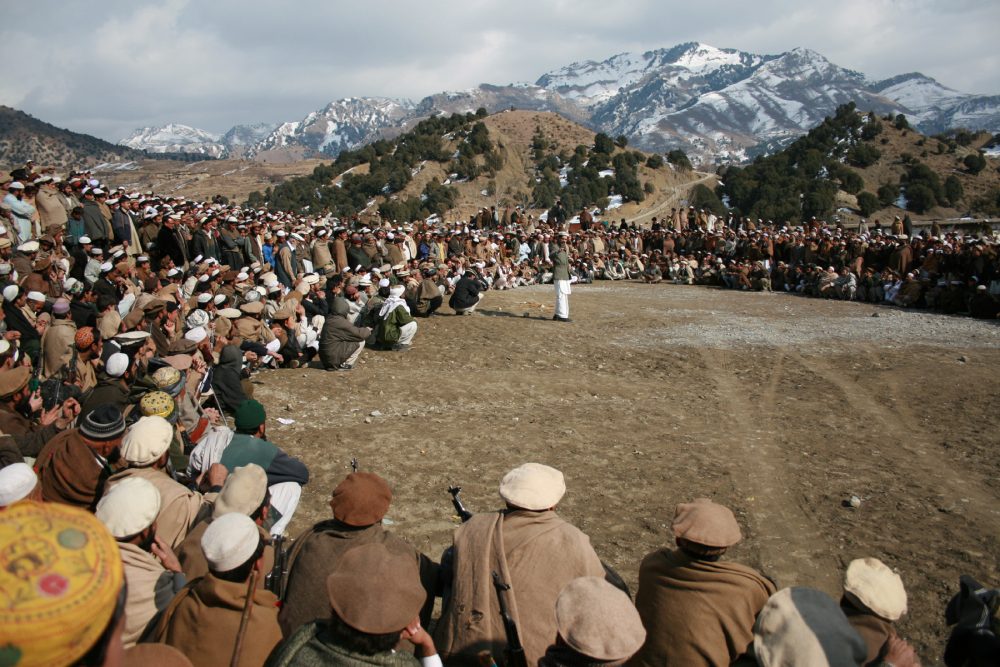 During the debate on reforms in the Federally Administered Tribal Areas (FATA) in the National Assembly, Mahmood Khan Achakzai of the Pakhtunkhwa Milli Awami Party (PkMAP) warned against any change in the status of the region, particularly its integration into Khyber Pakhtunkhwa (KP). According to him, FATA has historically remained a semi-autonomous area and hence, must retain this status.

The myth that FATA is a land inhabited by the Azad Qabail (free tribes), has not only been internalised by the local population — as is evidenced by the trucks, driven and owned by Pakhtuns from the tribal areas, on which are emblazoned the words Azad Qabail — but has also become part of the political rhetoric in the country in general.

Politicians, journalists and academics of all colours usually describe the tribal Pakhtuns as very brave and fiercely independent.

FATA is a semi-autonomous region comprising of seven agencies — Mohmand, Bajaur, Khyber, Orakzai, Kurram, North Waziristan and South Waziristan. The British, as was their wont, formulated a distinctive set of rules for the region — the Frontier Crimes Regulations (FCR) — which, their propaganda said, embodied local customs and traditions. The British orchestrated and promoted this colonial myth of the Azad Qabail to control the region rather than govern it as other parts of British India. Pakistan inherited it in this form and has failed to decolonise the region to date.

Historical evidence, legal precedents and present ground realities negate the claims of those who think of FATA as a distinctively semi-autonomous region. Constitutionally, FATA is still in limbo after nearly 70 years; the region is part of Pakistan, but its inhabitants have been denied their political and civil rights. Neither the country’s parliament nor its judiciary has any jurisdiction. It is the bureaucracy that calls the shots in these tribal areas.

The FCR, an inhuman and draconian law, puts a single person, the Political Agent, at the head of the administration, judiciary and revenue collection in each tribal agency. He is empowered to punish and sentence an entire tribe for a crime committed by a single person from that tribe, through the clause of collective responsibility. None of his decisions can be challenged in higher courts because of a lack of jurisdiction. So millions of people in FATA are left at the mercy of a bureaucrat and under a repressive law regime. Such is the autonomy of the so-called “free” and “independent” tribals.

British colonialists viewed FATA as a second line of defence — the first being Afghanistan — against Russia, and it was thus made a buffer zone. The policy was to control, rather than govern these areas for strategic purposes. The British occupied the important routes and stationed enough troops in FATA to guard their interests. They co-opted local elders by paying them money, and followed a policy of non-intervention in local matters, as long as the tribes did not challenge British authority. This non-intervention in local matters has wrongly been perceived as the FCR being in line with local customs and tradition.

British forces fought those who challenged their interest in these areas. The deployment of British Indian troops in Waziristan against the Faqir of Ippi, who rose against the government, is a case in point.

The status of FATA needs to be seen in the wider context of the political machinations of the British in India. British India was not a monolith state; rather, it comprised of areas with different forms of government and hence statuses, which suited the colonisers.

The idea of calling the people of FATA Azad Qabail was conjured up by the British, which helped create the false illusion that the people of the area were actually free and independent. This propaganda not only quelled resistance to British rule but also helped them rule the region with more ease. And clearly, the narrative was so firmly entrenched in the nation’s mind, that it has not only outlived the British, but continues to thrive long after their departure.

After 1947, Pakistan adopted the colonial way of controlling FATA instead of mainstreaming it. By virtue of the instruments of accession that they signed with the new country, the tribals were guaranteed that as long as they remained loyal to Pakistan — the main plank of these agreements — the government would not intervene in their affairs. However, the freedom or independence of the tribes was not categorically stated anywhere in the agreements.

The proponents of the theory of Azad Qabail posit that with the withdrawal of troops from North Waziristan, as ordered by Jinnah after the partition of India, Pakistan conceded the semi-autonomous status of FATA. The communication between the then governor of NWFP, and Liaquat Ali Khan reveals that the withdrawal of troops from Waziristan by Pakistan was not because of respect for the freedom and autonomy of the tribes, as is popularly believed, but because of the strategic necessity to deploy these troops on the border with India.

Although the tribal areas have been neglected throughout the country’s existence, Pakistan has never ignored any threat, real or perceived, of losing FATA.

To cement Pakistan’s authority in the region and quell the Pakhtunistan movement, Zulfikar Ali Bhutto visited the tribal areas and vowed to bring about the infrastructural development of the region. That didn’t happen, and during the Cold War era it was turned into a jihad factory to oust the USSR from Afghanistan. Pakistan’s post 9/11 war on terror has mainly been fought in the tribal areas, and the terrorist outfits which challenge the authority of the state have remained a major target. This speaks for the strategic interests of the state vis-Ã -vis FATA.

As to the legal position on the status of FATA, the Supreme Court, in the Superintendent Customs, Torkham Vs Zewar Khan Case, observed that the tribal areas are an integral part of Pakistan. No one has challenged this position, including Achakzai’s PKMAP.

FATA is not the only area sharing the Durand Line with Afghanistan. This line stretches from Gilgit-Baltistan to Balochistan. Thus Afghanistan’s territorial claim is not FATA specific.

It is evident that Pakistan has only focused on retaining and consolidating its controlling authority in the region without extending the rights and privileges of its citizenship to the people in the area. And because it has a different administrative and governance set-up from the rest of Pakistan, FATA has generally been falsely perceived to be a semi-autonomous region.

To add injury to insult, the Taliban exploited the absence of a formal governance system in FATA and over-turned the traditional tribal system led by Malaks (local leaders) by killing more than a thousand Malaks during the post 9/11 insurgency in FATA. They established their own administrative and judicial rules and controlled different areas. Now, after ousting the militants from FATA, the military controls the region and has established the writ of the state in the tribal areas once again.

Mahmood Achakzai’s stance on FATA can partly be attributed to his Pakhtun nationalist politics, but it is the myth of Azad Qabail that forms the core of his understanding of FATA.

Whatever the decision on the future of FATA — and a decision is imperative — Pakistan must extend the jurisdiction of its parliament and judiciary to the tribal areas, and they must be dealt with through an overall governance perspective, rather than being controlled only for their strategic value. The people of FATA must be considered citizens, not subjects.