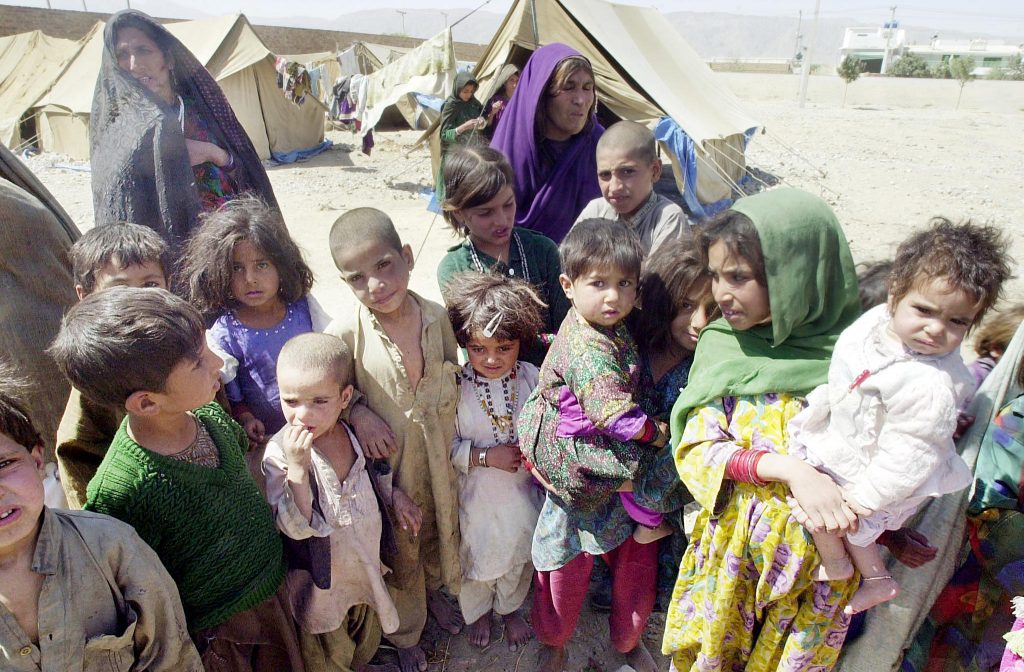 Pakistan is scheduled to have its sixth population census after a gap of almost 19 years. This has engendered a sense of excitement in other parts of Pakistan, but in Balochistan the census issue can potentially ignite a spark leading to another volcanic conflict in the province.

The census was supposed to take place in March 2016, but was postponed after opposition from the Balochistan government who asserted that the presence of Afghan refugees would disturb the demographic balance in the province. However, the Supreme Court has since ordered the federal government to carry out the census. In compliance with the court orders, the census will be conducted in two phases, starting from March 15, 2017.

Baloch opposition to the census is not hard to understand. Balochistan is a province where multiple ethnic communities dwell. According to the 1998 census results, the Baloch accounted for almost 65 per cent of the population, while Pashtuns accounted for 29 per cent. And according to the figures of the Pakistan Statistical Yearbook 2008, the Baloch-Pashtun ratio, as noted in the 1998 census, was being maintained. However, the house listing census conducted in 2011 showed a sharp increase in the Pashtun population in Balochistan, and that created a stir.

However, Habibullah Khattak, Chief Census Commissioner of Pakistan in 2012, admitted that there were massive irregularities in the house listing census in the Pashtun belt of Balochistan, where much higher results than the actual figures were shown.

That notwithstanding, Baloch politicians contend that Afghan refugees, numbering in the millions, who are overwhelmingly Pashtun, have acquired Pakistani citizenship documents and have blended in with the local population in Pashtun areas. Therefore, their fear is that a census in Balochistan, under the present circumstances, would include these Afghans, which, in turn, would result in the Baloch becoming a minority in their own province. This dramatic change in the demographics of the province can be a potential source of instability in the years to come.

In the federal structure of Pakistan the census is of paramount importance. Population is the determining factor for the distribution of financial resources among the provinces under the National Finance Commission (NFC). It is also used as the basis for awarding seats in parliament and federal jobs in the provinces.

This time, there are serious fears in Balochistan that the census will be controversial beyond acceptable limits. Baloch nationalists, who are opposed to the census at present, make a compelling case to support their arguments. They argue that there is an influx of Afghan refugees in the province who have merged in Baloch society. Among these, they say, are the 15,000 odd daily commuters who traverse the Pak-Afghan border. Then there are the half-a-million or so Afghan refugees originally based in UNHCR-designated camps, many of whom have now moved out of the camps and are living among the local population.

The third category of Afghan refugees comprise those who have acquired Pakistani citizenship documents illegally. Although there is no definite way to ascertain their number, they are believed to be in the range of 500,000 to three million people. The presence of Afghan refugees in such huge numbers would enhance the Pashtun population, thereby resulting in them outnumbering the Baloch population. 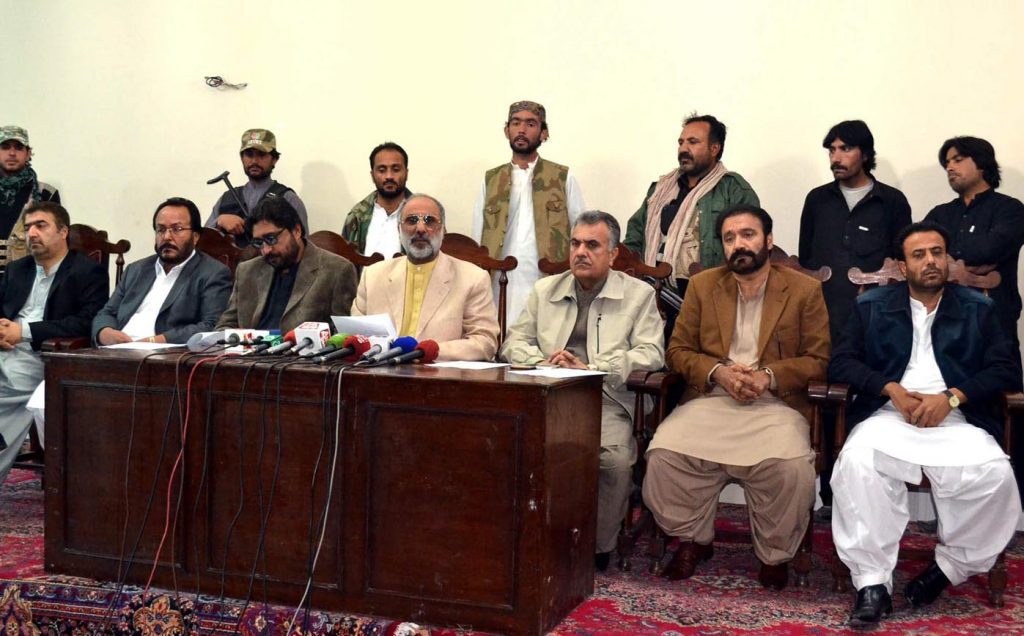 Baloch nationalists also argue that on one side there is the presence of Afghan refugees, and on the other, an absence of Baloch people in different areas due to an ongoing low-level insurgency. Hundreds of thousands of Baloch have migrated from their homes in Kohlu, Dera Bugti, Awaran and other places to Sindh and Punjab. This segment of the Baloch population will probably not be counted in the census. They also argue that there are still many no-go areas in the Baloch belt where it will not be possible for the census staff to even enter, let alone count the people.

Agha Hassan Baloch, spokesman for the Balochistan National Party (BNP) — which is at the forefront of opposing the census in the province — told Newsline that the BNP has filed a constitutional petition in the Balochistan High Court and a review petition in the Supreme Court for delaying the census in Balochistan. “Holding a census in Balochistan would be unfair when there is an influx of Afghan refugees and a displacement of the Baloch population. So we are opposing it by knocking on the doors of the court and also through political campaigning,” he said. Several tribal groups in the Pashtun belt, such as the Kakar Jamhoori Party, Pishin Qaumi Jirga and Zhob Qaumi Jirga, also fiercely oppose the presence of Afghan refugees in Balochistan and support the stance of the Baloch nationalists about the census.

The Pashtunkhwa Milli Awami Party (PkMAP), led by Mehmood Khan Achakzai, which is part of the Balochistan government, meanwhile, is the leading proponent of the census in the present scenario. Achakzai even called for giving Pakistani citizenship to Afghan refugees. The PkMAP dismisses the reservations of Baloch nationalists vis-a-vis the Afghan refugees. It contends that they want to hide the real demographic situation prevailing today and continue to go by the figures of the last census where the Baloch were shown as the majority population.

Likewise, other Pashtun-dominated political parties in Balochistan such as the JUI-F, ANP and Pashtun politicians in the PML-N, such as Senator Sardar Yaqoob Nasar, are on the same page as PkMAP in opposing the claims of Baloch nationalists and supporting the census.

Anwaarul Haq Kakar, spokesperson for the Balochistan government, told Newsline “the government of Balochistan will make every possible effort to make the census fair and transparent. We will involve the army, NADRA and mobilise all possible resources to ensure that only Pakistani citizens get counted in the census in Balochistan.”

Although it is considered ‘best practice’ to conduct the census regularly, there have been instances when a census has been delayed for many years due to conflicts and controversies. For example, a census was conducted in Myanmar in 2014 after a gap of 31 years! In Sri Lanka, the census was conducted in 2001 after a gap of 20 years due to the Tamil insurgency. There has not been any proper census in Afghanistan since 1979. India, meanwhile, has found an intelligent way of depoliticising its census. Since 1971, the Indian population’s census has not been a basis for constituency delimitation or resource distribution — usually major conflict points. They have devised alternative formulae to resolve these issues.

More importantly, the security situation in Balochistan is finally showing signs of improvement after a decade-long period of disturbance. People are reentering the mainstream slowly, the sense of alienation is lessening, and the support for insurgents is on the wane among the masses. Now, if the Baloch were to become a minority in their own land as a consequence of a controversial census, then all these gains would be lost overnight. The success of the CPEC is subject to peace in Balochistan. But it can be endangered due to a demographic imbalance in Balochistan. In such an event there will be an increase in the support for the Baloch insurgents by the local Baloch population, a situation which can only be beneficial for India and Afghanistan who are believed to have increased their intervention in the province. Therefore, the federal government has to decide whether it can afford to hold a census in Balochistan in such a scenario.

The Supreme Court has ordered the government to conduct the census in Pakistan. If the census is conducted in all of Pakistan, excluding Balochistan, that would account for 94 per cent coverage of the country’s population. This would be tantamount to compliance with the Supreme Court order, to a large degree — at least

Hopefully, in the next few years, the security situation will improve and Baloch IDPs will be able to return to their homes. By then a significant portion of the Afghan refugees should also have been repatriated to Afghanistan. And the CPEC, if up and running, would also help bolster the federal economic pool which is distributed, based on census outcomes.

Therefore, based on a cost-benefit analysis, it is in the national interest of the country to delay the census in Balochistan. Projected population figures can be based on the data accumulated in 1998, subject to a population increase rate. After a few years, when the situation has stabilised and the reservations of Baloch nationalists have been addressed, the census can be safely conducted.